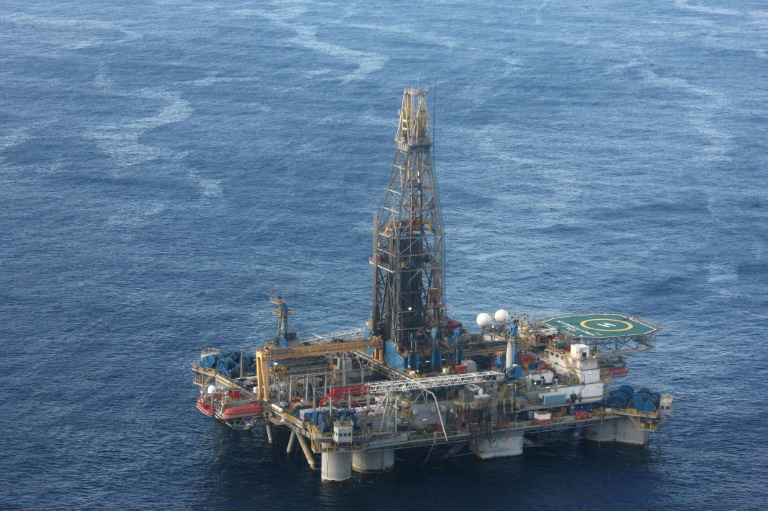 Egypt is looking to use its vast, newly tapped undersea gas reserves to establish itself as a key energy exporter and revive its flagging economy.

Encouraged by the discovery of huge natural gas fields in the Mediterranean, Cairo has in recent months signed gas deals with neighboring Israel as well as Cyprus and Greece.

In the past year, gas has started flowing from four major fields off Egypt’s Mediterranean coast, including the vast Zohr field, inaugurated with great ceremony by President Abdel Fattah al-Sisi.

Discovered in 2015 by Italian energy giant Eni, Zohr is the biggest gas field so far found in Egyptian waters.

The immediate upshot has been that since September, the Arab world’s most populous country has been able to halt imports of liquefied natural gas, which last year cost it some $220 million (190 million euros) per month.

Coming after a financial crisis that pushed Cairo in 2016 to take a $12 billion loan from the International Monetary Fund, the gas has been a lifeline.

Egypt’s budget deficit, which hit a record 103 percent of GDP in the financial year 2016-17, has since fallen to 93 percent.

Having met its own needs, Cairo is looking to kickstart exports and extend its regional influence.

It has signed deals to import gas from neighboring countries for liquefaction at installations on its Mediterranean coast, ready for re-export to Europe.

In September, Egypt signed a deal with Cyprus to build a pipeline to pump Cypriot gas hundreds of kilometers to Egypt for processing before being exported to Europe.

That came amid tensions between Egypt and Turkey — which has supported the Muslim Brotherhood, seen by Cairo as a terrorist organization, and has troops in breakaway northern Cyprus.

In February, Egypt, the only Arab state apart from Jordan to have a peace deal with Israel, inked an agreement to import gas from the Jewish state’s Tamar and Leviathan reservoirs.

A US-Israeli consortium leading the development of Israel’s offshore gas reserves in September announced it would buy part of a disused pipeline connecting the Israeli coastal city of Ashkelon with the northern Sinai peninsula.

That would bypass a land pipeline across the Sinai that was repeatedly targeted by jihadists in 2011 and 2012.

The $15-billion deal will see some 64 billion cubic meters of gas pumped in from the Israeli fields over 10 years.

Independent news website Mada Masr reported that Egypt’s General Intelligence Service is the majority shareholder in East Gas, which will earn the largest part of the profits from the import of Israeli gas and its resale to the Egyptian state.

Kamal said he sees “no problem” in that, adding that the agency has held a majority stake in the firm since 2003.

“That guarantees the protection of Egyptian interests,” he said.

Ezzat Abdel Aziz, former president of the Egyptian Atomic Energy Agency, said the projects were “of vital importance for Egypt” and would have direct returns for the Egyptian economy.

They “confirm the strategic importance of Egypt and allow it to take advantage of its location between producing countries in the east and consuming countries of the West”, he said.

The Egyptian state is also hoping to rake in billions of dollars in revenues from petro-chemicals.

Its regional energy ambitions are “not limited to the natural gas sector, but also involve major projects in the petroleum and petrochemical sectors,” said former oil minister Kamal.

Minister of Petroleum and Mineral Resources Tarek El Molla recently announced a deal to expand the Midor refinery in the Egyptian capital to boost its output by some 60 percent.

On top of that, the new Mostorod refinery in northern Cairo is set to produce 4.4 million tonnes of petroleum products a year after it comes online by next May, according to Ahmed Heikal, president of Egyptian investment firm Citadel Capital.

That alone will save the state $2 billion a year on petrochemical imports, which last year cost it some $5.2 billion.

Egypt is also investing in a processing plant on the Red Sea that could produce some four million tonnes of petro-products a year — as well as creating 3,000 jobs in a country where unemployment is rife.

Jordan aims to import a third of its gas from Egypt