The United Nations in Egypt on Friday condemned the death of a 12-year-old girl in Assiut Governorate, Upper Egypt, after undergoing female genital mutilation (FGM) by a doctor.

“We are outraged that such senseless deaths still occur in 2020, despite progress made to eradicate this violent practice in terms of law reform, awareness raising, as well as direct engagement with local communities and religious leaders,” UN in Egypt said in a statement on Friday.

The UN also welcomed a statement by the National Committee for the Eradication of FGM denouncing this incident, and echoed its call for the perpetrators to receive maximum punishment.

The UN said it respected the ongoing investigation and the independence of the judicial process.

The girl’s death was reported on Thursday through the National Child Helpline (16000), administered by the National Council for Childhood and Motherhood.

Both the doctor and the victim’s father were reportedly arrested.

“While there has been a decline in the practice’s prevalence in the age group 15-17 years old by more than 13 percent from 2008 to 2014 (Demographic Health Survey 2014), efforts to abandon FGM should be accelerated, as a matter of urgency” the UN’s statement reads.

It added that “According to the Demographic Health Survey 2014, medicalization of the FGM practice is most common in Egypt, where eight out of ten girls who are cut were cut by medical personnel. When comparing mothers and daughters, trends of medicalization appear to be increasing sharply, whereby 37.9 percent of mothers had the procedure performed by a medical professional, compared to 81.9 percent of daughters.”

The UN added that it too is committed to supporting the National Committee for the Eradication of FGM in its efforts to eradicate it. The UN is also committed to working with Egypt’s authorities and society to protect all girls and women from FGM.

“FGM is a human rights violation and constitutes as a form of violence against women and girls. It is rooted in gender inequality, along with religious misinterpretation and cultural beliefs,” the statement reads.

“It can have long lasting physical and psychological implications and lead to injury and, as we have seen, death. The desire for social acceptance and avoidance of social stigma remains the single largest factor influencing FGM,” it added.

“A legislation was introduced criminalizing FGM in Egypt in 2008 through amendments to the Child Act (1996) and the Penal Code. In 2016, the law was further strengthened and penalties were harshened to stipulate a five to seven year jail sentence for anyone who commits the crime. The article also punishes, with a penalty of imprisonment for between one to three years, any individuals who escort the victims of such crimes to the perpetrators,” the statement said.

It concluded that “furthermore, the amendment punishes the crime with up to 15 years’ imprisonment if the act of FGM leads to the death of the victim or a ‘permanent deformity'”. 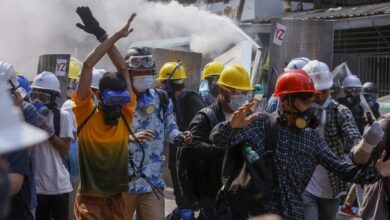