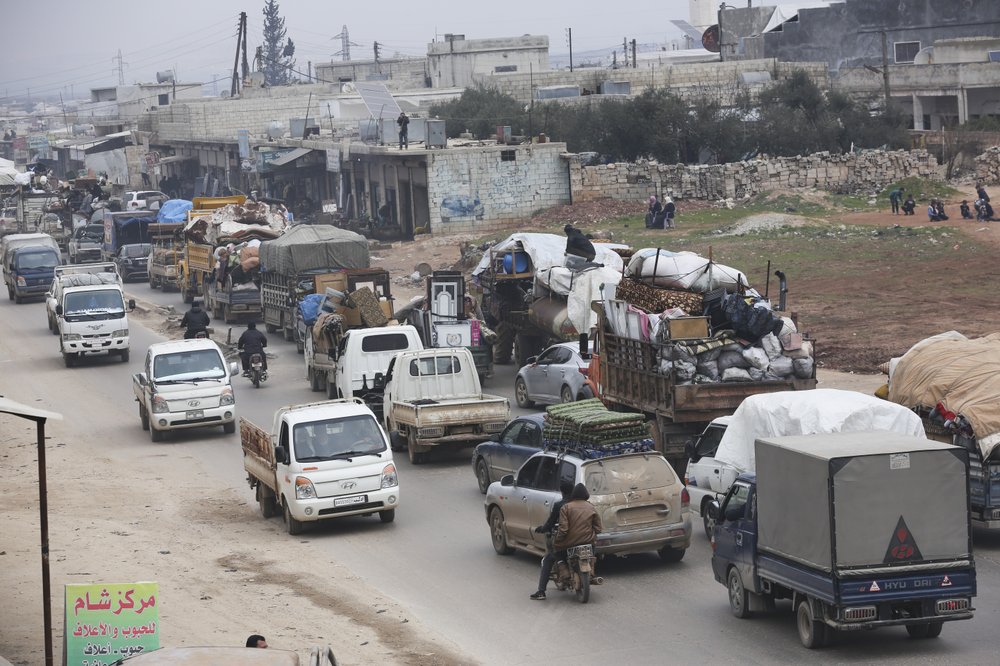 With U.N. humanitarian chief Mark Lowcock warning that medical supplies unable to reach the needy and tensions may be mounting because of “the inadequate humanitarian response,” Britain and the United States accused Russia and China of cutting away at a lifeline for millions of Syrians. China, in turn, said its critics were politicizing aid.

The jabs came as hundreds of thousands of Syrians have fled during a more than month-long Syrian government offensive in the northwestern province of Idlib, where al-Qaeda-linked rebels have their last stronghold in the country. Syrian troops this week captured one of the largest and most strategic rebel-held towns in the area.

An estimated 20,000 people in Idlib have been displaced in just the last two days, Lowcock said, calling the violence in Syria’s northwest “deplorable.”

“Under current conditions, humanitarian responders do not have the capacity to meet the level of need we are seeing,” he said.

In 2014, the Security Council began authorizing aid to Syria through four border crossings. The U.N. has said it supported about 4 million people in northwest and northeast Syria via cross-border aid deliveries.

Germany, Belgium and Kuwait, backed by the U.S., Britain, France and other council nations, initially wanted to add a fifth crossing point.

But key Syrian ally Russia, joined by China, vetoed that plan. They argued the situation in Syria had changed enough to warrant cutting two crossing points, both on the Turkey-Syria border, and working more closely with the Syrian government to handle aid. Their proposal ultimately prevailed in a vote hours before the Jan. 10 renewal deadline.

Now, 400,000 medical items are stuck on trucks in Iraq, where a crossing point closed, Lowcock said.

The U.S. and United Kingdom pointed fingers at Russia and China, with British deputy ambassador Jonathan Allen saying they “acted to prevent life-saving aid reaching those in need” while the Syrian government failed to do so.

“We cannot let that happen,” she said.

The remarks drew a sharp rebuke from Chinese Ambassador Zhang Jun, who called the claims a “totally groundless and unwarranted” display of “power politics.”

“Do you think we are still in a period of colonialism and the whole world has to side with the U.S. and the U.K.?” he asked. “The time has long gone.”

Syrian U.N. Ambassador Bashar Ja’afari suggested that champions of the cross-border aid system want to “continue to interfere in our domestic affairs.”

Image: Syrian flee the advance of the government forces in the province of Idlib, Syria, towards the Turkish border, Wednesday, Jan. 29, 2020. Syrian government forces captured one of the largest and most strategic rebel-held towns in the country’s northwest, the Syrian military and opposition activists said Wednesday, part of a Russian-backed military assault that has displaced hundreds of thousands of people fleeing to safer areas. (AP Photo/Ghaith Alsayed)

US committed to Syria fight; Missions up against IS: General