Cairo saw the launch of a regional United Nations initiative Monday aimed at helping governments around the word curtail the use and trafficking of nuclear, chemical and biological weapons of mass destruction (WMD) by "non-state actors."

Hosted by Egypt and organized by the UN Office for Disarmament Affairs, the four-day conference is being attended by delegations from several African nations, including the Democratic Republic of Congo, Egypt, Ethiopia, Ghana, Kenya, Libya, Mauritania, Morocco, Nigeria, South Africa, Sudan, Tanzania and Uganda.

The fifth of its kind since 2004, the event–funded by the US, the EU and Norway–is primarily devoted to discussion of UN Security Council (UNSC) Resolution 1540 and its implementation. Resolution 1540, adopted in 2004, obliges all member states "to refrain from providing any form of support to non-state actors that attempt to develop, acquire, manufacture, possess, transport, transfer or use nuclear, chemical or biological weapons and their means of delivery."

The resolution leaves it up to each state to identify "non-state actors"–a broad term used to refer to all non-government entities–and adopt measures aimed at curbing WMD-related activity according to its own domestic and regional circumstances.

In the conference’s opening session–the only part of the event open to the press–more than one UN official declared that there were no "one-size-fits-all" solutions to the threat posed by WMD. "The resolution is based on national implementation measures," Nikita Smidovich of the UN Office for Disarmament Affairs’ WMD branch, told Al-Masry Al-Youm.

The establishment of a UN protocol aimed at combating the use and trafficking of WMD was first called for by former US President George W. Bush in the wake of the 2003 US-led invasion of Iraq. In a September 2003 address before the UN General Assembly, he warned that WMD could potentially be used by terrorists in the region "to bring sudden disaster and suffering on a scale we can scarcely imagine."

Bush went on to say that the US, in addition to other states including Russia and Canada, had already begun working together to fight the risk of WMD proliferation and improve their capacity to "interdict lethal materials in transit."

"We’re determined to keep the world’s most destructive weapons…out of the hands of our common enemies," Bush declared at the time. "I ask the UNSC to adopt a new anti-proliferation resolution. This resolution should call on all members of the UN to criminalize the proliferation of WMD, enact strict export controls consistent with international standards and secure any and all sensitive materials within their own borders."

"Many countries are asked to adopt specific legislation that authorizes customs and border authorities to conduct searches aimed at identifying these items and to make the acquisition and manufacture of WMD by non-state actors a criminal offense," said Smidovich.

According to Daniel Shepherd, first secretary of the UK Mission to the UN and vice chairman of the UN committee on Resolution 1540, the protocol is intended to supplement already-existing anti-terrorism and non-proliferation laws and resolutions.

"It tackles the possible transfer of WMD in the non-proliferation architecture to non-state actors," Shepherd told Al-Masry Al-Youm on the sidelines of the Cairo conference. "It wasn’t so much a question of priority… and it’s not region-specific."

The 1540 committee, the mandate of which has been extended until April 2011, is also tasked with assessing the performance of signatory states. While the committee lacks any de facto powers of oversight, it can provide "recommendations" to states that have failed to meet resolution guidelines.

"The UN doesn’t tell anybody how to make their laws to put these measures into practice," Shepherd said. "But 1540’s terms are clear: states should have effective means of ensuring that WMD–and their means of delivery–cannot be transferred to non-state actors."

Under the resolution’s terms, states are expected to provide their own regular progress-assessment reports. Implementation, therefore, is based largely on an "honor system" in which governments are entrusted with implementing measures to the best of their ability and assessing their own performance in this regard.

Nevertheless, it remains unclear how states of the region stand to benefit from the initiative. After all, there is virtually no evidence to suggest that any regional non-state actors–including armed factions and militant resistance groups–possess anything in the way of nuclear, chemical or biological weapons.

Egyptian officials at the conference agreed that the threat said to be posed by WMD did not represent a serious concern for Egypt.

"There are no concrete examples of non-state actors acquiring such materials," Ambassador Khaled Shamaa of the Egyptian Foreign Affairs Ministry said. Nevertheless, he added, Egypt must implement the measures "because an international UNSC resolution has been passed on the issue."

Shepherd, for his part, conceded that incidents involving WMD represented "high-impact" rather than "high-probability" events.

Egypt’s first real brush with nuclear power came in 2006, when it unveiled plans to build a nuclear power station to provide the country with an additional source of energy. Since then, however, little has been reported on the program, while disputes have surfaced over where exactly the proposed facility should be located.

At the conference, Walid Zidan, senior inspector for the Egyptian Atomic Energy Authority, presented the provisions of Egypt’s nascent nuclear program "from a legislative perspective." Zidan told Al-Masry Al-Youm that details of the program were now in final-draft form and were currently awaiting approval by parliament. 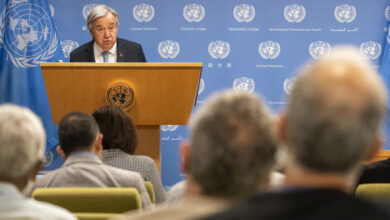 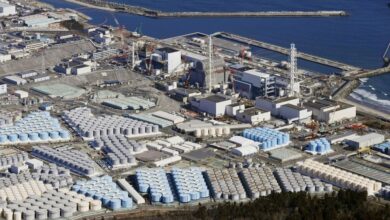