Wednesday’s massacre of Ahly Club fans in Port Said’s football stadium was the latest in a tragic crescendo for young Egyptians who continue to clash heavily with Egypt’s Central Security Forces.

And though the clashes have been continually analyzed since they began in January of last year, in my opinion the most important factor has yet to be discussed.

I believe we are witnessing a natural development in an inevitable conflict between two parties that have found themselves following two different paradigms of life: the paradigm of depression, control and normalization of apathy, versus that of joyful liberation from the shackles of social and institutional norms to create gratifying chaos.

The latter is what I call the politics of fun.

This conflict between two rhythms of life — one so dim it fails to realize its own fragility, stagnation and gradual extinction, and the other so young and full of life that it fails to realize the revolutionary consequences of its actions — is a useful one, and should be allowed to grow.

In fact, the chaos of the ultras, Egypt’s hardcore football fans, may play the role of waking up Egypt’s middle class, which continues to adhere to the myth of stability.

Some experts say that the ultras are a non-political group and their political power remains limited and so the entire phenomenon is not worthy of consideration.

In response, I recall the following:

When the 25 January revolution erupted, observers discovered that the only organized group in Egypt with the combative experience to deal with Central Security Forces and the Ministry of Interior was the ultras, not the Muslim Brotherhood, the April 6 Youth Movement or the National Assembly for Change.

They had mastered attack and defense strategies that helped reduce losses. They knew how to sustain active resistance. This became clear in the prominent roles they played in the battles of Qasr al-Nil Bridge, Ramses Street and the "Battle of the Camel."

Their history of continual confrontation with the oppressive Ministry of Interior was thus proved to be exceptional revolutionary action.

The 25 January revolution was, in essence, a fast moving, intrepid coup against a rigid and dim rhythm of life. It’s true that the Mubarak regime’s failed economic policies and oppression by police forces were the two most prominent reasons behind the popular uprising from a political perspective, but the movement also needed a bold adventurous spirit defiant of social norms to translate the feelings and expectations of the Egyptian people into huge popular protest.

The ultras' politics of fun provided this, and thus shaped the spirit of the Egyptian revolution.

The ultras phenomenon can be analyzed from two perspectives: the development of Egyptian football and sports fans’ traditions, or of youth culture during the last decade.

During the 1980s and 90s, cheering for football teams was simple and primitive. Football fans were either “professional” supporters, characterized as extensions of the football club’s administrative entity or linked with one of the prominent football stars — hence likely to be steered— or the recreational type, who headed to the football match after work or on Fridays hoping for a couple of hours' entertainment.

But the most important feature of the period was that rooting for football teams was detached from any broader emotional, social or organizational attitudes.

The globalization of football in the late 1990s and the beginning of the new millennium marked the birth of a new era for football in Egypt, characterized by the establishment of a broad football viewership with a range of rooting styles and values. This new football industry in Egypt, driven by market demand, also provided high profitability, opportunities for money laundering, advertising, and the circulation of financial resources.

This emerging market was invariably bound to depend on young fans as consumers of the language, behavior and tools of the new globalized football era.

It was in this environment that ultra groups came to life.

Ultras first appeared in Latin America and Mediterranean European Countries such as Italy, Spain, France, Portugal and the Balkans. In the Arab world, they began in Tunisia, and were soon followed by the appearance of ultras for the major Egyptian football clubs, beginning with the Ultras Ahlawy, Zamalek’s Ultras White Knights and Ismaily’s Ultras Blue Dragons, and smaller regional clubs such as Port Said’s Ultras Masry.

The revolutionary significance of the ultras phenomenon did not appear until 2007, when a series of clashes with security authorities began both in football stadiums and on the streets. Vandalism and violence also began to escalate between different clubs' ultras.

The key to understanding the ultras phenomenon is to imagine it as a way of life for these youth — for them, becoming a football fan became a symbolic action that was both joyful and a means of self-expression. But the broader social, psychological and cultural contexts were unable to adapt to the groups’ activities, by virtue of their rebellious nature and their defiance of norms.

The ultras can be described as having the following characteristics, from which the current protest movement has and continues to benefit:

Rooting for a team is a dynamic process, which includes supporting the team on the pitch, glorifying its achievements and defending it against its opponents. It is driven by a vague emotional code, which encourages an emotional attachment to the team. Winning or losing does not affect the group’s faith or cohesion. For example, the successive victories of Al-Ahly team did not relax the Ultras Ahlawy’s drive, just as Zamalek's successive losses did nothing to discourage the Ultras White Knights. Frustration never gets the best of them.

Organization is at the core of the ultras phenomenon, as practical necessity for managing the movement of fans with their teams to the various cities. Ultras remain proud of their group identity but at the same time members are free to be active in the streets as long as it does not conflict with the group’s purpose. This includes political activism. On 25 January, for example, the ultras did not initially join the protests as a group, but gave members the freedom to join on an individual basis. When it became clear that it was a revolution that involved major confrontations with security forces, the ultras made the decision to join as a group on 28 January 2011, called the Friday of Anger.

Ultras have always taken the initiative while attempting to outdo the cheering activities of the opposing team's supporters. From here came the term“cortege,” which was adapted from the street war terminology of Colombia, Brazil, and Argentina. It means going out in demonstrations as a show of power in the opponents’ areas of influence away from the stadium. Cortege sometimes leads to violence.

4. Refusal of patriarchy and traditionalism

The ultras refuse the tutelage of club heads when it comes to the determining what to do and what not to do. Most football clubs are institutions based on patriarchy and elitism. Ultras youth not only love their clubs, but also are not afraid to criticize a team’s policies. One historic development in Ahly’s case was Ultras Ahlawy’s constant criticism of the policies of the club's board with respect to its contracts with the players, coaches and management team.

The rebellious nature of the ultras also rejects puritanical ethical standards regarding "obscene insults", and the prevention of girls from attending the games. They also adopt unusual clothing and behavior that defy norms.

Despite the ultras' popularity and their important role during the revolution, none of their leaders have a media presence. These figures remain anonymous to outsiders. This appears to be a deliberate policy that can be explained by the ultras’ desire to uphold a group mentality (against the mass media’s traditional tendencies to create stars and to deal with representatives of phenomena). This secrecy cannot be compared to that of Masonic lodges — as perceived in some sensationalist cheap media coverage of Ultras — but is more comparable to the libertarian privacy that sets limits for itself against sensational media coverage.

The ultras define themselves as rebellious. Not only do they confront competitors in the form of sports teams and administrations, they also revolt against the sports media, which is permanently and aggressively biased against them.

The ultras also revolt against the Ministry of Interior, which is an organized, oppressive, brutal entity that does its best to ruin their fun for no good reason. The ministry has continually stepped up attacks on the fan groups as they have gained numbers and influence.

Due to the nature of its composition and its military mentality, the Ministry of Interior was not able to accept the idea of an organized group of several thousand members that is capable of mobilizing young people independent of any authority or guidance.

The ultras' insistence on continuing in their ways, despite the growing crackdown on them — which reached the point of imprisonment, arresting people in their homes and excessive inspections on entering stadiums (instigated directly by the media) – only provoked police officers further.

Confrontation was inevitable, and ultras’ found it during the 25 January revolution.

In the wake of the ministry’s collapse following the ouster of President Hosni Mubarak, the ultras have been the least responsive to media demands to turn a new page with the police forces. On the contrary, the Ultras Ahlawy and Ultras White Knights began writing songs and chants focusing on two things: the overwhelming and humiliating defeat of the Ministry of Interior by the ultras, and criticizing the institution itself by making fun of officers’ poor educational levels and the corruption inside its administration.

Following the 25 January revolution, the Ministry of Interior has again displayed retaliatory tendencies and the ultras have taken them on as an existential battle. Furthermore, the situation was expected to escalate following rumors that the government intends to control the numbers and “types” of fans attending football games.

After Wednesday’s massacre of the Ultras Ahlawy, I wonder about the ultras' future. Today, they and many Egyptians are fuming against national security and the Supreme Council of Armed Forces, who are widely perceived as responsible for the deaths of those joyful and defiant young people. The deaths of so many young football fans marks a turning point in the story of Egypt’s ultras and I wonder whether this tragedy will provoke them to develop their strategies and combat mechanisms so as to play an even more direct political and social role in the future.

Ashraf El-Sherif teaches at the American University in Cairo. This article was originally published in Arabic on Jadaliyya. 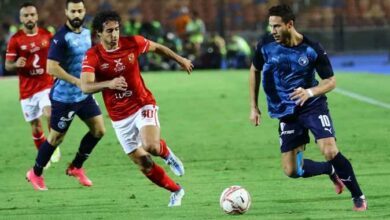