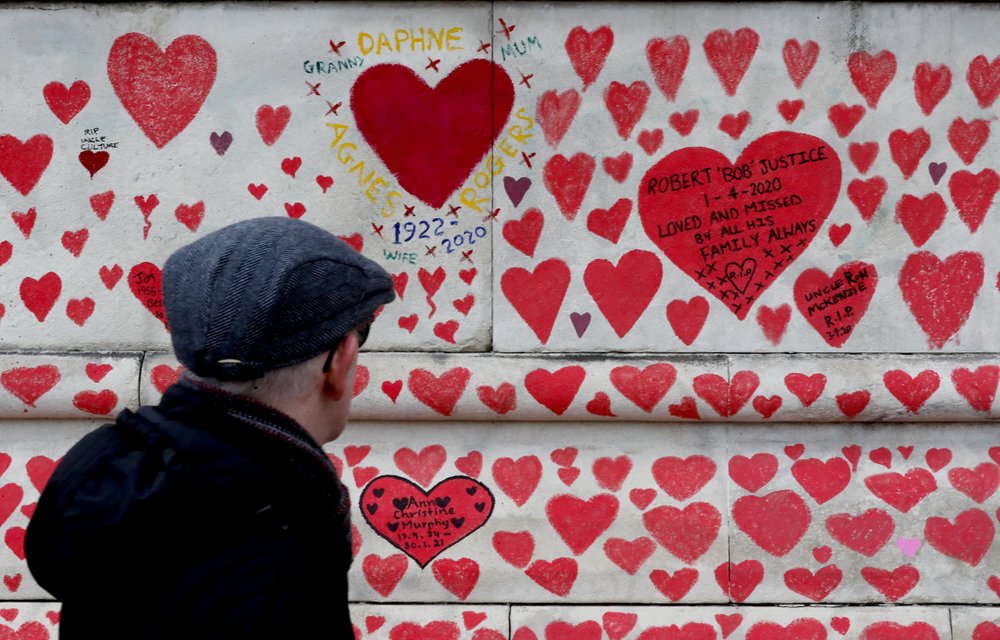 LONDON (AP) — The UK’s COVID-19 vaccination program is beginning to break the link between infection and serious illness or death, according to the latest results from an ongoing study of the pandemic in England.

Researchers at Imperial College London found that COVID-19 infections dropped about 60 percent in March as national lockdown measures slowed the spread of the virus. People 65 and older were the least likely to be infected as they benefited most from the vaccination program, which initially focused on older people.

The positive news came amid renewed scrutiny of vaccinations that followed revised UK government guidance Wednesday that it will offer people under 30 an alternative inoculation to the AstraZeneca shot where possible. The change followed studies that the shot may be linked to very rare blood clots.

Health Secretary Matt Hancock told Sky News that the public should reassured by the abundance of caution demonstrated by authorities to make sure the vaccine rollout is as safe as possible.

Some 31.7 million people had been given a first dose by Tuesday, or just over 60 percent of the country’s adult population.

But Imperial researchers also urged caution, saying that infection rates leveled off at the end of the study period as the government began to ease the national lockdown and children returned to school. Future rounds of the study will assess the impact that further easing of restrictions has on infection rates.

The next step in lifting England’s third national lockdown is scheduled for April 12, when nonessential shops will be allowed to reopen, along with hair salons, gyms and outdoor service at pubs and restaurants.

The findings are based on data gathered by the 10th round of Imperial College’s Real-Time Assessment of Community Transmission study, which conducts swab tests on a random sample of people across England each month. The latest round tested more than 140,000 people from March 11 to March 30.

Even though Britain has had one of the world’s fastest vaccine rollouts, its death toll from the pandemic is the highest in Europe at over 127,000.

IMAGE: A man walks past the National Covid Memorial Wall commemorating all those who have died of coronavirus, on the Thames Embankment opposite the Houses of Parliament in London, Thursday, April 8, 2021. Bereaved families want the wall of painted hearts to remain a site of national commemoration and are asking the Prime Minister to help make the memorial permanent. (AP Photo/Frank Augstein)