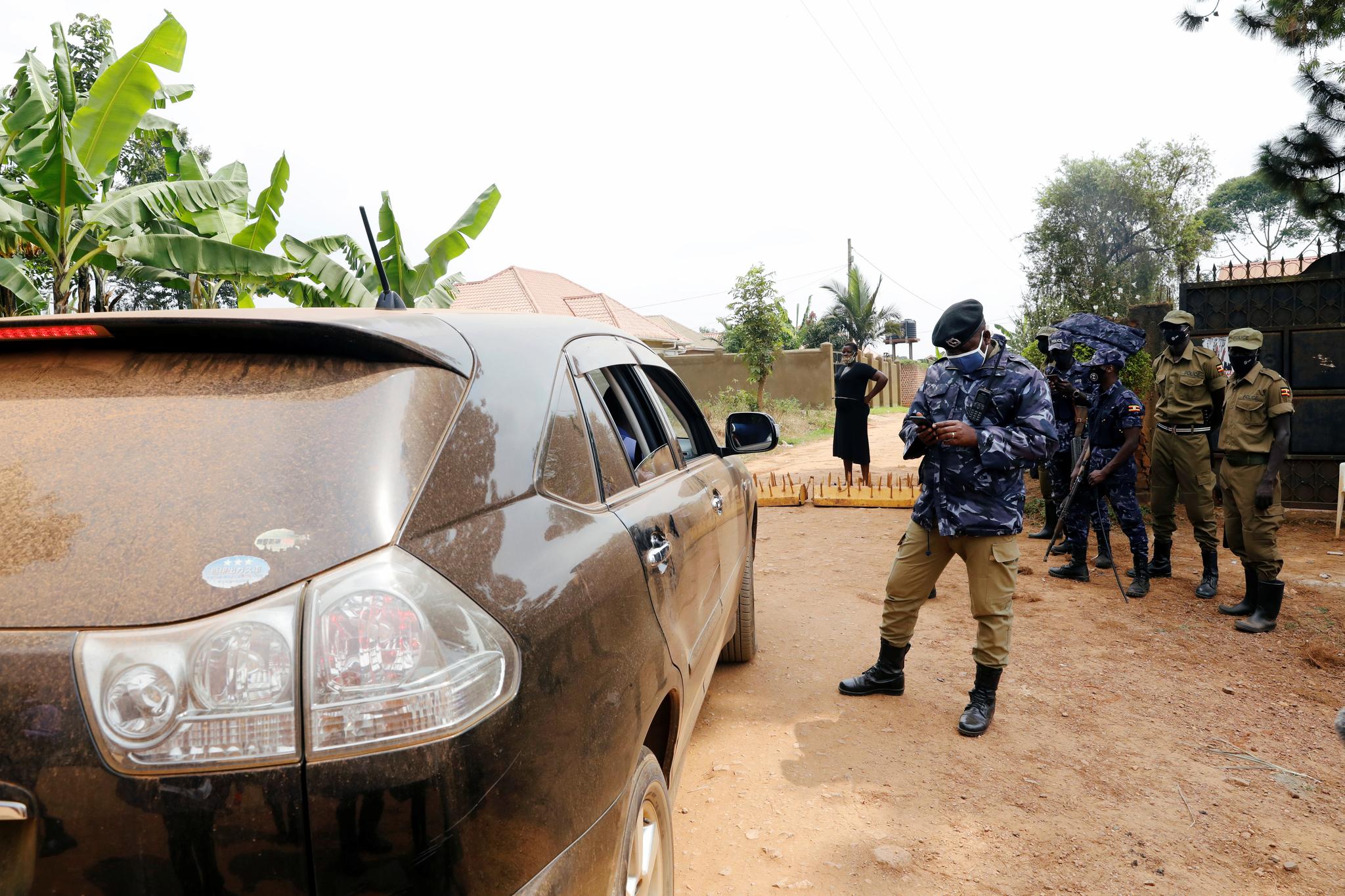 KAMPALA (Reuters) – Uganda’s government spokesman accused the United States on Tuesday of trying to subvert last week’s presidential elections after the US ambassador attempted to visit an opposition leader being held under house arrest.

The military surrounded the home of popstar-turned-legislator Bobi Wine, whose real name is Robert Kyagulanyi, shortly after he cast his ballot in Thursday’s presidential elections.

Incumbent Yoweri Museveni, 76, who has been in power since 1986, was declared winner of the poll with 59% of the vote against Wine’s 35 percent.

The sharp, public rebuke to the United States from the Ugandan government is relatively unusual as the two nations are allies.

The Unites States supports Ugandan soldiers serving in an African Union peacekeeping mission in Somalia and has donated about $1.5 billion to Uganda’s health sector in the past three years.

US Ambassador Natalie E. Brown was stopped from visiting Kyagulanyi at his residence in a suburb in the northern outskirts of the capital, the embassy said in a statement late on Monday.

The mission said Brown wanted to check on the “health and safety” of Wine, who became famous after years of singing about government corruption and nepotism, charges the government denies. Government spokesman Ofwono Opondo said Brown had no business visiting Wine.

“What she has been trying to do blatantly is to meddle in Uganda’s internal politics, particularly elections, to subvert our elections and the will of the people,” he said. “She shouldn’t do anything outside the diplomatic norms.”

Brown had a track record of causing trouble in countries where she has worked in the past, Opondo claimed, adding that the government was watching her.

There was no immediate comment from Brown or the embassy. The embassy has said last week’s vote was tainted by harassment of opposition candidates, suppression of media and rights advocates and a nationwide internet shutdown.

“These unlawful actions and the effective house arrest of a presidential candidate continue a worrying trend on the course of Uganda’s democracy,” it said.

The United States and the European Union did not deploy observer missions for the polls because Ugandan authorities denied accreditation and failed to implement recommendations by past missions.

During the campaigning security forces routinely broke up Wine’s rallies with teargas, bullets, beatings and detentions. They cited violations of laws meant to curb the spread of the coronavirus for those actions.

In November, 54 people were killed as security forces quelled a protest that erupted after Wine was detained for alleged violation of the anti-coronavirus measures.

Wine and his National Unity Platform (NUP) have rejected the results and said they were planning a court challenge.

On Monday security forces cordoned off the party’s offices in the capital. The party that was aimed at complicating their efforts to collect evidence of irregularities committed during the election.