WASHINGTON, Jan 19 (Reuters) – President Joe Biden and congressional Democrats suffered twin legislative defeats late on Wednesday in their push to toughen voting rights protections in the run-up to this November’s mid-term elections that will determine control of Congress in 2023.

In back-to-back votes late on Wednesday, Senate Republicans first blocked Democrats’ move to advance the voting rights legislation toward passage. It was the fifth time in less than a year that they did so.

They employed the decades old “filibuster” rule to stop the legislation, which requires the cooperation of at least 60 of the Senate’s 100 members to keep bills alive. The Senate currently is split 50-50.

In lightning speed, Senate Majority Leader Chuck Schumer, a Democrat, then moved to revamp the filibuster rule by lowering the 60-vote threshold to 50. This time, it was not Republicans, but Schumer’s own Democrats – conservatives Joe Manchin and Kyrsten Sinema – who put the final nail in the coffin by voting against the rules change.

With their year-long initiative stymied even after Republican-controlled states enacted bills that experts said were designed to suppress voting in federal elections, especially among Black, Hispanic and poor voters, the focus turned to a nascent bipartisan effort to pass far more limited election reforms.

(Don’t Miss: Biden blasts Republicans, asks party to name what it stands for)

Some of the changes they are discussing already have been dismissed by leading Democrats and civil rights groups as being far short of what is needed to guarantee easier access to the ballot in American elections.

“Let us not sink into the abyss of voter suppression; give us the ballot,” Schumer implored before the rules change vote. But he failed to sway Manchin and Sinema.

Senate Republican Leader Mitch McConnell warned against changes to the rule. “Factional fires are burning hot all across our country,” McConnell said, adding altering the filibuster rule “would shatter the Senate for short-term power.” 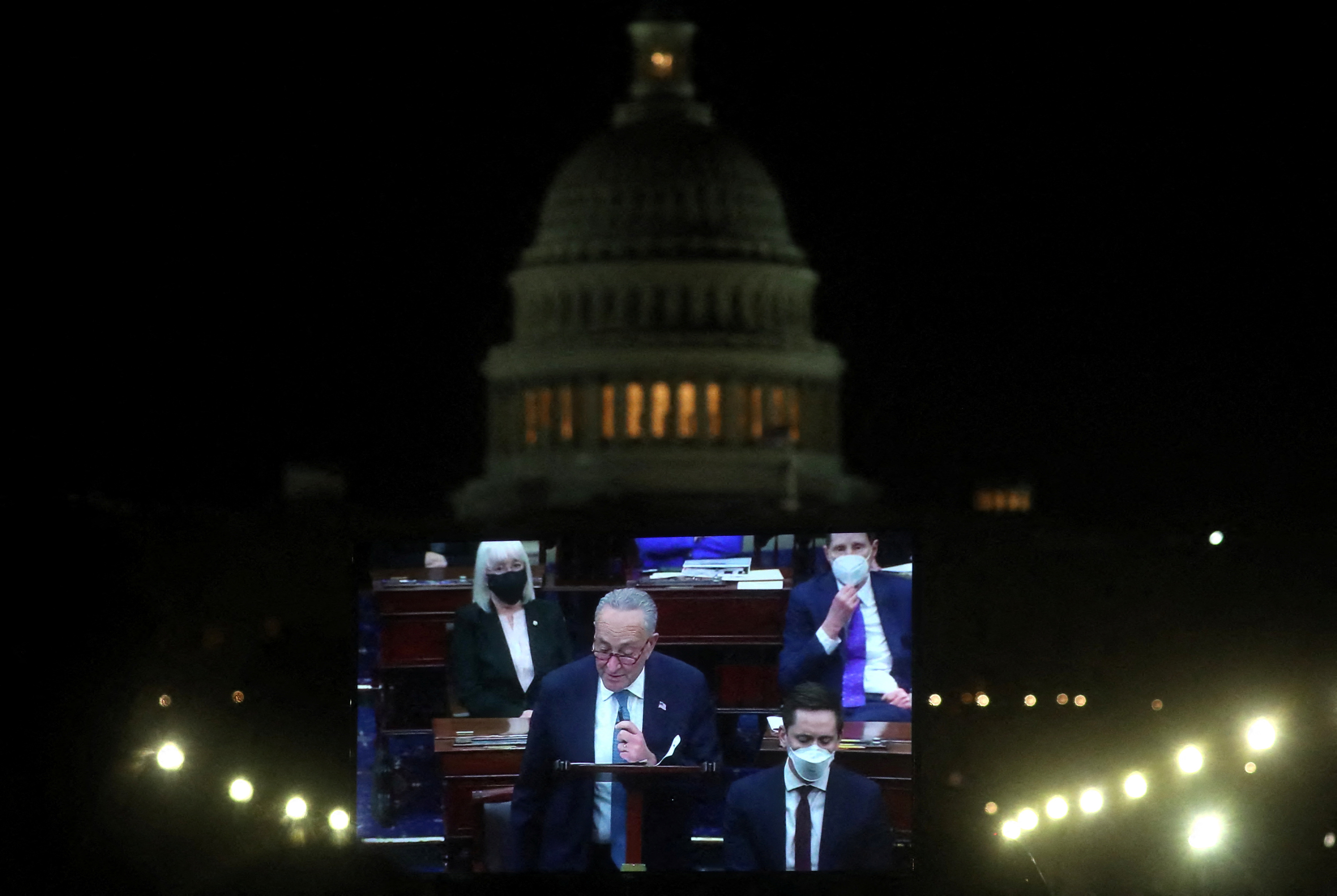 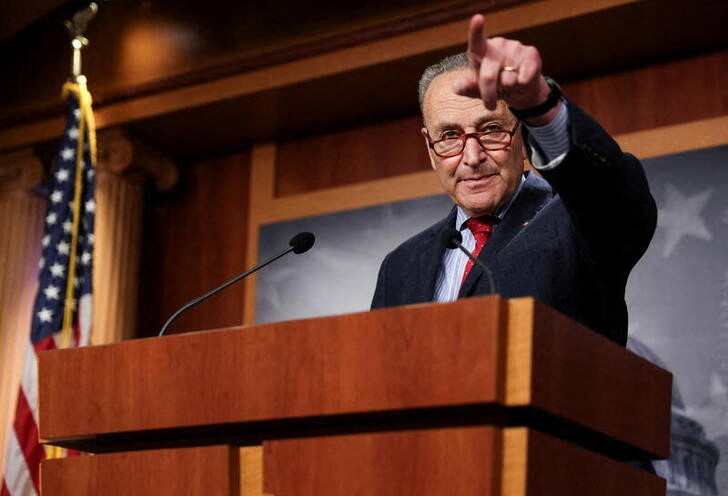 The U.S. Capitol is seen at sunset on the eve of the first anniversary of the January 6, 2021 attack on the building, on Capitol Hill in Washington, U.S., January 5, 2022. REUTERS/Elizabeth Frantz

Between 2016 and 2020, however, McConnell stoked partisan fires by first blocking then-President Barack Obama’s nominee to replace the late Justice Antonin Scalia on the Supreme Court, only to then ram former President Donald Trump’s three nominees through the Senate by scrapping the filibuster for those picks.

Now, with the 2022 mid-term elections heating up that will see the election of all 435 House of Representatives members and one-third of the Senate, the partisan fighting is only expected to deepen.

Senator Bernie Sanders, an independent who aligns with Democrats, left the Senate chamber late on Wednesday telling reporters that the party needed to go on the offensive.

He urged Schumer to schedule votes on popular initiatives, such as lowering prescription drug costs to consumers, expanding Medicare and improving child care. All are ideas that were bundled together with other domestic social program improvements and climate change remedies in a $1.75 trillion “Build Back Better” bill that is languishing in Congress.

The voting rights bill that was passed by the House but buried on Wednesday by the Senate would have established minimum federal voting standards so that any registered voter could request a mail-in ballot. It also would have established at least two weeks of early voting and expanded use of ballot drop boxes that make voting more convenient in many areas.

The Democrats’ legislation also would have attempted to remove partisanship from the way congressional districts are redrawn every decade. Currently, “gerrymandering” regularly tilts the field to whichever party is in power in the various states.

Democrats argued their bill would strengthen a democracy buffeted by domestic strife and the Jan. 6, 2021, violent riot at the U.S. Capitol at the hands of thousands of supporters of then-President Donald Trump. The rioters were trying to stop a congressional certification of Biden’s 2020 victory against Trump.

Underscoring deep divisions in Congress and throughout the nation, Republicans countered that Democrats had fabricated a crisis over voting rights and maintained that little or nothing needed to be done with the way states administer elections.

The final tally on limiting debate on the election reform bill was 49-51. No Republicans voted to advance it.

Then, all 50 Republicans plus Manchin and Sinema defeated the move to change the filibuster rule on a one-time basis by a vote of 52-48.

As the drama was playing out in the Senate, Biden told a news conference on Wednesday that he had not given up hope of advancing voting rights.

“We’ve not run out of options yet,” the Democratic president said. 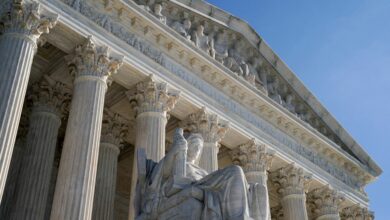 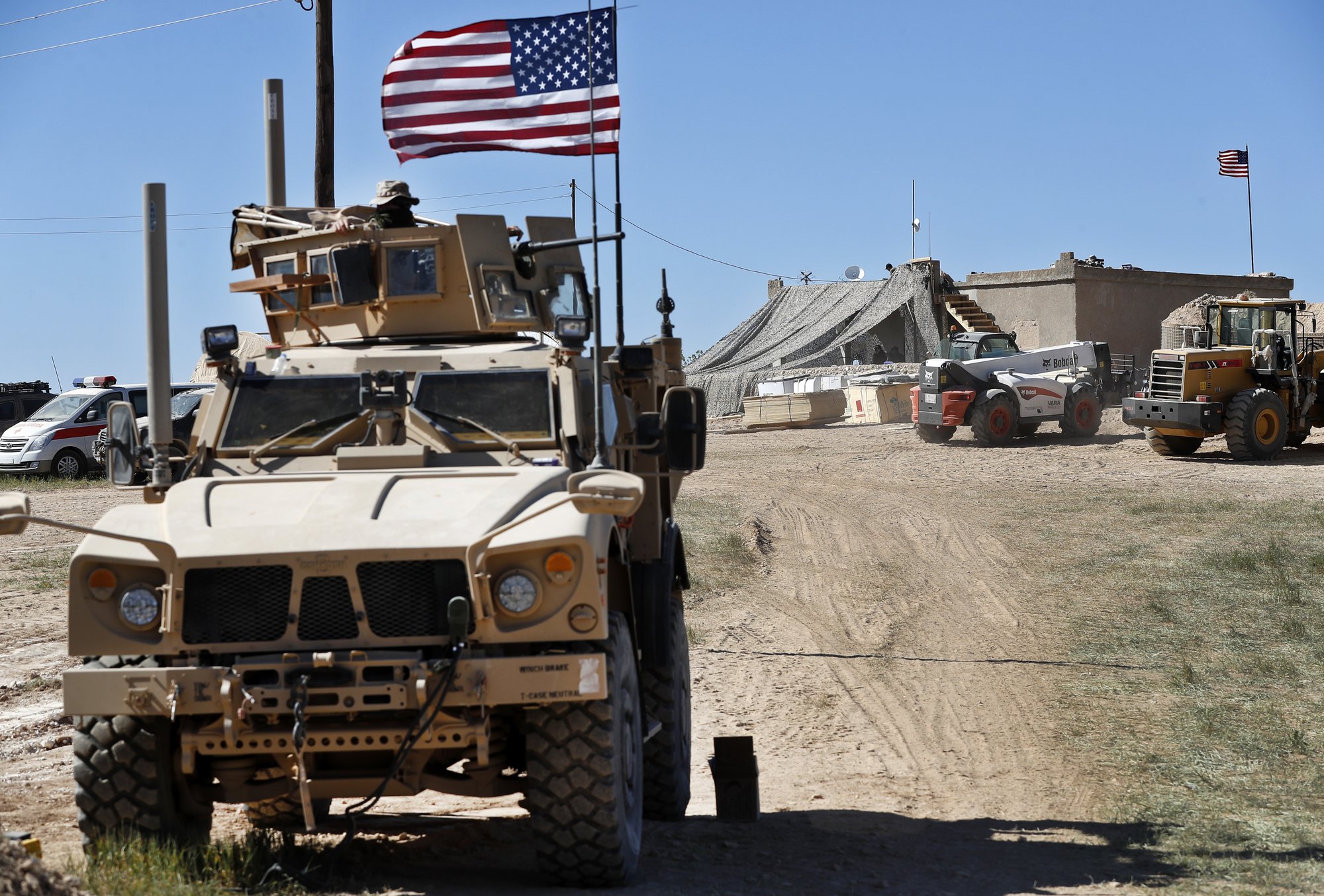