Dec 29 (Reuters) – The average number of daily confirmed coronavirus cases in the United States hit a record high of 258,312 over the past seven days, a Reuters tally showed on Wednesday, as U.S. officials weigh the impact of the more transmissible Omicron variant.

The previous peak for the seven-day moving average was 250,141 confirmed cases recorded on Jan. 8 of this year. Daily records were broken this week in at least seven European nations. read more

The surge comes as Americans travel over the holidays. Hundreds of flights have been cancelled across the country each day since Christmas as airline staff test positive for the coronavirus. The U.S. Centers for Disease Control and Prevention (CDC) said it was monitoring 86 cruise ships that have reported COVID-19 cases.

While some data from other countries showed less disease with Omicron, it was too early to gauge the impact across the United States, particularly given its uneven vaccination rates, CDC Director Rochelle Walensky said on Wednesday.

Still, she noted in a call with reporters that while the seven-day daily average of positive cases is up 60% over the previous week, the hospitalization rate for the same period is up only 14%, to about 9,000 per day. Deaths were down about 7% to 1,100 per day, she said. read more 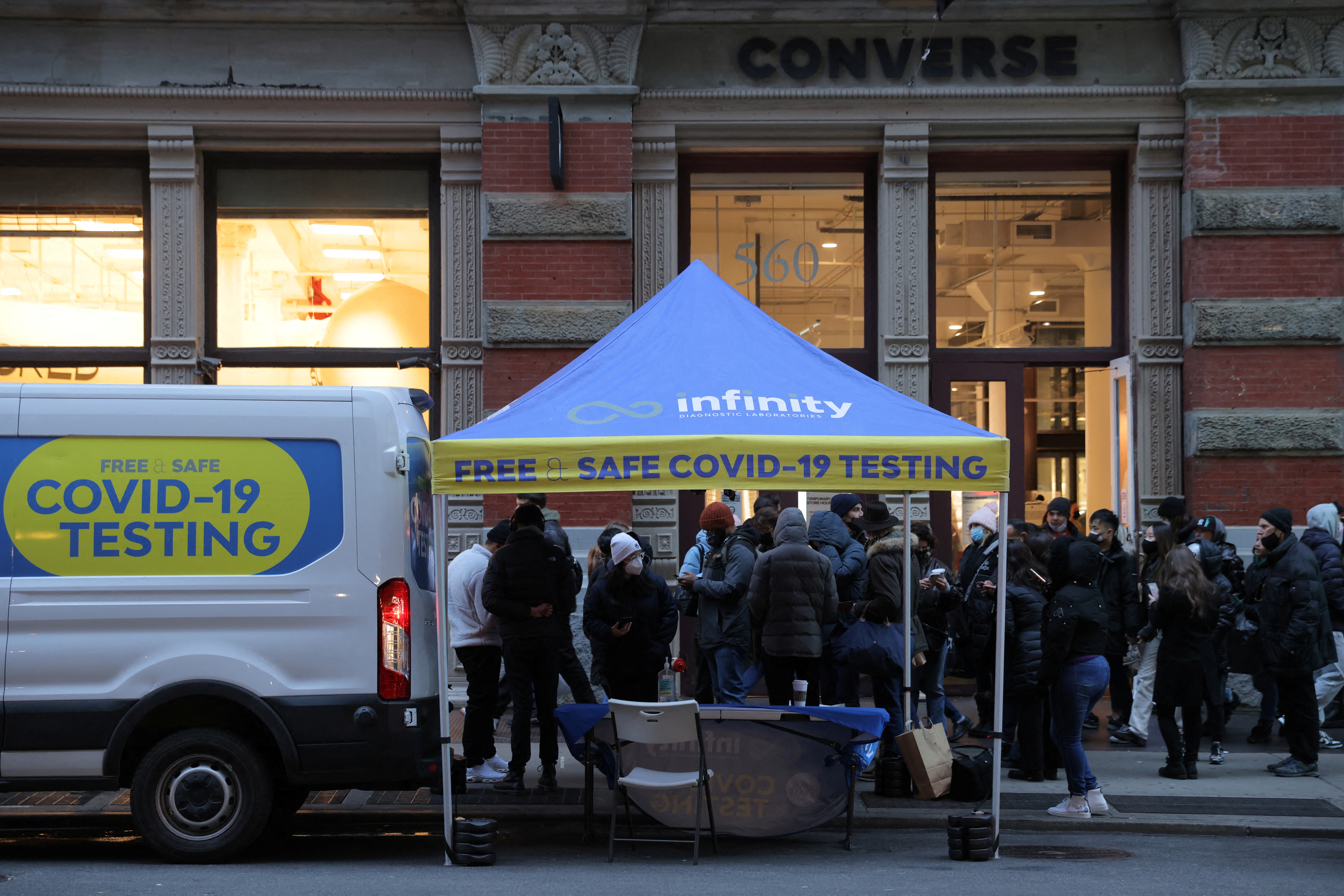 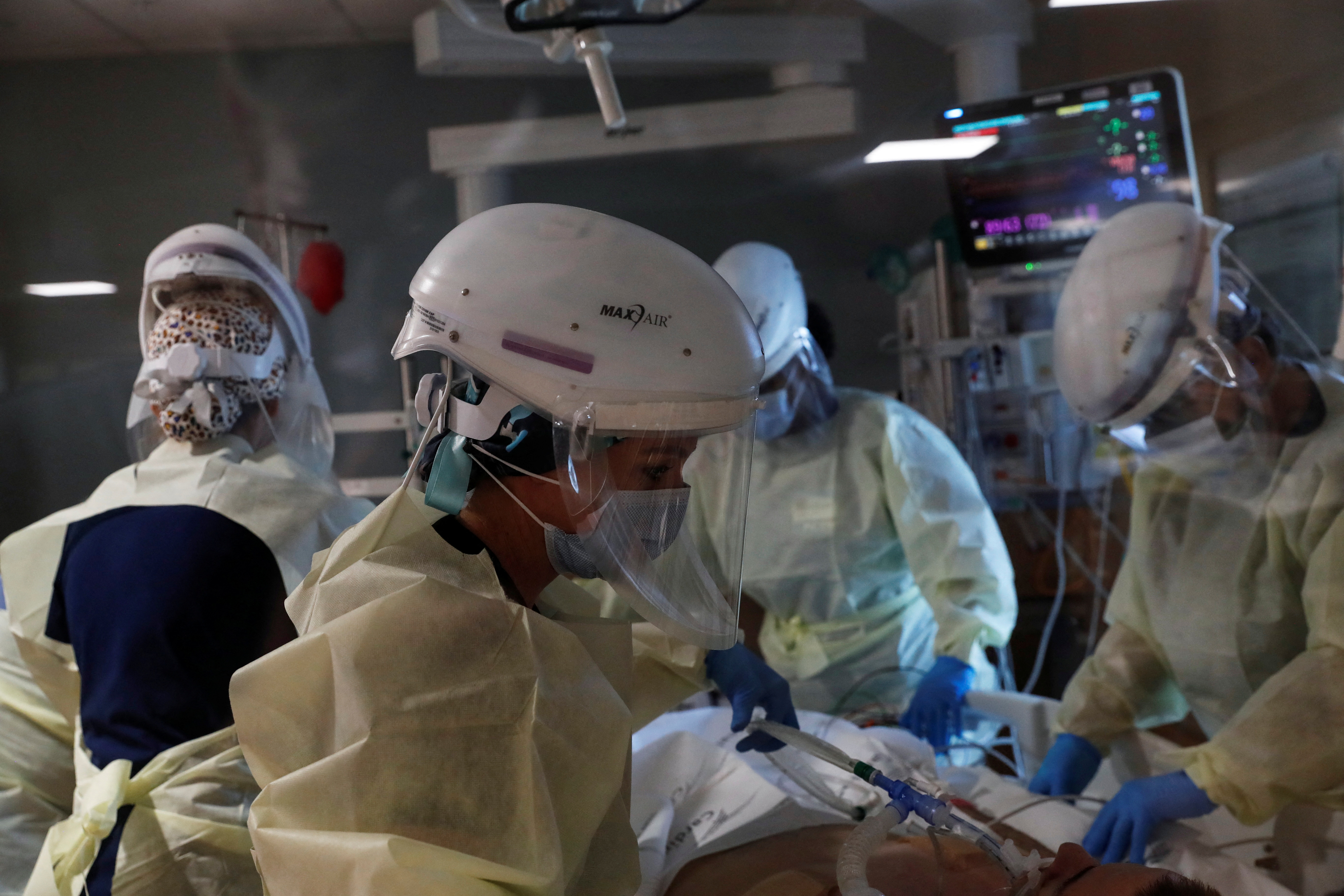 More than 76,000 people are hospitalized with COVID-19 nationwide, up 19% in the past 10 days, according to a Reuters tally.

The CDC released new guidance this week shortening the isolation period for people with a confirmed infection to five days from 10, so long as they are asymptomatic. The move was partly designed to ease staff shortages in hospitals, airlines and other vital services.

Some infectious disease experts, however, have faulted the policy for not distinguishing between vaccinated and unvaccinated people, who recover from the virus at different rates. The new policy also does not require testing to confirm that a person is no longer infectious before they go back to work or socialize. read more

States showing the highest daily infection numbers on Tuesday included New York, which reported 40,780 cases, and California, which reported over 30,000. Texas reported more than 17,000 cases and Ohio over 15,000.

The Omicron variant was estimated to account for 58.6% of U.S. infections as of Dec. 25, according to CDC data released on Tuesday. read more

North Korea is facing a Covid disaster. What does that mean for Kim Jong Un?