The 11th Panel Discussion of the Cairo Climate Talks was held last night at the Youth Leaders/Civic Education Center in Zamalek to discuss emissions reduction and clean development mechanisms (CDMs) in Egypt.

Titled “Reducing Emissions in Egypt –– CDM Put into Practise,” the event presented two up and running CDM projects in Egypt and featured keynote speakers from Germany and Egypt.

Ahmed Medhat, the Operational Manager of the CDM Awareness and Promotion Unit at the Ministry of State for Environmental Affairs, stressed that there are currently 13 fully operational projects in Egypt, 11 more in the registration phase and seven awaiting validation.

Many restrictions are laid out when it comes to approving CDM projects and certain criteria must be met, as stipulated by the UN, explained Marc Marr, Head of Carbon Project Services Perspectives MmbH, Germany.

Alternative fuel use in the cement industry is the first CDM project the panel discussed. Representing Cemex Cement as Egypt’s Sustainability Coordinator, Hossam Tharwat described how turning garbage into energy has helped reduce carbon dioxide emissions. Instead of burning oil in the kilns, alternative fuels such as agricultural waste, biomass, liquid waste and tires, among other wastes, are burnt.

Through the implementation of the alternative fuel project, Cemex has helped reduce the yearly “black cloud” of pollution that hovers over Egypt in the early fall; carbon dioxide emissions have been reduced by 400,000 tons equivalent per year.

Another major polluter, charcoal, has been scrutinized as there is an ongoing CDM project that deals with charcoal kilns and cleaner charcoal production  Charcoal has been acknowledged as one of the biggest pollutants in Egypt by Nader Hussein, a chemist representing the Environment Protection Society in Qalyubiya Governorate.

Hussein noted that there are more than 3,000 open pits in Egypt, though only 1,000 of these are legally registered. The majority of the kilns are very old-fashioned and produce charcoal in a traditional method which generates heavy carbon dioxide emissions.

In early 2012, the Ministry of State for Environmental Affairs and the Governorate of Qalyubiya arranged for a pilot charcoal kiln prototype. The new, mechanized kiln offers several benefits to its predecessor. It improves local air quality, reduces greenhouse gases –– especially methane emissions, which are particularly bad – protects the local water, land and agricultural resources, increases charcoal quality and productivity, all while using less land for production.

The new kilns also contribute to the increased health and safety of charcoal producers and the local population.

After the success observed with the pilot kiln, Nader is moving forward with his own charcoal kiln and said that people must be assisted while switching from heavily polluting methods to more eco-friendly methods. For this to happen, Nader said two things are required: suitable alternative techniques and official financial support.

Speaking about the public’s knowledge of such initiatives, engineer Mona al-Aguizy, Program Manager of the Climate Change Risk Management Program for the Environment Ministry, said that it is important to always raise awareness.  Aguizy remarked than a dramatic shift in awareness levels has been seen in the last four years, and that people are now much more aware of land, water and resources issues. Public awareness, she added, is ongoing, and there is more to come in the future in terms of outreach and activity implementation.

The Cairo Climate Talks were initiated in late 2011 by the German Embassy to further strengthen the existing relationship between Egypt and Germany in the fields of energy and the environment. Panel discussions are held on a monthly basis as a means of exchanging information and experiences, promoting awareness and encouraging cooperation amongst different sectors. Experts from Egypt, Germany and around the world take part to share their expertise.

The next Cairo Climate Talks event is scheduled for 27 January. 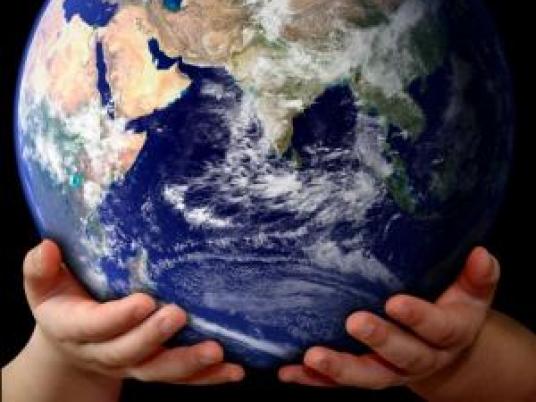 ‘What you won’t see, we will see’: Students tackle environmental issues