Two people were injured by a car bomb in the Russian-occupied city of Melitopol, according to a local official.

Vladimir Rogov, a Russia-appointed member of the Zaporizhzhia region administration, described the incident as a terrorist act.

“This is, of course, a terrorist attack, behind which are militants of the Kyiv regime,” Rogov told Russian state media outlet RIA Novosti.

The car exploded in a parking lot in front of Gorky Park in the center of Melitopol, he said.

Images and video of the incident show an explosion and fire in a car on a city street.

Ivan Fedorov, the exiled mayor of Melitopol, said that eyewitnesses report that the car was “blown up.” Fedorov is not currently in the city.

The identities of those injured is unconfirmed, but a well-known Russian blogger in the city said they were members of the Russian Security Service.

Several Russian-appointed officials in Ukraine have been assassinated or injured in similar attacks in recent months. 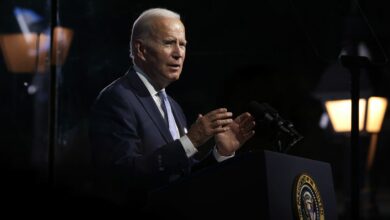 US expected to announce $275 million in security assistance for Ukraine