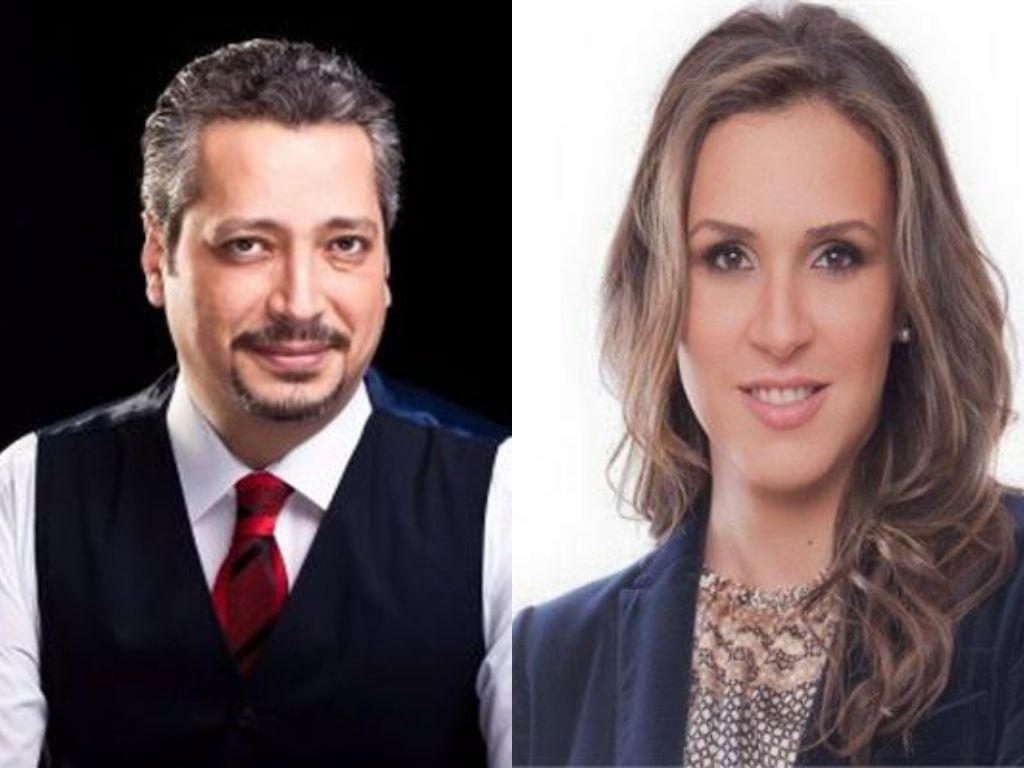 TV presenter Tamer Amin apologized to MP Rania Alwani, Alwani’s husband, and the National Council for Women (NCW) on August 26 for the sexist comments he made in a previous interview with Alwani on his late-night show Akher Al-Nahar (the end of the day).

“I am one of the media persons who are not ashamed of apologizing … and if the National Council for Women is displeased, I am sorry. I strongly respect women, and I respect MP Rania Alwani and her husband,” he added.

In his interview with Alwani on August 24, Amin asked Alwani about her personal and family life, to which she answered proudly that her husband’s support was essential to her success as a medical professional, politician, and Olympic swimmer.

She explained that her husband has been supportive of her with respect to life decisions, dividing home chores and co-parenting. She remarked that her husband might even have been helping their child study while the interview was being carried out on-air.

Amin mocked Alwani’s husband by addressing him directly on TV, ridiculing him for staying home making “lattes”  and “studying with the child” while his wife is out in the world achieving outstanding accomplishments, the interview she was having with Amin serving as a prime example of this success, “after which she’d head to the clinic and later to Parliament,” he added.

Amin continued attacking Alwani’s husband, asking him rhetorically about how he felt as he walked across the living room and found a “trophy bag with 48 medals and 97 trophies,” whereas the husband’s best achievements might be “winning a backgammon game at a coffee shop.”

On a personal note, Amin mentioned his own lifestyle with his wife, whom he demanded resign from her work and stay home while he took over the “provider” role, financially supporting the family.

In defense of herself, Alwani noted that every couple makes a lifestyle commitment from day one by choosing whether or not the man should help his wife.

On August 25, the NCW denounced Amin’s offending comments and headed to the complaints committee of the Supreme Council of Media Regulations.

The complaint decried Amin’s manner, which allegedly lacked ethics and decency throughout his dialogue that ridiculed Alwani for the work of her career. The council also mentioned the abuse directed at Alwani’s husband’s strong support for her–words disparaging all the men of Egypt who support working women–according to NCW’s Facebook post.

On the same day the Media Syndicate, headed by Tarek Seada, followed in the footsteps of the NCW and filed a complaint with the Public Prosecution against Amin for practicing media activity that contradicts the syndicate’s registration rules, established in accordance with Law 93 of 2016.

Amin was prevented from appearing on screen pending the conformation of his paperwork.

On August 26, Tamer Amin was reinstated after a 24-hour suspension upon receiving a phone call from the Head of the Media Syndicate.

Amin resumed his show after completing all the required documents conceding the policies and regulations of the syndicate.

However, the Supreme Council of Media Regulations decided to save the NCW’s complaint against Amin.

“The past 24 hours were a milestone in my career, especially after the issuance of the Media Regulation’s decision to ban my show until the adjustment of conditions in the association,” commented Amin on the first episode of his late-night TV show after his reinstatement.