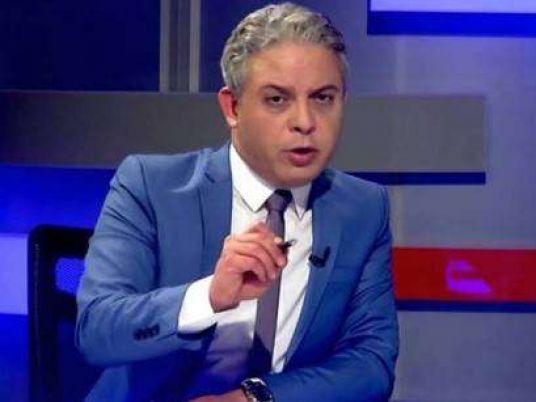 An Egyptian court has sentenced TV host Moataz Matar in absentia to three years in prison for inciting protests against the state and spreading rumours through his program aired on Al-Sharq satellite channel.

The Dokki Misdemeanors Court referred Matar to a terrorism court circuit last week, after the prosecution said Matar incited against state institutions and public figures, in addition to spreading false information.
Matar also incited protests against the president and mocked his speeches, according to the investigation.
In July 2015, the TV show host was sentenced to 10 years in prison, also in absentia, for "inciting to overthrow the regime" and "spreading false news."
Based in Istanbul, Turkey, Al-Sharq has been the target of much criticism from the Egyptian government, which previously accused it of incitement and deems it a “terrorist channel affiliated with the banned Muslim Brotherhood.”
Authorities have led a crackdown on Muslim Brotherhood members and supporters since former president Mohamed Morsi was overthrown in July 2013. Morsi himself is in jail, facing a string of charges in more than one court case.
A few Islamist-leaning channels that were strongly supporting Morsi were taken off the air on the same day that then-defence-minister Abdel Fattah al-Sisi announced Morsi’s removal from office.
Egypt listed the Brotherhood as a terrorist organisation in December 2013 and insists that the group is behind the wave of militancy that has targeted security personnel since Morsi’s ouster. The Brotherhood continuously denies the accusations.