Poorer and rural areas of Giza have seen a high turnout for the second phase of parliamentary elections, with most voters calling the numbers at polling stations on Wednesday "unprecedented".

This has been the case with the first constituency (Giza is divided into two constituencies for party lists), which contains four large, urban working-class areas in addition to six rural areas.

In the neighborhood of Haram, long lines of voters stood in front of the polling station at Thaniwiya al-Ziraeiya School.

Members of the Muslim Brotherhood’s Freedom and Justice Party stood outside the polling station to provide voters with information on how to vote. Ahmed Abdel Hakeem, an activist with the FJP, told Egypt Independent that they are not campaigning.

“We respect the law [which says campaigning must end 48 hours before elections]. We are trying to help the people get their names and directing them on how to vote,” Abdel Hakeem said.

Campaigners for the FJP in the first constituency say that the electoral battle is not based on Islamic-versus-secular divides. Instead, they say, it is about the revolution against the remnants of the former regime.

“In this constituency, we’re not the Muslim Brotherhood, we are the Democratic Alliance, and look who we are facing,” said Ayman Fathy, an FJP campaigner standing outside al-Salam High School in Giza, referring to the larger list that his party dominates, though it also includes smaller liberal parties. “Most of the opposing parties have feloul [remnants of the former regime] on their lists.”

The heterogeneous first constituency in Giza contains rural areas like Ayat, Badrasheen and Hawamdiya, as well as urban working-class districts like Omraniya and Talbiya. The constituency of around two million people has ten seats for the proportional system, which is being contested by six lists.

In addition to the FJP list, there are lists from the Reform and Development Party, Tomorrow Party, Conservative Party, Free Egyptians Party and Wafd Party. The Salfi Nour Party, which captured the second highest number of votes in the first phase of the elections, is not contesting this constituency.

In the areas of Giza, Faisal and Haram, leaflets were distributed telling people that all the competing lists in the constituencies, apart from those of the FJP, contained remnants of the old regime. Some leaflets list various names mentioned on the Facebook page "Emsek Feloul" (Catch a remnant), an initiative to spread information about the remnants of the ousted regime. Among the names mentioned are Emad al-Daragely from the Conservative Party, Abdel Wahab Khali from Wafd Party, Salim Shanab from the Egyptian Bloc and Badawy Desouki from the Reform and Development Party.

However, the scene outside polling station of al-Salam High School in the working-class area of Faisal was unprecedented in terms of the numbers attending.

“I have never seen this before,” said the Hajj Mohamed Abdel Ghany, 66. “I came here to fulfill my duty. The country has to be changed, and I want to thank the army for what they are doing for us.”

Abdel Ghany said that he was among scores of old men helped to travel to the polling station by army soldiers pushing their wheelchairs or providing support while walking.

At the polling station of Farouk Omar School, soldiers were seen carrying old and disabled voters. The line of voters reached the main street of Baher al-Azem, a scene that makes every Egyptian proud, said Nasser Najm, a 29-year-old teacher.

“People are enthusiastic about these elections, and for sure, it is the only way to achieve stability and prosperity,” he told Egypt Independent.

Apart from the long lines of voters, microbuses were seen parking close to the polling stations, unloading voters by the entrance. It wasn’t unclear who had hired these microbuses.

As Iran prepares to vote, its battered economy a major worry 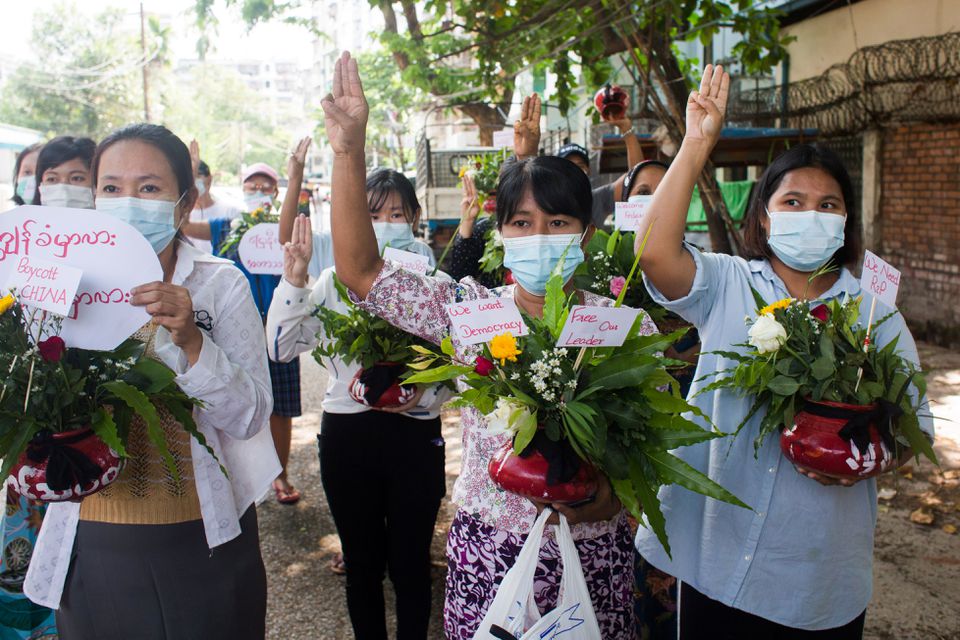