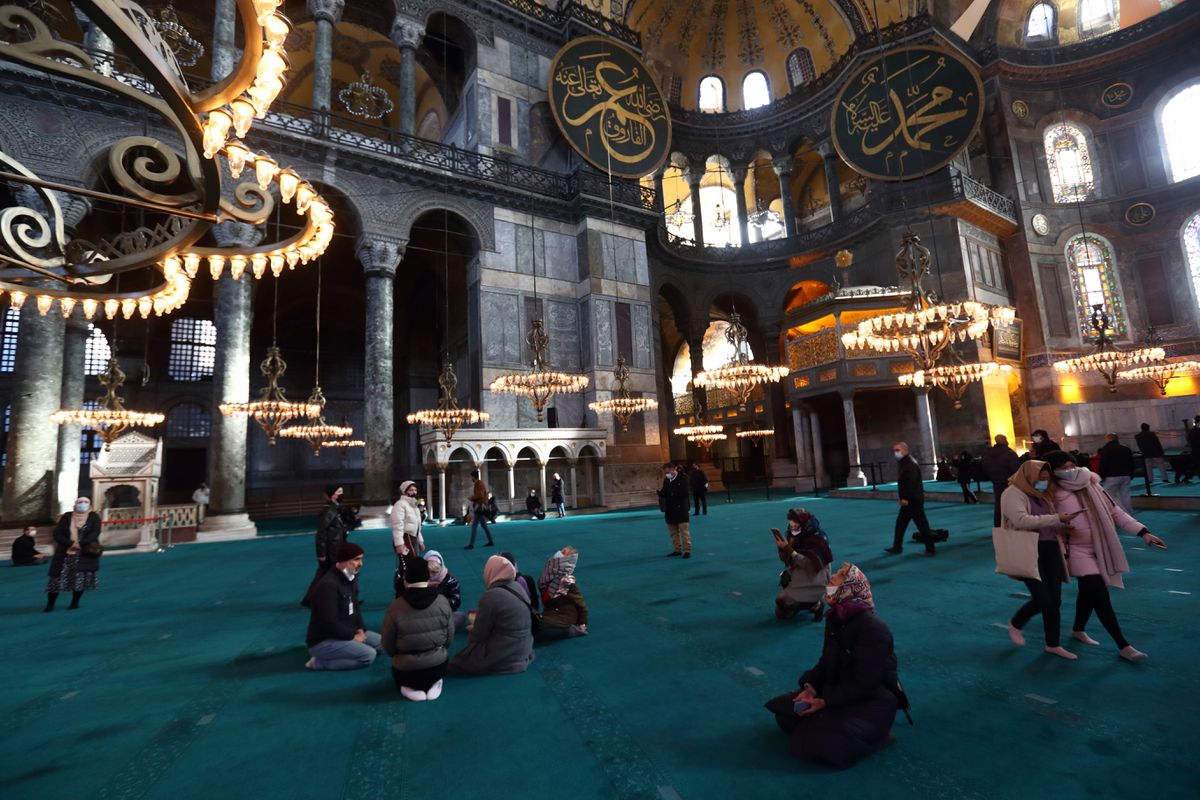 Turkish authorities forcibly removed followers of an Islamist figure from three mosques in southern Turkey, saying their prayer gatherings were a provocation against COVID-19 lockdown restrictions.

Footage showed police scuffling with a group of people in a mosque in the province of Gaziantep on Sunday and forcibly taking them out, while some yelled: “We are reading the Koran.” One officer could be seen using pepper spray.

Turkey has imposed a full lockdown until mid-May to try to cut rates of COVID-19 infection which have soared in recent weeks.

Prayer in mosques is not prohibited under the measures, but authorities in Gaziantep said the groups were trying to confine themselves in the mosques for the final days of Ramadan without prior permission.

The Gaziantep governor’s office said on Monday that the 76 people who entered the three mosques had previous terrorism investigations launched against them.

It said police had detained them after they engaged in civil disobedience and started swearing, adding that judicial processes were launched for threatening and insulting behaviour and for violating the lockdown.

“The people carrying out this provocation are followers of (religious leader) Alparslan Kuytul who have been investigated numerous times previously on terrorism charges and their aim is not worship but civil disobedience,” the governor’s office said.

Kuytul, who was arrested in 2018 and tried on terrorism-related charges but was acquitted last year, said on his Twitter account that the members of his group had purely sought to worship and were not engaging in provocation.

The governor’s office said the officer who used pepper spray inside the mosque had been suspended.

Turkey has imposed a full lockdown from April 29 until May 17, as daily coronavirus cases surged to new record highs.

Despite 3-week lockdown, many remain on the move in Turkey