ISTANBUL, Feb 1 (Reuters) – Turkish factory activity grew in January as firms continued to hire more staff despite a slowdown in new orders and output, a survey showed on Tuesday.

The Purchasing Managers’ Index (PMI) for manufacturing stood at 50.5 in January down from 52.1 a month earlier, data from the Istanbul Chamber of Industry and IHS Markit showed, still holding above the 50.0 mark that denotes growth.

Input costs and output prices continued to rise sharply, although at a softer pace than in December, as weakness in the Turkish lira created challenges for firms in securing new business, the panel responses showed.

Rising prices caused a slowdown in export orders for the first time in eight months, as customers were reluctant to commit to new orders.

Employment rose for the 20th month in a row, according to the panel, with some firms hiring new workers as part of investment plans.

Difficulties in sourcing raw materials continued, and contributed to further lengthening of delivery times along with logistics issues and price rises, it showed.

“The new year began very much as the old one ended, with Turkish manufacturers continuing to face the challenges of operating in an inflationary environment,” said Andrew Harker, economics director at IHS Markit.

“There were, however, some signs of pressures beginning to ease, something which firms will hope continues over the rest of the first quarter to help them in the hunt for new business.” 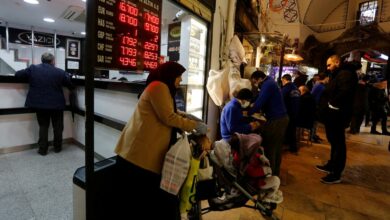 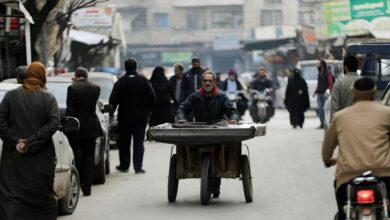