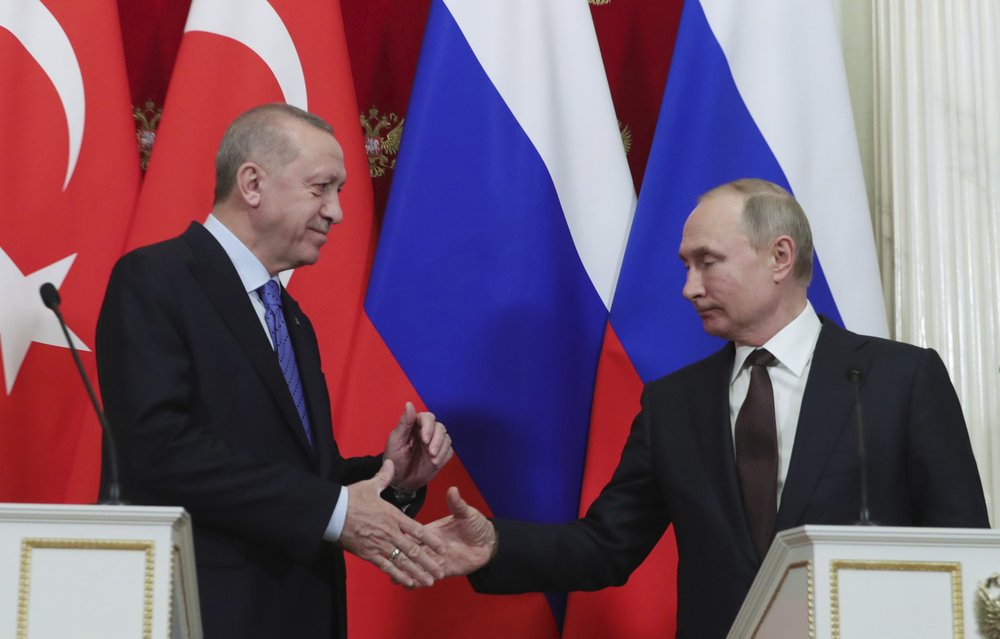 The final version of the $740 billion annual US defense spending legislation would oblige the White House to select from a list of sanctions over the S-400s, which Washington says are incompatible with NATO operations.

US President Donald Trump, who is set to step down next month, has said he will veto the bill over separate provisions. But he may need some support in Congress and it would be the first such veto in nearly 60 years.

Turkey’s foreign ministry was not immediately available to comment.

Russia delivered the ground-to-air S-400s last year and Turkey tested them as recently as October. Ankara says they would not be integrated into NATO systems and pose no threat, and has called for a joint working group.

The threat of Western sanctions has weighed on the lira currency, which hit a series of record lows this year and weakened nearly one percent before recovering to 7.76 versus the dollar at 1019 GMT.

BIDEN TO BE TOUGHER?

Democratic President-elect Joe Biden is expected to be tougher on Turkey than Trump, who had warm ties with President Tayyip Erdogan despite growing hostility among US lawmakers towards Turkey’s more aggressive foreign policy.

The defense bill includes sanctions under the Countering America’s Adversaries Through Sanctions Act (CAATSA), which are designed in part to deter cooperation with Russia. The US president would select from a list of mild to harsh possible sanctions.

“If Trump chooses from among the lighter sanctions I think given the global risk appetite we still can see a benign performance in the lira,” said one Turkish trader.

The bill is the result of months of negotiations between Republicans and Democrats. Once the House and Senate vote on it as soon as early next week, Trump, a Republican, has 10 days to veto or it becomes law.

Democratic US Senator Chris Van Hollen said in a statement that Congress did what Trump would not: “show President Erdogan that we will not back down when it comes to protecting our security and that of our faithful NATO allies.”

Last year, Washington suspended Turkey from its F-35 jet program over the S-400s.