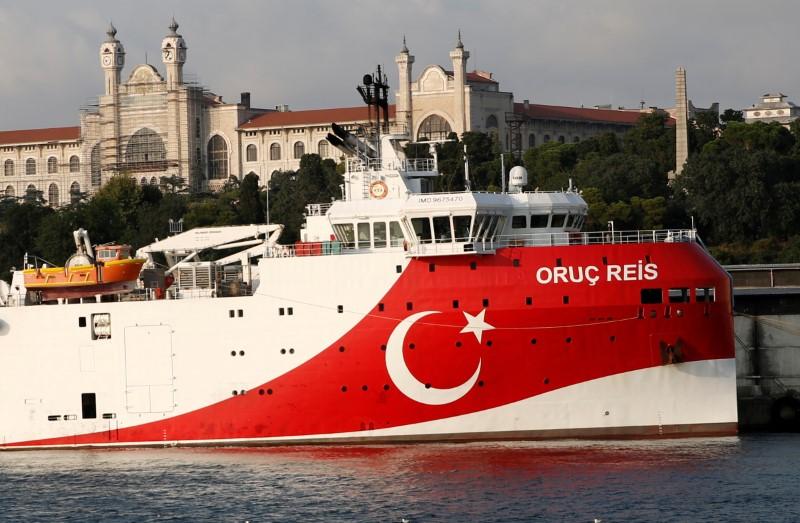 ISTANBUL (Reuters) – Turkey said it will hold a military exercise off northwest Cyprus for the next two weeks, amid growing tension with Greece over disputed claims to exploration rights in the east Mediterranean.

The long-running dispute between Turkey and Greece, both NATO members, flared up after the two countries agreed rival accords on their maritime boundaries with Libya and Egypt, and Turkey sent a survey vessel into contested waters this month.

Both sides have held military exercises in the east Mediterranean, highlighting the potential for the dispute over the extent of their continental shelves to escalate into confrontation.

On Friday night Turkey issued a Navtex notice – an advisory message to mariners – saying it would be holding a “gunnery exercise” from Saturday until Sept. 11 off northwest Cyprus.

The European Union’s top diplomat said on Friday the bloc was preparing sanctions against Turkey that could be discussed at a summit in late September in response to Ankara’s standoff with EU member Greece.