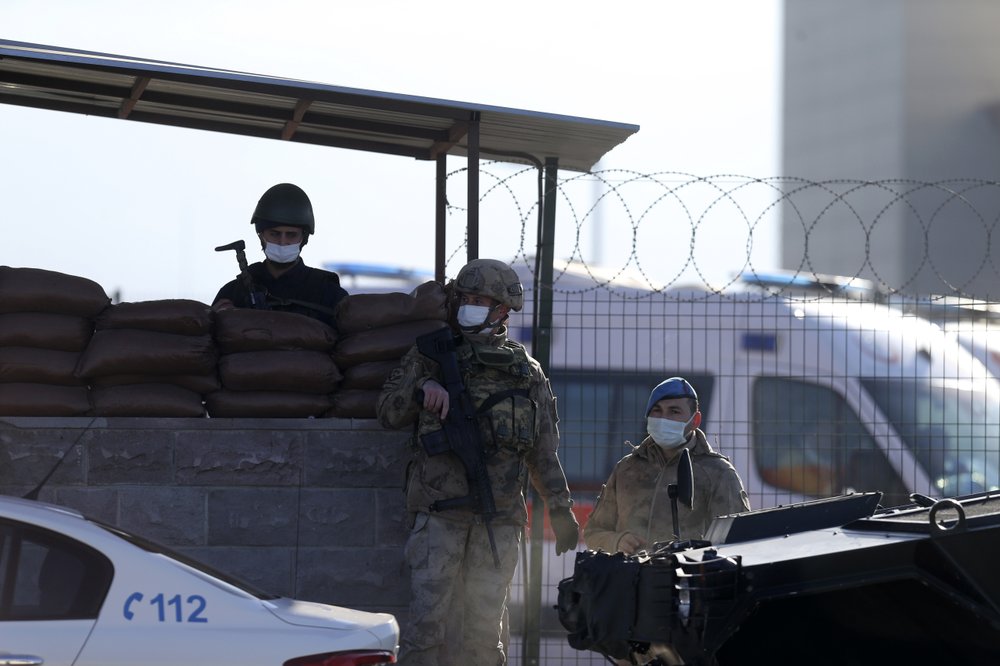 Turkish prosecutors ordered the arrest of 532 suspects including 459 serving military personnel in an operation targeting people linked to a Muslim cleric who Ankara says was behind a 2016 attempted coup, state-owned Anadolu news agency said on Monday.

The investigation was being conducted in 62 provinces as part of a sustained crackdown against the network of US-based preacher Fethullah Gulen. More than 250 people were killed in the failed putsch in July 2016. Gulen denies any involvement.

In the wake of the coup attempt, about 80,000 people were held pending trial and some 150,000 civil servants, military personnel and others were sacked or suspended. More than 20,000 people have been expelled from the Turkish military.

IMAGE: Soldiers stand at the entrance of a courthouse before the trial of 475 defendants, including generals and fighter jet pilots, in Sincan, Ankara, Turkey, Thursday, November 26, 2020. (AP Photo)