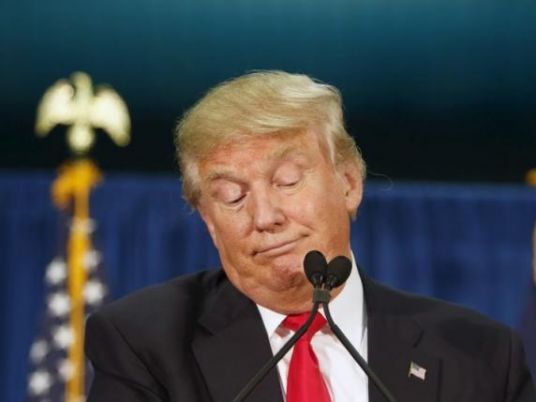 US President Donald Trump has declared his support for Christians "executed in large numbers" in the Middle East, two days after he issued an immigration order that barred citizens of seven majority-Muslim countries from entering the US.

Trump faced nationwide protests and scathing criticism after signing an executive order on Friday that put a four-month hold on allowing refugees into the United States and temporarily barred visa holders from Syria, Iran, Iraq, Libya, Yemen and Somalia.

The decision sparked international criticism but Trump defended his action, saying the ban was not about religion but rather about keeping the US safe.

Amid waves of criticism and protests, Trump tweeted on Sunday: “Christians in the Middle-East have been executed in large numbers. We cannot allow this horror to continue!"

His tweet comes after hinting in a TV interview, shortly before the travel ban order, that Christians seeking asylum should be a priority in a revamped refugee program.

Upon being asked if he sees persecuted Christians "as kind of a priority" when it comes to granting non-citizens refugee status, Trump said in an interview with the Christian Broadcasting Network: "Yes."

"They've been horribly treated. Do you know if you were a Christian in Syria it was impossible, at least very tough to get into the United States?"

"If you were a Muslim you could come in, but if you were a Christian, it was almost impossible and the reason that was so unfair, everybody was persecuted in all fairness, but they were chopping off the heads of everybody but more so the Christians. And I thought it was very, very unfair. So we are going to help them,” he added.