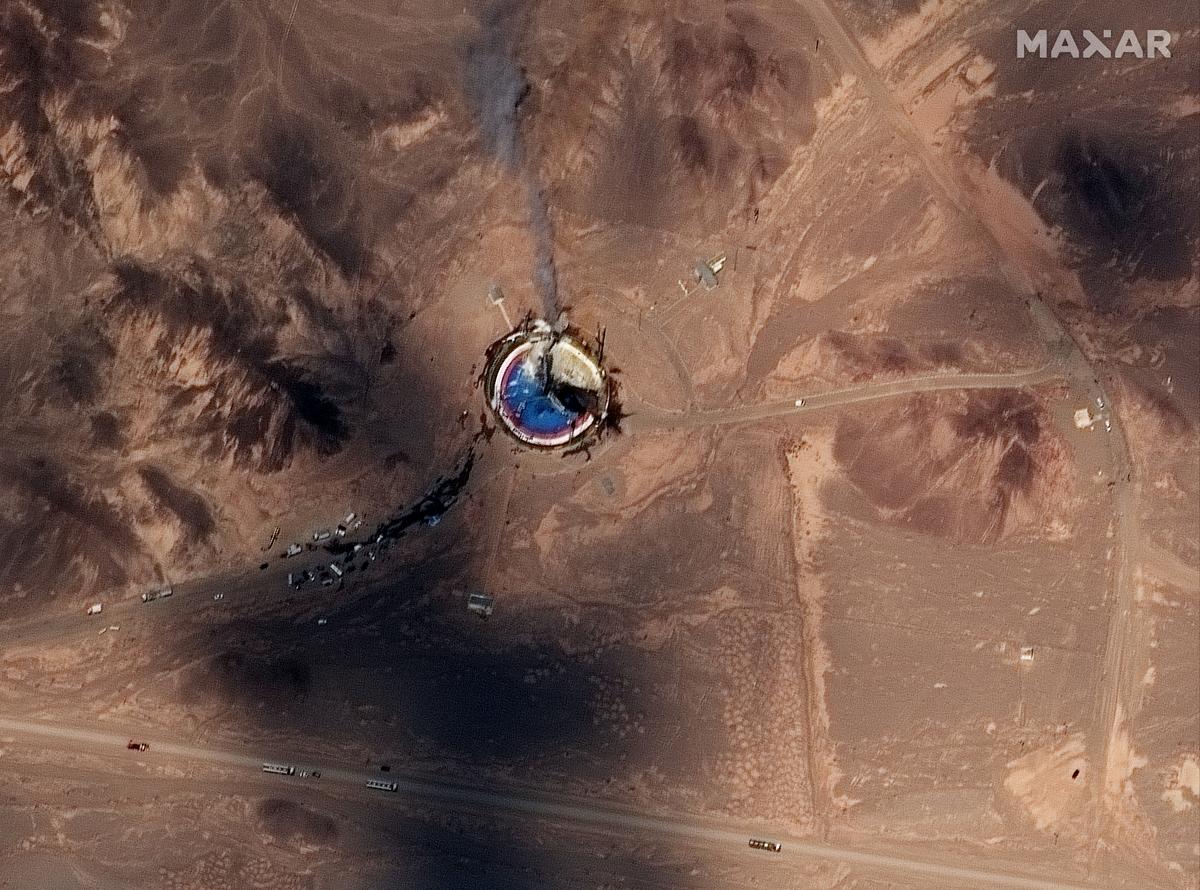 WASHINGTON (Reuters) – US President Donald Trump on Friday posted on Twitter a photo of what appeared to be the site of a failed Iranian satellite launch, raising questions about whether he had disclosed US surveillance secrets.

The black-and-white photo showed the fire-blasted launch site at a space center in northern Iran including a damaged gantry service tower and a downed mobile erector launcher.

Trump, in his tweet, cited the specific location of the site, saying the United States was not involved in the “catastrophic accident during final launch preparations for the Safir SLV Launch at Semnan Launch Site One in Iran.”

Speaking to reporters at the White House later on Friday, Trump defended his posting of the photo and reiterated that the United States had nothing to do with the incident.

“We had a photo. I released it, which I have the absolute right to do,” Trump said.

He said the Iranians “were going to set off a big missile and it didn’t work out too well. Had nothing to do with us.”

The rocket exploded on its launch pad on Thursday, an Iranian official said. A US official also said Iran suffered a satellite launch failure.

“I wish Iran best wishes and good luck in determining what happened at Site One,” Trump said in his tweet.

Patrick Eddington, a former CIA satellite imagery analyst, said the photograph tweeted by Trump appeared to be a classified image taken by a US spy satellite.

“If the president simply tweeted out an image from classified briefing that utilizes our most advanced overhead collection capabilities, it is no doubt welcome news to our adversaries,” said Eddington, now a research fellow at the CATO Institute.

“While he has the authority to declassify any federal document, Twitter is not a legitimate or responsible way to do so.”

A US defense official told CNBC that the picture, which appeared to be a snapshot of a physical copy of the satellite image, was included in an intelligence briefing on Friday.

The United States has warned Iran against rocket launches, fearful the technology used to put satellites into orbit could enable Tehran to develop the ballistic missile capability needed to launch nuclear warheads.

Tehran denies the US accusation that such activity is a cover for ballistic missile development.

The Trump administration has ratcheted up economic pressure on Iran this year with economic sanctions to try to force it to renegotiate a pact reached with world powers in 2015 limiting its nuclear program. Trump withdrew the United States from the pact in May last year.

Trump has offered to hold talks with Iran but Tehran says first it must get relief from US sanctions.

Macron tries to arrange a Trump meeting with Iranian leader