El Masryeen band performed for the second time at Biblotheca Alexandrina on Thursday 10 December, after an almost 20-year absence. Renowned music composer and band founder Hani Shnouda always believed that Egypt should have a band of its own, like the Beatles of England, the Beach Boys of the US, or Les Chaussettes Noires of France. It’s the reason he founded Egypt’s first full-fledged band, breaking through the earlier predominant tradition of solo singers.

Shnouda’s work represented a real turning point in modern Egyptian music. Born in 1943, he studied music in Egypt and was a founding member of Les Petits Chats, a band that covered foreign music – a novel approach at a time when the music scene was dominated by Arabic songs. But in the mid 1970s, Shnouda got the idea to form the first Egyptian band, and play Arabic music. The idea came from Nobel Prize winning author Naguib Mahfouz, who was working as a journalist at the time, and proposed that Shnouda start a local band that played contemporary Egyptian music instead of covering foreign songs.

El Masryeen’s successful breakthrough proved that songs deviating from the usual themes centered around love could be successful. Their hip tunes and humorous lyrics tackling daily life turned them into iconic figures in the Egyptian pop music scene. Rather than addressing the pain of break-ups, El Masryeen’s songs focused on the reasons behind them; In the song Entaha hobena (Our love has ended), lies and dishonesty ruin a relationship. Some songs used the works of prominent vernacular poets like Salah Jahin and Morsi el-Sayed as the source for their lyrics, and became national hits.

In ten years of continuous work the band made six albums: "Mashia el sanyoura" (The passing senorita), "Bahebak la’" (I love you not), "Banat kateer" (A lot of girls), "Horreya" (Freedom), "Ebdaa men gedid" (Start all over again) and "Haz al adala mayel" (Good people have bad luck). The band’s growing success made Shnoda one of the most prominent composers, arrangers and musicians in Egypt at the time.

After a long and quiet hibernation, Shnouda is re-launching El Masryeen with the few members left. Al-Masry Al-Youm English Edition talked to him about the band’s comeback and the Egyptian music scene since 1977.

Al-Masry Al-Youm: Before we talk about the comeback, let’s talk about the reasons El Masryeen stopped making music after the album "Ebdaa’ men gedid" (Start all over again).

Hani Shnouda: There were three main reasons for the break up of the band around the end of the ’80s. First of all, our last album was released on the very same day that President Sadat died. This was a stroke of bad luck. Then, like most bands, after seven years of work we started suffering from what we call "music frustration." Being the same people with the same tendencies, anybody would start to sound monotonous. The third reason, and in my opinion the main reason, is that some people were fighting our presence as a music band because they thought for some reason that we were harmful to the idea of “Orouba," (Arab unity) claiming that we were presenting a strictly Egyptian identity instead of a more general Arab identity. We once dressed in galabiyas and sang "El-alam koloh madin lehadaret el-Masryeen" (The whole world owes its civilization to the Egyptian civilization). So maybe some saw us as identifying with our Egyptian identity rather than our Arab identity.

Add to these issues the fact that Iman Younis, our lead female singer, got married, and Mona Aziz, who came after her, had to travel to Switzerland. Furhermore, Tahssin Yalmaz, our bass player, and Mamdouh Kassem, the lead male singer, both passed away.

Al-Masry: After the tremendous success the band was experiecing, how could you give up so easily and wait for years to come back?

Shnouda: El Masryeen was always very well received by the public, even though some people might find things that are different intimidating. But people needed what we did. We just gave them the start, the space where they could breathe, a break from all the love songs. And our spectacular success is the proof. As for now, let’s not call it a comeback. I remember when the Eagles did a concert after sixteen years of separation, a member of the band said, "Let’s not say we were separated, we took a 16-year vacation." El Masryeen took a long vacation too, but here we are again: Iman, Hani el-Azhary on drums and me on the piano and keyboards.

The thing is, I never felt it was the end [back then]. I might have thought that when Iman left, but after Mona Aziz came on board I realized that El Masryeen will never be over, even after I die. I am making sure this happens. I’m keeping all the albums, all the notes, all the words, and whenever I think it’s time to go, I will hand all this over to whoever I think can continue. This band for me is the faithful mirror that reflects everything I believe in. Hani Shnouda is El Masryeen.

Al-Masry: How did the comeback initiative come about?

Shnouda: I was participating in a radio program and got a phone call from Iman Younis on the air. I didn’t believe it was really her and asked her to prove it to me by singing a verse from the song “Banat keteer" (A lot of girls), one of our hits. She did, and told me how much she wanted to go back to singing. This was the first step. Now, we have to admit that comebacks are risky. Very few people all over the world can make it happen; The people who can change what they were known for doing can do it. Elvis Presley used to play rock and roll. When he stopped for a while and came back, he sang slow songs. That’s a change, and a good one. We are not doing this comeback for the sake of the people who have never heard El Masryeen. It’s for those with nostalgia for that era. It is also to prove that 33 years ago our songs were even better executed than the songs of today.

Al-Masry: Whoever listens to your music today can tell that it was way ahead of its time. It doesn’t sound like music of the 70s and 80s. How come?

Shnouda: Our music is revolutionary in its tune, in its arrangements, and, of course, in its lyrics. We transformed Egyptian music from being monophonic music, where the singer and the orchestra would play the same note, to polyphonic music that makes the keyboard, the bass, etc., play different notes. This is the change we made and that was the base we gave to modern Egyptian music. We also selected our lyrics with a very socially-conscious feeling. We talked about things that local songs had never dared to mention before. For example, “Horreya" (Freedom) is a song that talks about women’s rights at a time when lyrics of songs talked about nothing but love and break-ups. My song “Lama kan el-bahr azraq" (When the sea was blue) talks about a woman who dumps her man because he’s controlling and interferes in her life.

Al-Masry: In 2004, you created a new band called El Ahlam. Why didn’t you re-launch El Masryeen instead of creating a new band?

Shnouda: You have to understand that for me El Masryeen is sacred. I can’t take risks with its name. El Ahlam was a different project that could fail or succeed, but El Masryeen is an all-time success. El Ahlam had their own album and their own songs. We occasionally sang a song or two from El Masryeen, but only in concerts when people insisted.

Al-Masry: Can we say that El Ahlam failed?

Shnouda: Well, let me put it this way: a certain element of this band – I will not mention names – taught me that teamwork in Egypt has died once and for all. And I will never try to create a new band again.

Al-Masry: Today, we are witnessing a lot of commotion in the music world. We have the confrontation between commercial and independent music, and emerging new underground bands. How do you see the music scene in Egypt?

Shnouda: I am not a music critic, so this is only an opinion, but I honestly think that we are at a great time for music variety, but we are at the worst time for music marketing. The leaking of albums on to the Internet and pirating has made the job of a musician very difficult. How do you think an artist can get back his expenses if his album is available for free on the Internet? Why would people buy it? They need to make a law against pirating or Egypt will slide back several steps. Those pirates are killing the spirit of music.

Al-Masry: How do you classify El Masryeen’s music?

Shnouda: I believe that each of our songs has its own style; “Matehseboush ya banat" (Oh girls don’t think marriage is easy) is maqsoum (Egyptian 4/4 rhythm), “El-hob dah ehsas" (Love is a feeling) is Latin, but it still has the Egyptian touch. Therefore I would classify our music as “Epop" – Egyptian pop. Lots of musicians thought they could reproduce the sound of El Masryeen. Now it’s time to prove them wrong. 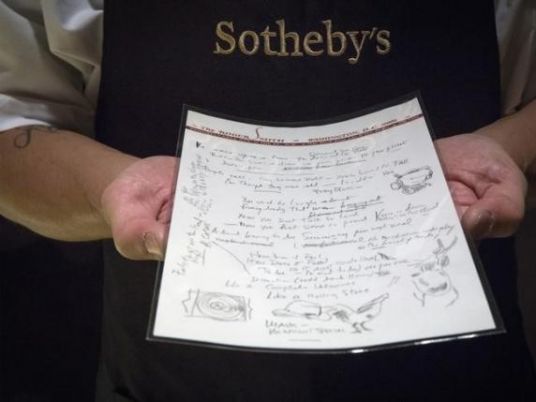 How does it feel … to own 20 versions of Dylan’s ‘Rolling Stone’? 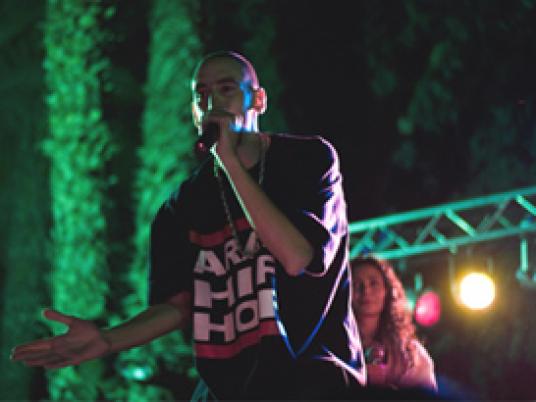 Arabian Knightz’s ‘Uknighted State of Arabia’ echoes across the region 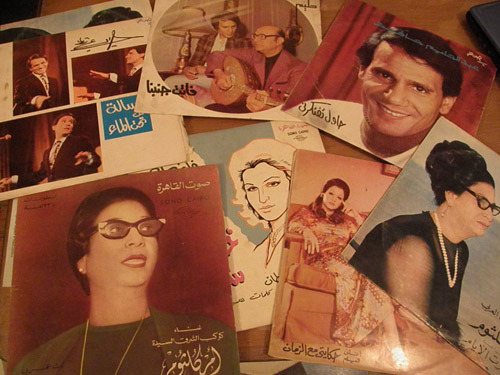 Finding vinyl in Cairo: Living the city’s history through sound