Toyota has relinquished the title of the world's biggest automaker, reporting Monday that it sold 10.175 million vehicles worldwide in 2016, fewer than Volkswagen's 10.31 million.

General Motors reports its total tally next week. If GM's number falls short, it will be the first time the German automaker has become No. 1.

This is a milestone achievement, despite the taint to VW's reputation from a huge scandal over cheating on emissions tests. Booming China sales helped offset that damage.

"Volkswagen could stay at the top for the next few years," he said.

Toyota's global sales last year were slightly better than in 2015, up 0.2 percent, but not good enough to beat Volkswagen, which has the Audi, Porsche and Skoda brands, and boosted its global sales 3.8 percent from the year before. GM makes the Cadillac and Opel cars.

In 2015, Toyota sold 10.15 million vehicles while Volkswagen was second with 9.93 million and Detroit, Michigan-based GM third with 9.8 million.

Sugiura said Toyota still is likely beating VW in terms of profitability. The Japanese automaker has focused on regional balance in production, lacks the range of brands that VW has, and is cautious about growth to avoid quality lapses.

GM also is seeing strong growth in China, as are other automakers like Nissan Motor Co. and Hyundai Motor Co., Sugiura said.

Toyota's vehicle sales in Japan grew in 2016, but the domestic market is relatively small compared to the U.S. and China. Toyota sales fell on-year in the US, but they rose in China.

GM was the top-selling automaker for more than seven decades until Toyota, which makes the Camry sedan, Prius hybrid and Lexus luxury models, surpassed it in 2008.

Toyota held the global auto crown for the past four years after falling behind GM in 2011, when production was hit by a quake and tsunami in northeastern Japan.

Toyota officials have repeatedly said they are not concerned with being No. 1 and just want to make good cars. Volkswagen was keen to dethrone Toyota but disavowed that goal after CEO Martin Winterkorn lost his job over the emissions scandal.

"At Toyota, we are not focused on chasing volume. We believe that our sales volume is just the result of our focus on making ever-better cars and providing better customer experiences," Toyota said in a statement.

"Our goal is to be No. 1 with consumers by engineering and producing ever-better cars. We are grateful to every customer who has chosen a Toyota vehicle."

Volkswagen to phase out combustion engine

VW and Ford in talks on self-driving and electric vehicles: source 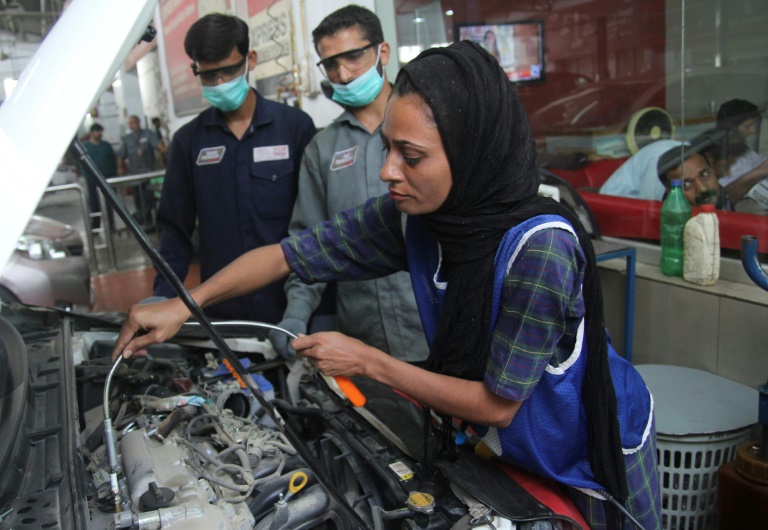