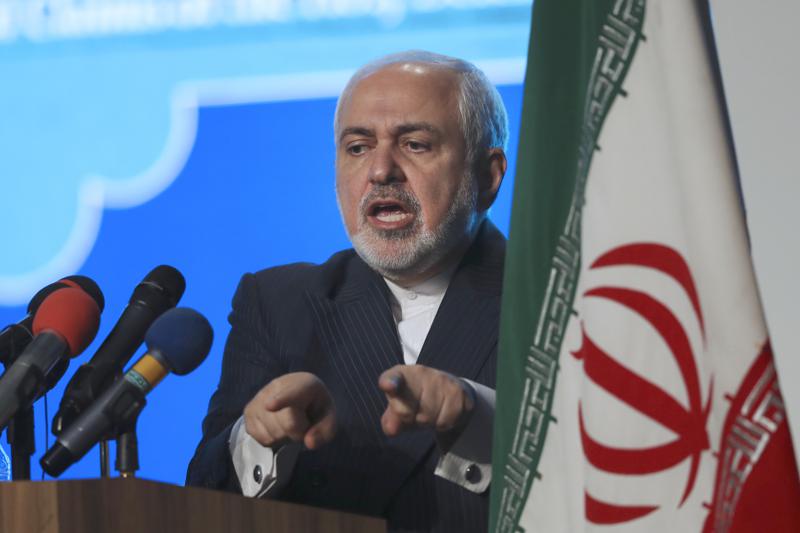 TEHRAN, Iran (AP) — Iran’s top diplomat expressed regret Wednesday that a recording leaked out of him making frank comments about the limits of his power in the Islamic Republic, while the country’s president describing the incident as a means to derail ongoing talks with world powers over Tehran’s tattered nuclear deal.

Posting to his Instagram account, Mohammad Javad Zarif offered his first public comments about the recording, which caused a political firestorm across Iran ahead of the country’s June 18 presidential election. While Zarif has said he does not want to run in the election, some have suggested him as a potential candidate to stand against hard-liners in the vote.

Zarif’s post included video of him at a memorial in Baghdad for Gen. Qassem Soleimani, a top commander in Iran’s paramilitary Revolutionary Guard. Zarif’s leaked remarks included cutting references to the limits of his power and Soleimani’s decisions overriding his priorities at the Foreign Ministry.

“I am very sorry how a secret, theoretical discussion about the necessity of increasing cooperation between diplomacy and the field (the Guard) — in order for the next officials to use the valuable experiences of the last eight years –- became an internal conflict,” Zarif wrote.

However, the top diplomat stopped short of apologizing for his remarks directly. He said honest and compassionate remarks about what he perceived as wrong were being interpreted as personal criticism.

“I did not censor myself, because this is a betrayal of the people,” Zarif wrote.

At a weekly Cabinet meeting, term-limited President Hassan Rouhani lashed out over the release of the recording. He said the interview was part of a wider project of interviews with government officials for posterity as he ends his eight years in office.

The Intelligence Ministry “must to do its best to find out how this tape was stolen, and publish a report to people,” Rouhani said. “There will be no mercy for those who made a mistake on this.”

He also directly linked the timing of the leak to the Vienna talks about the nuclear deal.

“It was published just when Vienna was on the road to success, to create conflicts in the country,” Rouhani said.

Portions of the leaked interview first aired earlier this week on Iran International, a London-based, Farsi-language satellite news channel once majority owned by a Saudi national. Tehran has criticized Iran International in the past over its coverage.

Iran, US warships in first tense Mideast encounter in a year