State-owned Al-Ahram headlines its front-page with a quote from President Mubarak, stating: “There is no cause for concern over Nile water extensions,” adding, “an open dialogue is the only way to resolve lingering issues.” The President’s statement came during yesterday’s meeting with members of the National Democratic Party’s parliamentary committee at the Shura Council headquarters. Over the course of two hours, the president and his fellow attendees discussed several key national and regional issues, such as the ongoing Nile basin controversy, as well as the current state of the Palestinian peace process.

Al-Ahram reports that during the meeting, President Mubarak pointed out to his cabinet that the widespread public concern over the Nile basin negotiations was “unjustified” and a direct result of the media’s “insensitive handling” of the situation. The paper also reports that the president initiated the meeting with a speech, in which he “expressed his hope that the various political parties would join their efforts with the public in order to actively spread the culture of democracy.”

State-owned papers also include an update on Khaled Saeed, the young Alexandrian allegedly beaten to death by two undercover policemen. Following a second autopsy, coroners have concluded that the cause of Saeed’s death was in fact asphyxiation, as suggested by the police officers’ claims, as well as the findings of the initial autopsy. Reports that Saeed choked on a hand-rolled marijuana cigarette, which he was attempting to hide from the policemen were in fact accurate, state coroners claim, adding that Saeed’s corpse also contained traces of Tramadol (a cheap, over-the-counter drug) and hashish. The coroners also suggested that the various injuries and bruises covering the victim’s body were likely caused by “blunt objects” which Saeed had collided with “while trying to flee the police.”

Surprisingly, independent dailies neglect to mention any update on Saeed’s case, with the exception of Al-Wafd, which reiterates the coroners’ findings in a brief report. For its lead story, Al-Wafd instead reports on a “new surprise” in the ongoing “crisis” between lawyers and judges in the governorate of Tanta. According to the paper, the “surprise,” apparently consisted of a group of judges’ intervention, in an attempt to reconcile the opposing sides. However, the intervention failed abruptly after several lawyers “refused to reconcile or back down.” Al-Wafd reports that the lawyers demanded any sort of gesture indicating that authorities would investigate the “events that resulted in and detonated the current crisis.” The crisis began a few weeks ago when two lawyers were charged and arrested for allegedly assaulting the governorate’s chief of police.

Independent daily Al-Dostour leads with a report on the mysterious deaths of three exam proctors in Upper Egypt over the course of three consecutive days. “Is fate alone responsible for these deaths, or can they be attributed to Minister of Education Ahmed Zaki Badr, or perhaps the heat, or stress caused by a hectic examination schedule,” the paper asks in its report, before answering its own question with a somewhat premature “all of the above.” According to the paper, Badr’s “tyrannical” policies forced the now-deceased teachers to attend the examination despite their unspecified “critical condition” and furthermore, strictly forbade them from either visiting a hospital, or officially excusing themselves from their proctoring duties. These strict measures, combined with the recent heat wave and the proctors’ busy schedule which had them “overseeing exams from 9AM to four o’clock in the afternoon,” doubtlessly contributed to their demise, Al-Dostour reasons. “This scenario may sound improbable to you,” the paper offers, “but the deaths of three proctors in three days is no coincidence.” Al-Wafd reports that the government has since “compensated” the families of the deceased with a sum of LE5000 per family. 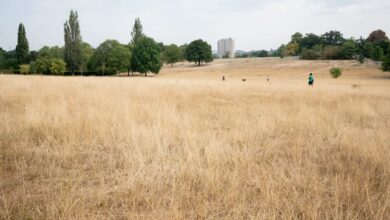 Analysis: The tide of the war is unlikely to turn any time soon

Egypt transfers its expertise in dam safety to African cadres