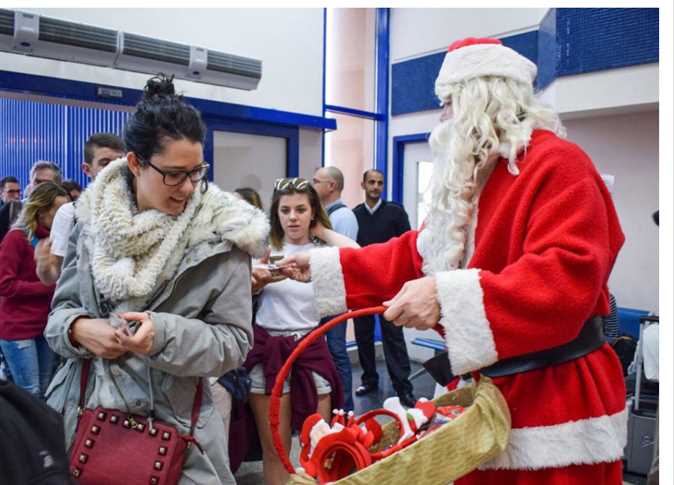 Thousands of tourists are pouring into Hurghada and Red Sea hotels to celebrate Christmas and New Year’s Eve.

The types of Christmas and New Year celebrations varied across the Red Sea.

The façades and entrances to hotels and tourist villages have been adorned with models of Pope Noël with his distinctive clothes. Dancing lights and a large collection of gifts were distributed to guests amid high turnout from European tourists.

Security services tightened their measures to secure hotels as CCTV cameras were installed in hotels and tourist villages, while checkpoints were stationed at the main entrance of airports.

Metal detectors were also deployed to detect explosives and cars and individuals were carefully inspected before allowed entry. Trained sniffer dogs, in addition to mobile patrols and security checkpoints were utilized throughout the city’s streets.

Catholic and Eastern Orthodox churches celebrate Christmas on December 25 each year, while the Coptic Orthodox Church celebrates Christmas on January 7 every year.