Nabra’s sister Nour, who is 10, addressed the crowd, standing next to Imam Mohamed Magid from ADAMS. “I just want to thank everyone for your love and support and I just want to say to Nabra that I love you and I’ll always miss you,” she said 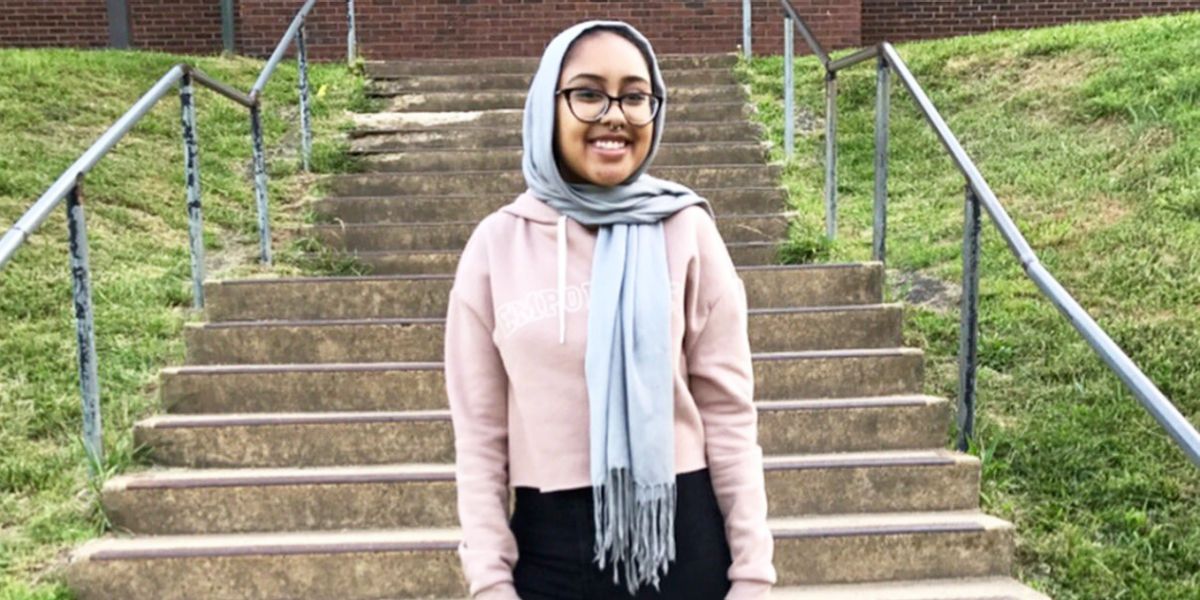 About 5,000 mourners gathered on Wednesday to mourn Nabra Hassanen, a 17-year old American-Muslim with Egyptian origins who was murdered on Monday after being beaten, and kidnapped in front of a mosque in Virginia.

Many attendees at the funeral on Wednesday were teenagers, but the vast majorities were from the local Muslim community. Many did not know Nabra but wanted a moment together to mourn their loss. The overflow crowd prayed in the parking lot, following along as the imam’s voice echoed from loudspeakers.

“There is nothing like losing a child, especially in the way that we lost Nabra,” said Imam Mohamed Magid, the religious leader of the All Dulles Area Muslim Society. He stood before Hassanen’s closed coffin, covered by a black shroud decorated with quotes from the Quran.

Police said Martinez Torres, a construction worker, beat Nabra with a baseball bat and left her body in a pond near his apartment building. Her remains were found Sunday afternoon.

The brutal assault has alarmed the surrounding Muslim community and echoed worldwide with calls for a hate-crime investigation.

“We heard about this type of hatred. We never thought it was going to happen in our neighborhood,” said Rehab Saad, who lives in the same apartment complex as the Hassanens. “Muslim kids and Christian kids in this neighborhood grow up together. We’re all family.”

Police said they are continuing to investigate, but so far they have found no evidence pointing to a hate crime Torres, a 22-year-old from El Salvador, suspected of being in the U.S. illegally. He’s being held without bail on a charge of murder.

Hassanen’s father, Mahmoud, told reporters he believes “100 percent” that his daughter was targeted for her religion. The victim was dressed in an abaya – a traditional robe worn by some Muslim women – at the time of her abduction.

Virginia’s hate crime law requires in part that the suspicion that the victim was targeted because of her religion.

Lena Masri, national litigation director for the Council on American-Islamic Relations, said in a statement that CAIR is representing Hassanen’s family and “will monitor the development of the investigation to ensure a thorough examination of any possible bias aspects of the case.”

An autopsy will be carried out to confirm the identity of the body and the exact cause and manner of death.

Nabra’s sister Nour, who is 10, addressed the crowd, standing next to Imam Mohamed Magid from ADAMS. “I just want to thank everyone for your love and support and I just want to say to Nabra that I love you and I’ll always miss you,” she said.

Egyptian-American Muslim teen murdered in US