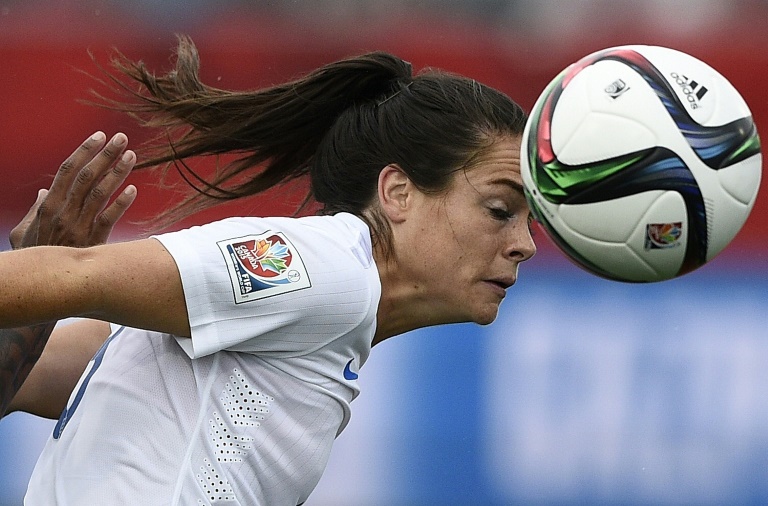 The 30-year-old — a member of the England side that heartbreakingly lost to Japan through a stoppage-time own goal in the 2015 World Cup semi-finals — is proud that “the struggle” she and her contemporaries went through has laid the foundation for the present generation to benefit.

Rafferty’s story reflects this, having come back from three cruciate ligament injuries, juggled a job at an investment banking company with making it to training on time, and turned down a professional contract offer of just £16,000 ($21,000) a year.

She used to travel to play for Chelsea while studying economics at Loughborough University, using some of her student loan to subsidies petrol costs as the club paid just £50 a month towards expenses.

But for the engaging former Chelsea star — who is now at West Ham — it has been worth it.

“It has gone past the point of no return,” she said at a meeting of The Sport Industry NextGen programme, designed to better equip emerging talent for leadership roles within sport.

“Success (for the national team) does help exposure but even if you fail it is on every single day (the BBC is showing every game at the World Cup), so people can judge for themselves and that is all we can ask for.”

Rafferty, who originally wanted to become a doctor after “hanging out” in the office of her mother, a hospital matron, says she is satisfied with her legacy.

“I’ve helped the next generation, I have done my bit to take the game to where it is and I am very proud of that,” she said.

“I have done my bit. I played with Erin (Cuthbert) at Chelsea for a couple of years and she appreciates what has happened.

“We have educated her on our struggle, we do that very well to younger ones coming through.

“You cannot forget the struggle.”

‘Foot in the door’

Rafferty has been capped 18 times — she also played for Britain at the 2012 Olympics — but says she never imagined she would ever represent her country.

“It is funny people say dreams come true but I never dreamt about it as I did not think it was an option, I would be lying if I said it was,” she said.

“Everyone wants to play at the highest level, sure, but I’ve not been dreaming this my whole life.”

Rafferty may not have been paid the sort of money the male Chelsea stars earn, but she does owe the club indirectly for her job in the city.

“It was an American woman, Shannon, who was the first one to offer me the job,” she said.

“I met her randomly at a Chelsea game where I used to work in the boxes when I was 18.

“I got talking to her, she took my email address and three months later she emailed me saying it might not be what you want to do, but it is a foot in the door and I have been there ever since (seven years).”

On the back of that, Rafferty says her target is to reinvest in the sport.

“I am embarking on a Masters in sports directorship,” she said.

“Hopefully it will intertwine, whether through sponsorship of a women’s team or owning one. I have big aspirations.”