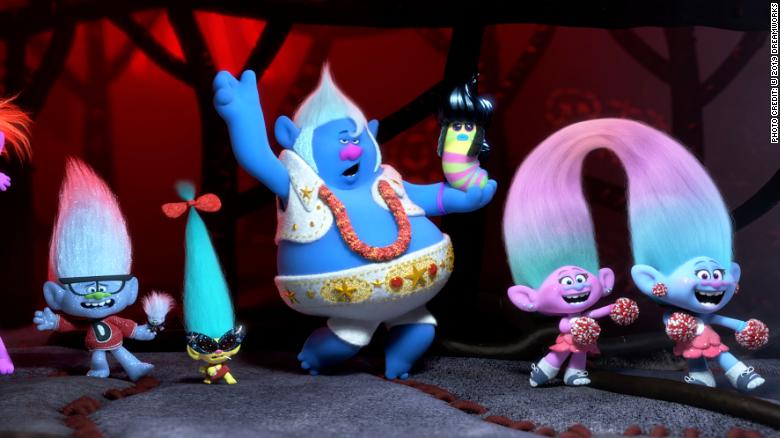 The movie-TV divide has been blurring and evolving for some time, as streaming and other at-home diversions grow. With concerns about coronavirus have suddenly ruptured public pastimes, the question is whether that shift will be seriously hastened.

Movie studios have acted to make films available at home on a faster timetable in response to the virus, in a gesture that is both public-spirited and practical. With theaters closing, Universal movies like “The Hunt” and “The Invisible Man” can capitalize on money the studio spent marketing them now — hoping to recoup at least some of that investment while they’re still fresh in people’s minds.
Even before coronavirus, fast-advancing technology has already played a role in this equation. Still, as Indiewire columnist Anne Thompson noted, Universal’s boldest move — bypassing theaters and making the animated movie “Trolls World Tour” available as video on demand — is the kind of experiment that “makes exhibitors crazy.”
The raging debate in entertainment circles is whether the move toward streaming content into the home at a premium price will fundamentally alter the model for the exclusive window that theaters enjoyed, and have fought hard to sustain.
Studios have been angling for more flexibility on that score, while services like Netflix have demonstrated the appetite for movies with theatrical and even Oscar credentials principally being watched on TV.
For its part, the National Association of Theater Owners put out a statement with a sober but generally optimistic longterm appraisal, saying that based on the economics for major blockbuster movies “it is our understanding from discussions with distributors that the vast majority of deferred releases will be rescheduled for theatrical release as life returns to normal.”
There are, like virtually everything else related to this period, a lot of things we simply don’t know.
Under one scenario, people who have already become increasingly accustomed to cocooning at home with various streaming services might slide farther along those lines, faster, going forward.
Another prospect is that pent-up demand for movies in theaters will eventually come roaring back, whenever the situation improves, as people crave the experience. For those who remember whooping with an audience when, say, Captain America caught Thor’s hammer in “Avengers: Endgame” — or during the climax of “Get Out” — there’s no denying that communal thrill.
A third outcome, perhaps, falls somewhere in between. Consumers have already grown accustomed to the convenience of seeing movies — especially certain kinds of movies — at home. Plus, they have a greater variety and abundance of series, documentaries and more to scratch various itches than ever before.
At the same time, certain genres are made to be consumed with an audience in a darkened theater — feeding off shared reactions — with horror, action and certain comedies foremost among them.
Although there is no direct precedent for the current cultural upheaval, in the wake of the Sept. 11 attacks, author Haynes Johnson appeared on ABC’s “Nightline” and was asked whether the US would ever return to the same level of public participation. Sounding a reassuring note, Johnson said that after a time, society would “go back to our delights and diversions.”
The question to be answered at a later date is to what extent and where we’ll consume those diversions. While those who follow Hollywood continue to speculate, the truth is that everyone right now is in the dark.