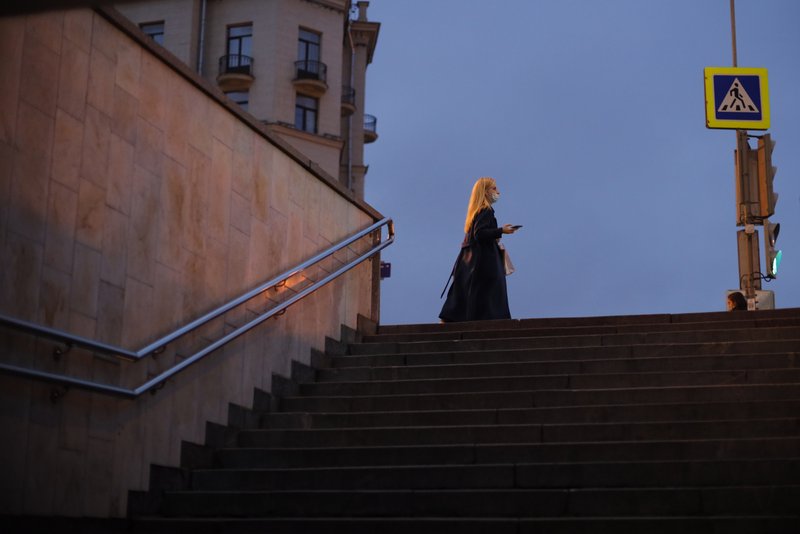 On Tuesday, the government’s coronavirus task force registered 18,648 confirmed cases. The previous record was more than 11,000 daily infections, set in the spring.

Russia currently has the world’s fourth-largest coronavirus caseload of 1.6 million. There’s been nearly 29,000 confirmed deaths since the start of the pandemic.

Russia has seen a surge in the past two months, with the number of new infections spiking from more than 5,000 a day in early September to 18,000 a day this week.

However, authorities have resisted a second lockdown or shutting down businesses despite reports about overwhelmed hospitals, drug shortages and inundated medical workers.

HERE’S WHAT YOU NEED TO KNOW ABOUT THE VIRUS OUTBREAK:

— UK to test all Liverpool residents for coronavirus

— Huge voter turnout expected in US despite virus, political rancor.

— Germany to expand use of antigen tests, hoping to keep nursing homes safe.

— US hospitals are scrambling to hire more nurses as the coronavirus pandemic surges, leading to stiff competition and increased costs.

PARIS — French supermarkets are banned from selling flowers and books but they can sell baby care products, according to a decree published Tuesday.

It lays out new rules for what are considered “essential” items during a monthlong lockdown effort to slow coronavirus infections.

Supermarkets are sealing off aisles or taking products off shelves based on the new rules. Small businesses like florists and bookstores say they are being unfairly punished because they were forced to close.

France is reporting tens of thousands of new infections per day. It recorded 410 virus-related deaths in hospital in a single day Monday, the highest one-day rise since April. Coronavirus patients occupy 73 percent of intensive care beds, a rising number that helped prompt the new lockdown.

COPENHAGEN, Denmark — A question-and-answer session and three votes in Denmark’s parliament were canceled Tuesday after at least two lawmakers have tested positive for the coronavirus.

At least six government members say they’re self-isolating as a precaution but continue to work from home.

LONDON — The British government plans to trial a new citywide coronavirus testing program in Liverpool, offering regular testing to everyone who lives and works in the city of 500,000 in an effort to slow the spread of the virus.

Testing will take place throughout the city using a variety of technologies, including new methods that can provide results in an hour or less.

The Department of Health says, “these more advanced tests will help identify infectious individuals who are not displaying symptoms … so they can self-isolate and prevent the virus from spreading.”

The Liverpool trial is seen as a test of how Britain may roll out mass testing across the country, which is facing a surge in coronavirus infections. England is scheduled to begin a second national lockdown on Thursday.

Liverpool has one of the highest infection rates in England, with more than 410 cases per 100,000 people.

BERLIN — Germany is counting on a new type of test to avoid closing nursing homes to visitors, a move that caused considerable anguish among residents and relatives in the spring.

So-called antigen tests, which look for a specific protein on the virus, were first launched months ago. They are cheap and fast, but experts said at the time they are also less accurate than the standard PCR test, which detects even the tiniest genetic trace of the virus.

Still, Germany — which has managed to contain the spread of the outbreak better than many of its neighbors — announced recently that it is bulk-buying millions of antigen tests each month.

“We have a new strategy,” Chancellor Angela Merkel said. “We can now basically perform rapid tests on visitors to nursing and care homes.”

Nursing homes will receive up to 20 free monthly tests per resident. These can be used to test patients, staff and — crucially — visiting relatives, who might be unwitting carriers of the virus.

COLOMBO, Sri Lanka — Authorities in Sri Lanka have extended the school holidays for two more weeks, postponing the opening of classes amid a surge of COVID-19 patients from two clusters in Colombo and the capital’s suburbs.

Schools had been scheduled to reopen Nov. 9, but the government announced Tuesday that classes would not resume until Nov. 23.

Schools were suddenly closed last month as a precautionary measure after a new cluster of coronavirus infections centered on a garment factory erupted in the densely populated Western province, home to the capital. Another cluster centered on the country’s main fish market arose later.

NEW DELHI, India — India has registered 38,310 confirmed coronavirus cases in the last 24 hours, maintaining an overall downturn even as fresh infections continue to appear in its capital, New Delhi.

With a total of 8.2 million coronavirus cases during the pandemic, India is the second worst-hit country behind the United States. But it has been witnessing a steady fall in daily cases.

Still, health officials say New Delhi remains in the grip of its third and worst wave of infections yet. In the past week, there were more than 5,200 cases on average every day. The Health Ministry attributes the city’s surge to the festival season, with people crowding markets for shopping.

TOPEKA, Kan. — A surge in confirmed coronavirus cases in Kansas is hitting some of the state’s most rural counties hard and has officials in even urban areas worrying that people aren’t following public health advice closely enough.

But health officials elsewhere say the virus is also spreading because people are still going to family gathering such as weddings, baby showers and barbecues. The health officer in the state’s most populous county of Johnson County in the Kansas City area says 20 percent of its cases since Sept. 1 are people infecting others in their own households.

OMAHA, Neb. — The surge in coronavirus cases in Nebraska has led to record-high hospitalizations and strains on the state’s health care system.

The number of people hospitalized in the state with the coronavirus set another record on Sunday with 613, one more than the previous day. Hospitalizations from COVID-19 have surged over the last month, according to the state’s online tracking portal.

Dr. Cary Ward, chief medical officer for CHI Health’s network of 14 hospitals across eastern Nebraska and western Iowa, says there had been a doubling of COVID-positive patients in the last several weeks in the network. He said if the trend continues “every hospital in the state could be at capacity in a very short period of time.”

Nebraska’s largest hospitals have started limiting elective surgeries as they work to cope with the increase in COVID-19 hospitalizations. The number of confirmed cases increased by 934 on Sunday in Nebraska, which has the seventh-highest rate of new cases in the nation.

DES MOINES, Iowa — The number of people treated for the coronavirus in Iowa hospitals continued to soar Monday, prompting doctors and hospital officials to warn their facilities and staff could be overwhelmed without serious efforts to curtail the virus spread.

Data from the Iowa Department of Public Health indicated 1,469 new confirmed cases and 17 additional deaths in the past 24 hours. That follows a weekend in which more than 2,800 new cases were reported each day.

The seven-day rolling average of the positivity rate in Iowa has risen over the past two weeks from 25.5 percent on Oct. 18 to 36.4 percent on Sunday, according to researchers at Johns Hopkins University. Iowa’s rate is now third in the nation, behind South Dakota and Wyoming.

All 99 Iowa counties have a positivity rate above 7.5 percent and 46 are above 15 percent, an indication that the virus is aggressively spreading statewide.

HARTFORD, Conn. — Rising rates of the coronavirus in Connecticut have postponed plans to resume jury trials in state courts.

Chief Justice Richard Robinson in September announced a proposal to have residents begin reporting for jury duty again on Nov. 2, about eight months after trials were put on on hold in March as the virus swept through the state.

The plan has been put on hold indefinitely and will be reassessed weekly, said Rhonda Stearley-Hebert, a spokeswoman for the Judicial Branch.

Gov. Ned Lamont’s office has said the number of cases has been rising steadily, including a one-day positive test rate of 6.1 percent on Thursday. Friday’s rate was back down to 2.5 percent. The rate had been below 1 percent over the summer.

Connecticut also continues to see an increase in hospitalizations and deaths. There were 329 people in the state hospitalized with COVID-19 on Friday, the most since early June. The state also reported seven more virus-related deaths Friday, bringing the state’s total during the pandemic to 4,616. More than 71,000 people in the state have tested positive.

HONOLULU — US Surgeon General Jerome Adams is pleading not guilty to being in a Hawaii park that was closed amid coronavirus restrictions.

Adams’ attorney, Michael Green, entered the plea on his behalf. Adams was not in Hawaii for Monday’s hearing. His assistant, who was also cited with him last month, also pleaded not guilty.

Adams and his aide were in Hawaii helping with a spike in coronavirus cases. A police officer found them at Kualoa Regional Park, which was closed to prevent gatherings of people. Adams was taking in the view and snapping photos at the park on Oahu’s northeastern coast, according to the citation.

Adams told the officer he was visiting Hawaii to work with the governor for COVID-19 and didn’t know parks were closed. The offense is a misdemeanor and carries a fine of up to $5,000, up to a year in jail, or both.

Image; A woman wearing a face mask to help curb the spread of the coronavirus walks past the underpass under the street in usually crowed center of Moscow, Russia, Monday, Nov. 2, 2020. Russia has the world’s fourth-largest tally of confirmed coronavirus cases with more than 1.6 million. The government’s coronavirus task force has reported more than 28,000 deaths. (AP Photo/Alexander Zemlianichenko)

Hospitals competing for nurses as US coronavirus cases surge