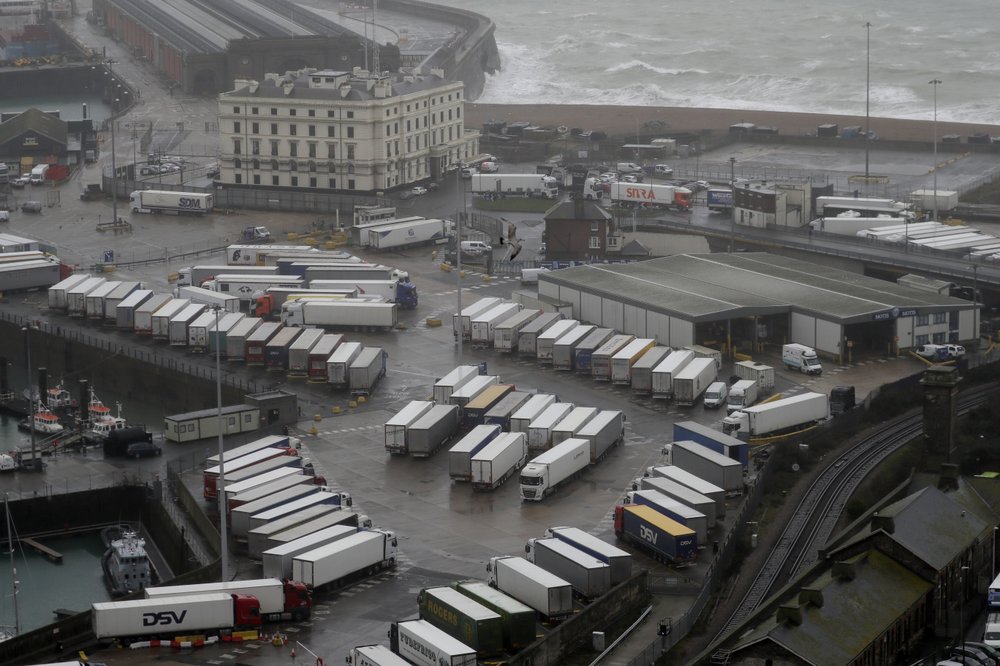 Germany has expanded its ban on passenger flights from the U.K. to forbid passenger transport by rail, bus and ship.

Health Minister Jens Spahn said the expanded measure took effect at midnight, a day after flights were halted. A similar measure applies to South Africa, where a new variant of the coronavirus also has been detected.

The measures apply through Jan. 6. There are exceptions for freight and mail transport, and for medical and humanitarian flights.

A string of European and other countries halted air travel from Britain because of a new and seemingly more contagious strain of the coronavirus in England.

A leading German virologist who was initially skeptical about reports that the strain was much more contagious voiced concern after seeing more data. Christian Drosten, a professor of virology at Berlin’s Charite hospital, tweeted that “unfortunately it doesn’t look good.”

But Drosten added: “What is positive is that cases with the mutation so far only increased in areas where the overall incidence was high or rising. So contact reduction also works against the spread of the mutation.”

Congress has easily passed a $900 billion pandemic relief package. It would deliver long-sought cash to businesses and individuals and resources to vaccinate a nation confronting a frightening surge in COVID-19 cases and deaths. The bill has been sent to President Donald Trump for his signature, expected in the coming days. The effort comes at the end of a year that’s become the deadliest in US history. Preliminary data on US deaths show the coronavirus pandemic contributing to a 15% or more increase in deaths over last year. US deaths topped 3 million for the first time, and the percentage increase was the largest in a single year since 1918.

ANKARA, Turkey — Turkey has identified and quarantined 4,603 airline passengers who arrived from the United Kingdom on and after Dec. 14, Turkish Health Minister Fahrettin Koca said Tuesday.

Flights from the U.K., South Africa, Denmark and the Netherlands were suspended on Sunday evening in response to a new strain of coronavirus said to be circulating there.

Koca tweeted that 335 passengers flying from those countries at the time of Sunday’s announcement were tested for the virus on arrival in Turkey and isolated.

Many countries have restricted travel, primarily from Britain, after the new strain was described as spreading rapidly there.

SEOUL, South Korea — South Korea will prohibit private social gatherings of five or more people and shut down ski resorts and major tourist spots nationwide starting on Christmas Eve as it contends with a surge in coronavirus infections.

The restrictions announced Tuesday extend to a national level similar rules set earlier by authorities in the Seoul metropolitan area. It is the most serious step the government has taken to reinstate social distancing after months of easing.

Prime Minister Chung Sye-kyun says the measures will be in place at least until Jan. 3.

The Seoul area has been at the center of a viral resurgence that has overwhelmed hospitals and increased death tolls. The surge has put pressure on the government to raise social distancing restrictions to maximum levels, something policymakers have resisted for weeks out of economic concerns.

Visitors will also be prohibited at nursing homes and long-term care facilities, and churches and other religious facilities will be shut. Restaurants cannot seat groups of five or more people, must maintain social distancing between diners and could face fines for violations.

OLYMPIA, Wash. — Washington state Gov. Jay Inslee has announced new travel restrictions for people arriving from the United Kingdom and South Africa, where a seemingly more contagious strain of the coronavirus is circulating.

Inslee said Monday he will order travelers coming from either of those two nations to quarantine for 14 days. He says the order will cover passengers who have arrived from those countries in the past few days.

Inslee says the quarantine measures are precautionary and meant to stem a possible surge in cases that could overwhelm hospitals.

The quarantine is mandatory and although it is legally enforceable, Inslee says no one will be taken into custody over it.

WASHINGTON — Two of the US military’s top officers have received the coronavirus vaccine.

Other members of the Joint Chiefs are also expected to get shots as part of a campaign to reassure those serving in the military branches that the vaccine is safe.

Image: Lorries are parked near the port, Monday, Dec. 21, 2020, after the Port of Dover, England, was closed and access to the Eurotunnel terminal suspended following the French government’s announcement. France banned all travel from the UK for 48 hours from midnight Sunday, including trucks carrying freight through the tunnel under the English Channel or from the port of Dover on England’s south coast. (AP Photo/Kirsty Wigglesworth)

Biden gets COVID-19 vaccine, says ‘nothing to worry about’