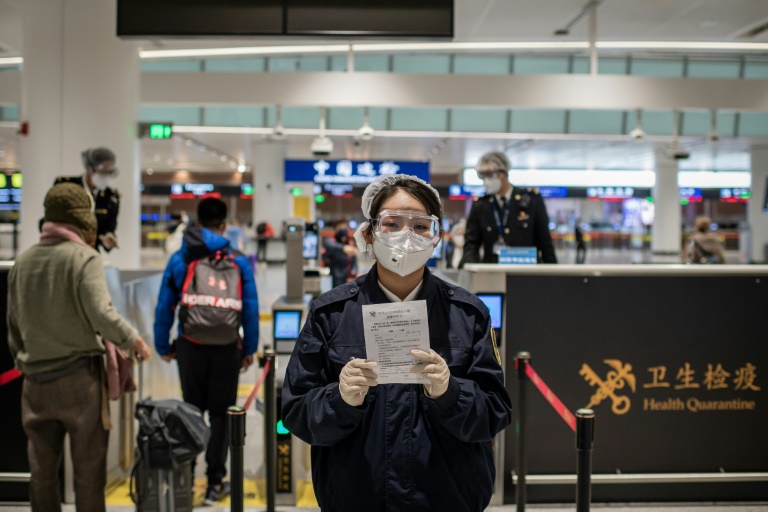 The new coronavirus that emerged in central China at the end of last year has now killed nearly 1,800 people and spread around the world.

The latest figures from China show there are more than 70,500 people infected in the country.

Outside mainland China, there have been about 900 infections reported in nearly 30 locations. Taiwan, the Philippines, Hong Kong and Japan have each reported one fatality, while France on Saturday announced the first death outside Asia, an elderly Chinese tourist.

Here are the areas where COVID-19, the virus’s official designation, has been confirmed:

As of Monday, 70,548 people had been infected across China, the majority in and around Wuhan, the capital of Hubei province, where the outbreak was first reported.

Most of the 1,770 who have died in mainland China were in that region, but officials have confirmed multiple deaths elsewhere, including the capital Beijing.

The fatalities include a US citizen.

Cruise ship Diamond Princess, quarantined off Japan: 454, plus a quarantine officer. (Some American citizens were flown to the United States, where they are to undergo a further 14-day quarantine.)

Japan: 60, including death of one infected woman

Hong Kong: 58, including one death

Taiwan: 20, including one death

Philippines: 3, including one death

France: 12, including one death

Image: AFP / NICOLAS ASFOURI A health quarantine officer (C), wearing protective gear at Daxing International Airport in Beijing, holds a health document to be filled and signed by arriving passengers because of the COVID-19 coronavirus outbreak

WHO warns against virus over-reaction as death toll hits 1,868