Facebook Twitter LinkedIn
CNN  —  When Kristen Asplin heard about a powerful new AI chatbot tool called ChatGPT going viral online recently with its ability to write frighteningly good essays in seconds, she worried about how her students could use it to cheat.

Asplin, a professor at University of Pittsburgh at Greensburg, soon joined a new Facebook group for teachers like herself to swap concerns and suggestions on how to restructure their lessons and assignments in response to ChatGPT. The tool, which launched in late November, can create detailed responses to simple prompts like “Who was the 25th president of the United States?” as well as answers to more complex questions like “What political developments led to the fall of the Roman Empire?”

Asplin eventually decided to tweak her approach to written assignments. Instead of focusing just on the final product, which could potentially be spit out easily by ChatGPT, she’s now asking students to hand in their papers at various stages of the writing process.

“I am emphasizing and being more vigilant about the early steps in the writing process so I can see their progress,” Asplin said about her new approach to class assignments. “This will give students more confidence in the process of writing so they are less likely to be desperate enough to cheat. It will also show me their work along the way so they can’t just type a prompt in the program and have the computer do their work for them.”

In the weeks since the artificial intelligence research group OpenAI launched ChatGPT, which is trained on a massive trove of information online to create its responses, the tool has been used to write articles (with more than a couple factual inaccuracies) for at least one news publication; penned lyrics in the style of various artists (one of whom later responded, “this song sucks”) and drafted research paper abstracts that fooled some scientists.

But while many may view the tool as a novelty with unknown long-term consequences, a growing number of schools and teachers are concerned about its immediate impact on students and their ability to cheat on assignments. The Facebook group that Asplin joined, for example, has added more than 800 members in just the few weeks since it was created.

Some educators are now moving with remarkable speed to rethink their assignments in response to ChatGPT, even as it remains unclear how widespread use is of the tool among students and how harmful it could really be to learning. In interviews with CNN, some college instructors said they are shifting back to in-classroom essays for the first time in years, and others are requiring more personalized essays. Some teachers said they’ve also heard of students being required to film short videos that elaborate on their thought process. Public schools in New York City and Seattle, meanwhile, have already banned students and teachers from using ChatGPT on the district’s networks and devices.

Alan Reid, a professor at Coastal Carolina University and an adjunct professor at Johns Hopkins University, believes teachers should work alongside ChatGPT rather than resist it in the classroom.

While there have been some anecdotes of cheating cases circling the internet and stirring fears of more to come, some teachers are urging their peers not to overreact to a new technology.

“There’s been a mass hysteria response to ChatGPT potentially ruining writing, while other people think it’s actually a good thing,” said Alan Reid, an associate professor of English at Coastal Carolina University. “We have to try to straddle the two sides and recognize the drawbacks alongside the positives.”

Adapting to a new AI chatbot

In recent weeks, Kevin Pittle, an associate professor at Biola University in California, has found himself thinking about what ChatGPT knows.

“Before assigning materials, I thoroughly interrogate ChatGPT to see what it does or does not ‘know’ about the material or have access to,” he said. With that in mind, he said he’s now requiring his students to show citations of specific sources that are unavailable to ChatGPT, including textbooks, articles behind paywalls, and materials produced after ChatGPT was trained on internet data available as of 2021.

And he’s not stopping there.

“ChatGPT doesn’t ‘have soul’ – its fictional reflections are generally pretty lifeless – so in one course I am requiring much more ‘soul-searching’ and reflective journaling than ChatGPT seems able to fake,” he said.

OpenAI previously told CNN it made ChatGPT available as a preview to learn from real world use. A spokesperson called that step a “critical part of developing and deploying capable, safe AI systems.”

“We don’t want ChatGPT to be used for misleading purposes in schools or anywhere else, so we’re already developing mitigations to help anyone identify text generated by that system,” the spokesperson said. “We look forward to working with educators on useful solutions, and other ways to help teachers and students benefit from artificial intelligence.”

Some companies such as Turnitin are already actively working on ChatGPT plagiarism detection tools that could help teachers identify when assignments are written by the tool. (Turnitin already works with 16,000 schools, publishers and corporations with its other plagiarism detection tools). Princeton student Edward Tuan told CNN more than 95,000 people have already tried the beta version of his own ChatGPT detection feature, called ZeroGPT, noting there has been “incredible demand among teachers” so far.

The concern extends beyond the United States. Alex Steel, the director of teaching strategy and a professor of law at the University of New South Wales, said a number of universities across Australia have announced a move back to closed book exams.

“There is an increasing number of academics concerned that they will not be able to detect AI-written answers,” he told CNN. “Partly the concerns are driven by a lack of understanding from teachers of what sort of questions might be susceptible … so staff may push for return to exams until [these issues] can be addressed.”

Learning to embrace it

Not all teachers are looking for ways to crack down on ChatGPT. Reid, the professor at Coastal Carolina University, believes teachers should work with ChatGPT and teach best practices in the classroom.

Reid said teachers could encourage students to plug an assignment question into the tool and have them compare that result to what they personally wrote. “This could also allow a teaching opportunity for students to see what they missed, analyze the various approaches they could have taken or use it as a starting point to help with an outline,” Reid said.

He argued there will always be ways for students to cheat online, so teaching them how ChatGPT may improve their own writing could be a practical step forward.

“The burden falls onto the educators – and many don’t want to be police in the classroom,” he said. “The way to handle it is for teachers to examine their own practices and think about how it can be used positively. If they ignore this thing and don’t know anything about it, that leaves the door open for students to use it to cheat and get away with it.”

The OpenAI website ChatGPT about page on laptop computer arranged in the Brooklyn borough of New York, US, on Thursday, Jan. 12, 2023.

Leslie Layne, an English and linguistics professor at the University of Lynchburg in Virginia, agrees. She now plans to teach students how ChatGPT could improve their writing.

“ChatGPT can give students a running start, so they’re not starting on a blank page. But it doesn’t come close to a finished product,” she said. “We want students to include more sourcing and evidence, so it could be used as something to build on.”

She likened ChatGPT to the outcry around calculators when they first came out. “People were very concerned we would lose the ability to do basic math,” she said. “Now we carry one wherever we go with our phones, and it is so helpful.”

Layne said teachers could consider having students critique how ChatGPT handled an assignment question, teach students how to find the best prompt for the best response, and have ChatGPT argue one side of a topic and a student argue the other side.

“Like with other new technologies, this could be a tool instructors use to help students express their ideas,” she said. “Students just have to learn how to improve its writing and adapt it to their own voice.”

Paging Dr. AI? What ChatGPT and artificial intelligence could mean for the future of medicine 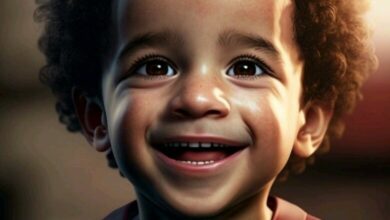