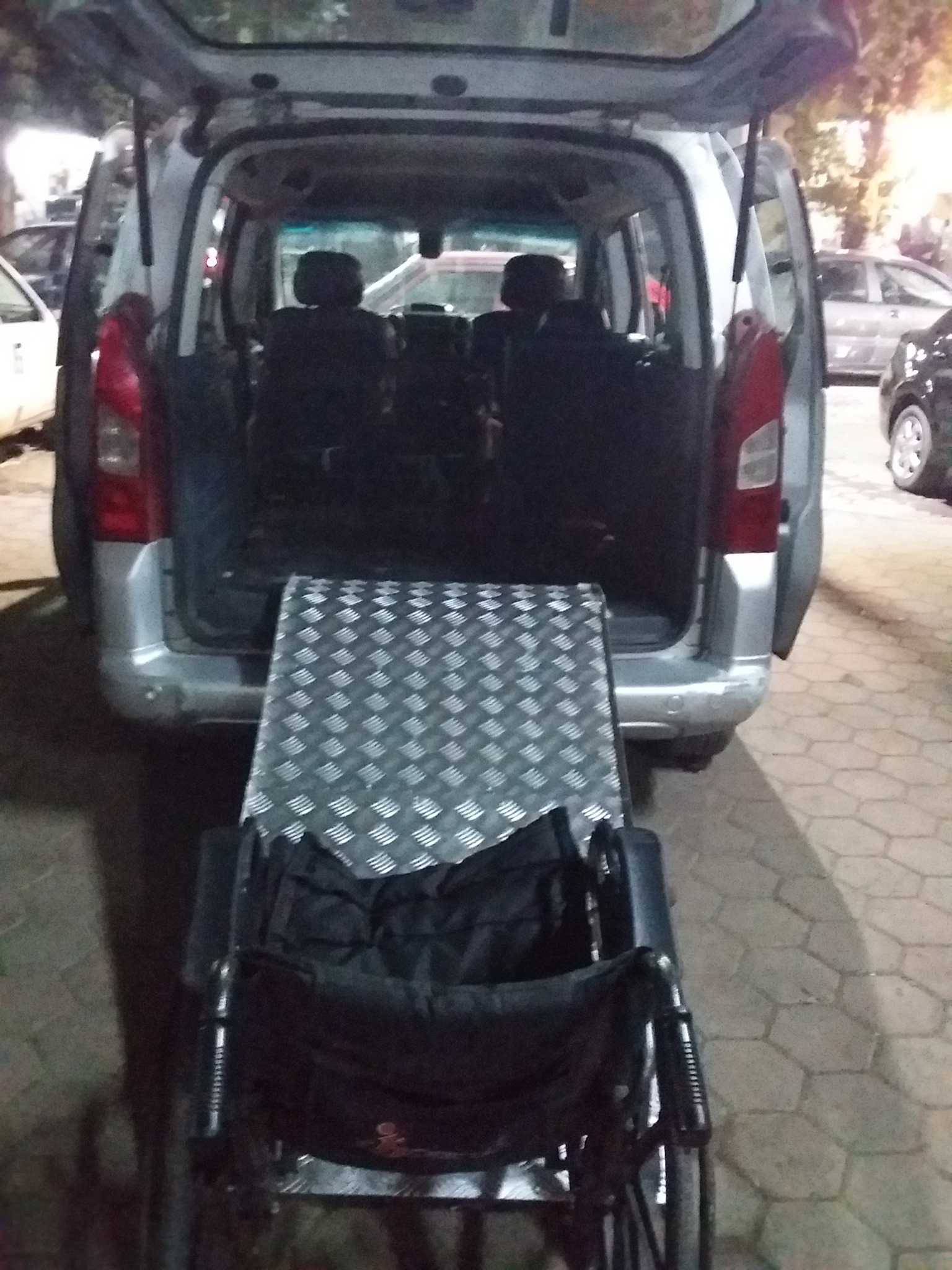 To help combat the transportation challenges faced by people in wheelchairs, Tawsila launched a commuting service earlier this year customized for transporting individuals with disabilities as well as elderly individuals in fully equipped cars.

“I came up with the idea as I observed the struggles faced by my mother, who is an elderly woman, who suffers each time she goes out using the available transportations means in the Egyptian streets, which are unprepared for transporting seniors,” Tawsila’s founder Khaled Khairy told Egypt Independent.

Tawsila is not a service limited to people with disabilities. It is available to anyone who suffers health problems.

Working with people with disabilities requires special skills and training to learn the procedures of wheelchair mobility. Individuals must learn how to go up and down stairs carrying the wheelchair client and how to fit the chair inside the car.  Accordingly, Tawsila’s operators, drivers and other employees are always thoroughly trained to run the whole process efficiently to ensure clients’ safety.

“All newly hired employees should first undergo a training period. The trainee starts to attend trips as an observer to acquire all necessary psychological and physical techniques,” Khairy emphasized.

Tawsila’s customers can book appointments through the service’s Facebook page or by phone. Customers are asked during the booking to inform Tawsila of all the case details.

“We examine the whole case first and accordingly identify which type of cars suit the customer the most,” Khairy stated, adding that the company is doing its best to offer full services that ease the client’s transportation process.

“The trip goes as follows: the two operators arrive and park the car in the closest spot to the client’s house, then they bring the wheelchair to the customer’s door, and next transport the customer to the car. One of the operators can accompany the client to wherever the client goes until the end of the trip, upon the customer’s request,” Khairy explained, affirming that the project’s goal is not only transporting people with disabilities, but also helping them with all that is needed to proceed with the trip outside the client’s home.

Tawsila has two types of cars. The first is furnished with large space to hold an un-dissembled wheelchair, and the other type has a moving front chair that is more accessible to clients. As the service is now based in Cairo’s Maadi and its nearby districts and operates with only three cars, the project’s founders are looking forward to expanding the service across Egypt and to the creation of a mobile application to facilitate the booking process.

A newly released report by UNDP indicates that there are nearly 12 million people with disabilities in Egypt.

In 2018, the non-profit organization Helm launched a campaign video featuring Egyptian actor Ahmed Malek in a wheelchair. Helm showed the daily struggles met by people with disabilities on streets in particular. In a like manner, The Alhassan Foundation was established in 2013 to offer solutions for everyday obstacles faced by individuals who use wheelchairs in addition to other varied conveniences.

In 2018, Careem launched an initiative tailored for people on wheelchairs in Alexandria to make the city more accessible by building ramps painted with wheelchair signs in central streets. As part of the same initiative, the company launched the “Careem Assist” commuting service in Alexandra, enabling users to request cars fully equipped to house a wheelchair.

Likewise, Egypt’s London Cab released their TX4 black cabs in 2017 to serve individuals outfitted with wheelchairs on its ramps.