Facebook Twitter LinkedIn
The Tamarod Movement came out in support of Minister Defense Abdel Fattah al-Sisi if he were to run for president on Monday in a statement on its Facebook page, adding it would prefer holding presidential elections before parliamentary election.
Tamarod has sent out an array of confusing conflicting endorsements of Sisi, seemingly flip-flopping multiple times on it its support for the defense minister as a presidential candidate. The movement originally said Sisi should not run. Then later it said it was not opposed to the idea, then in December posted in its Facebook page, stressing that it would support former presidential candidate Hamdeen Sabahi instead as the president should be a civilian.
The mixed messages are a result of the differences in views between its founders, which Tamarod explained “is not fragmentation or distraction from the unity of purpose we desire, but it is part of the democratic dialogue, which Tamarod is used to.”
The statement also called to unite the forces of the 'revolutions' of 25 January and 30 June, and to put aside differences in order to “achieve the requests of the Egyptian people who aspire for bread, freedom, social justice and national independence, and never return to the corruption of pre-25 January, and the tyranny of the pre-30 June.”
The movement considered the Constitution to be “the decisive battle.” “It's victory, would mean the victory of the road map, and of the will of the Egyptian people on 30 June and 3 July,” it added.
Tags
​​Tamarod

‘Get an American Divorce’: Campaign calls for publicity of all ‘Khulaa’ divorces 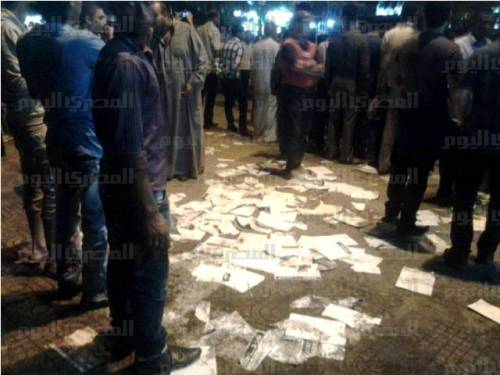 From the shadows: The failure of Gaza Tamarod