With reports of sexual assault rampant in Tahrir Square, one organization is throwing itself into crowds, pulling women out, warding off perpetrators and monitoring potential attackers.

“Women have the right to protest in the square and we are here to protect them and help them protect themselves,” representatives of Tahrir Bodyguard say.

The group’s latest initiative involves helping women to protect themselves, not only on Tahrir Square, but all over Cairo. Through Tahrir Bodyguard’s volunteers, a group of self-defense instructors and the Samia Allouba Gym and Fitness Center, women all over Cairo will have the opportunity to learn self-defense moves and techniques.

The first class took place at the Samia Allouba center Thursday in Maadi. Thirty women partnered up to try techniques such as windpipe grabbing, finger twisting and arm snapping as an introduction to what one can do without needing too much strength.

For the first 20 minutes or so, the participants were hesitant to hurt one another, poking at pressure points with very little pressure and asking for permission to twist fingers. But they warmed up, and by the end of the class, coughs, gasps and shouts of agony and surprise were heard as woman after woman pulled her partner to the ground with minimal effort.

“It’s all about practice,” says Dalia, 32, a seasoned self-defense trainee.

She emphasizes that once you know the techniques well, you are more confident when facing a potential attacker.

Patricia, the assistant instructor at the event, also spoke with class attendees about how some women may carry themselves in the street.

“Don’t bow your head down or look scared,” she advised. “The weaker you look, the more likely you’ll stand out to a potential attacker.”

The next Tahrir Bodyguard class is planned for 21 February. Anyone can take the class — just wear sports shoes, sign up by emailing [email protected] and show up on time. Follow the group on Twitter at @TahrirBodyguard for more information. 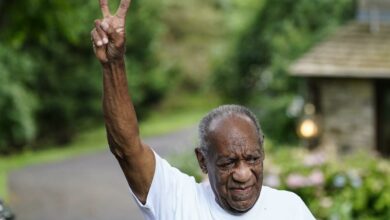