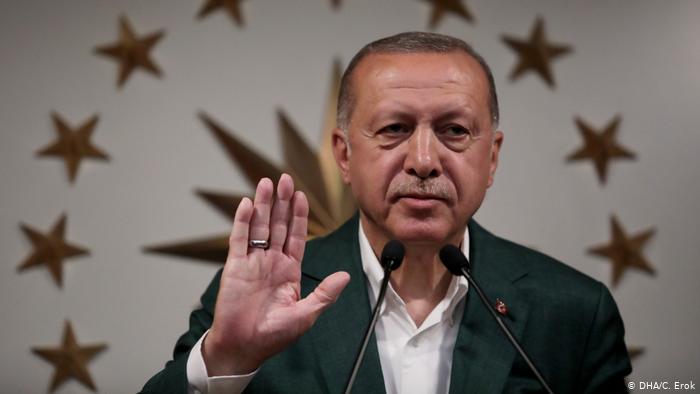 ANKARA (Reuters) – President Tayyip Erdogan said on Tuesday he believed the number of Syrians returning from Turkey to their homeland will reach one million once a safe zone is established in northeast Syria along their shared border.

Turkey hosts nearly 4 million Syrians – the largest number in any one country of Syrians displaced during the eight-year-old civil war. Tensions between Turks and Syrians flare up on occasion in the host country.

Turkey is in talks with the United States over the establishment of a safe zone across its border in northeast Syria, where the United States supports the Kurdish YPG militia. Ankara sees the YPG as a terrorist organization.

Ankara wants YPG fighters to withdraw from the area so as to secure its border, and Washington wants guarantees that its Kurdish-led allies in defeating Islamic State in Syria will not be harmed.

Turkey and the United States have also been working to implement an agreement over the Syrian town of Manbij, a process which Turkish military sources told Reuters in April was proceeding more slowly than desired.

Speaking in Ankara to lawmakers from his AK Party, Erdogan said: “We are trying to extend the safe zones along our borders as much as we can for the Syrian refugees in our country to be able to return home.

“At the moment, 330,000 people have returned, but I believe that when the problems in Manbij and the east of Euphrates are resolved, this will reach one million very quickly.”

Aleppo's scattered business owners have yet to return home