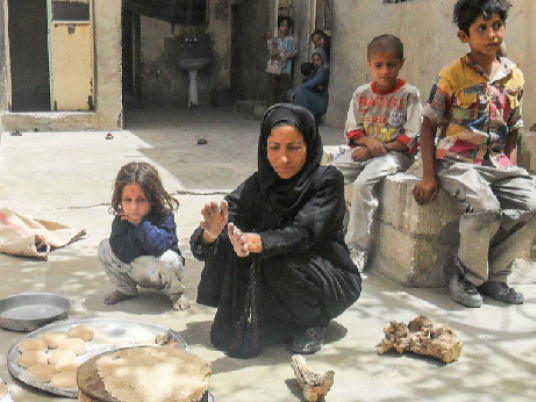 ” which indicates that Syrian refugees residing in Egypt have invested nearly $800 million in the country since the beginning of the Syrian crisis; these numbers are bound to increase if certain recommendations are to be applied regionally, as well as by host countries.

More than five million refugees fled Syria and settled in Egypt, Iraq, Jordan, Lebanon and Turkey. In Egypt, figures suggest that 120,000 Syrians are officially registered, even though governmental sources estimate the actual number to be closer to half a million.

The report, published in collaboration with the International Labor Organization and the World Food Programme, provides pragmatic, empirically grounded evidence to support efforts by the host nations, the international donor community and the private sector in achieving their ambitious goal of creating 1.1 million new jobs by 2018.

The research explores the challenges faced in accessing and creating economic opportunities, and identifies approaches likely to expand economic opportunities for Syrian refugees, the internally displaced and their host communities by drawing on recent successes and ongoing efforts across these countries.

Regarding Egypt, the influx of people, in addition to the private capital and expertise, has fueled the growth of businesses in the country, with over $800 million injected into the economy through investment, technical skills and business enterprises.

The majority of Syrians residing in Egypt are integrated into urban areas, where they are employed in the informal economy.

The report notes that Syrian refugees are generally perceived to be from “more affluent backgrounds” than those in neighboring countries as they were able to afford air travel, though existing data indicate that nearly 88 percent are very vulnerable.

As part of the report’s recommendations on how Egypt can further strengthen its economic opportunities to Syrians, it suggests that Syrian business activitybe facilitated by calling on the Egyptian government “to remove barriers faced by Syrian businesses, as they have a proven capability to create jobs for both Syrians and Egyptians”.

The report dug onto the challenges addressed by refugees for the proposal to be put up-front, which are summed up by investment and access to financing, business rules and regulations, as well as the difficulty of having local partners.

It explained that this can help expand economic opportunities as the Syrian private industry—which has already invested nearly $800 million in Egypt since the beginning of the crisis—offers a unique opportunity to bolster and invigorate the Egyptian private sector.

“This will create jobs for Egyptians and Syrian refugees alike,” the report said.

However, according to the UNDP report, this recommendation is bound to cause potential implementation challenges as Syrian businesses may be seen as competitors by the Egyptian private sector “which will seek to restrict their ability to establish operations in Egypt”.

Yet, the report suggested that there might be a simple way to overcome this challenge, which is by establishing clear systems for Syrian-Egyptian business partnerships, limiting government intervention.

Another recommendation put forth by the UNDP for Egypt to extend residency permits for Syrian refugees from six months to two years.

“The six-month residency permit does not reflect the reality of the protracted crisis in Syria. A two-year residency permit would provide refugees the stability that they need to thrive, with add-on benefits for the Egyptian private sector,” the report said.

Hurdles that were addressed by Syrian refugees in Egypt are the residency permits and work permits, which if facilitated, can help in expanding the economic opportunities as “lengthening residency will reduce employee turnover because of residency issues, bolstering employment for Syrian refugees and strengthening the domestic private sector where they work”.

The report also cited some potential implementation challenges like the Egyptian government’s hesitancy in supporting longer term residency permits for Syrians because of concerns that “this may enable Syrian refugees to transition from being a temporary refugee population to becoming a long-term minority in Egypt” which, consequently, other refugees may also demand.

Furthermore, the report recommended that Egypt tie the right to work for Syrians to their residency permit.

“The government of Egypt should tie the right to work to residency, on a temporary basis with reconsideration every two years. This approach has been lauded as benefiting both Syrian refugees and the domestic economy where the refugees are similarly skilled and are a small percentage of the overall labor force.”

Alternatively, the report suggested for the government to modify the labor law, waiving the clause that a foreigner (Syrian in this case) can only be hired if there is not an eligible Egyptian seeking the same employment.

In Egyptian law, foreigners are allowed to obtain work permits if they have residency but not refugee status. The report claims that expanding the right to work would bolster employment for Syrian refugees and strengthen the domestic private sector

“Much of the necessary legal framework is in place for Syrians to re-establish their credentials and gain access to work permits in Egypt. Syrian refugees do not typically have the knowledge to navigate these processes,” the report said, adding that the international community should fund information centers that will enhance refugee access to employment opportunities, within Egypt’s laws.