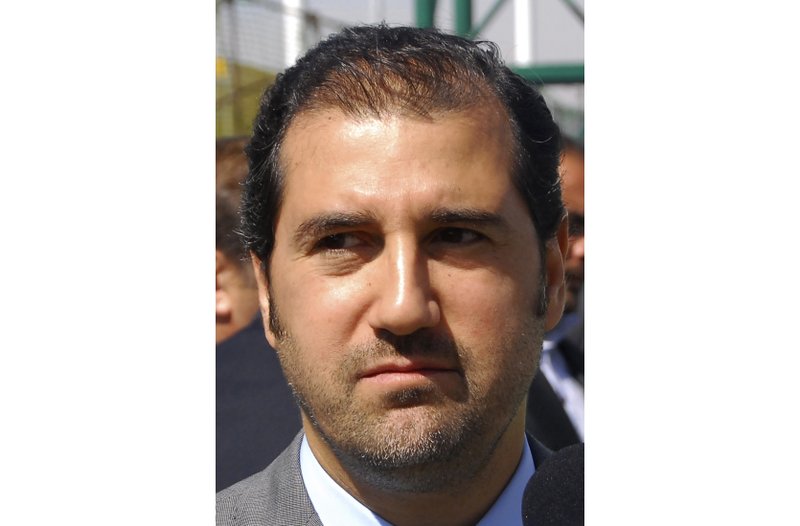 BEIRUT (AP) — A Syrian court has ordered a travel ban on the cousin of the country’s president and one of its wealthiest businessmen in the latest measure to contain a financial dispute that has pried open divisions in the Assad family.

The decision was published on the Syrian Justice Ministry’s Facebook page late on Thursday. The court said Rami Makhlouf would be temporarily banned from leaving Syria until a dispute over outstanding financial dues is settled.

There has recently been a quick succession of government measures against Makhlouf, including confiscating his assets earlier this week and warning that more financial claims would be made against the man, once believed to be at the heart of the economy of Syria. The escalation appears aimed at wrapping what has been an unusually widely publicized family rift.

Makhlouf has defiantly and in public statements challenged the financial claims made against him, saying they are unjust and called for his cousin President Bashar Assad to be an arbiter. Makhlouf heads the largest telecommunication company in the country, Syriatel, among other things.

The president has made no public statements about the affair — the most visible split in the tight-knit family which has ruled Syria for nearly 50 years. Makhlouf is Assad’s maternal cousin.

In a stunning gesture, Makhlouf had taken his grievances to social media starting earlier this month, posting videos online in which he challenged claims that Syriatel owed the state any money and appealed to Assad to prevent persons he did not name from destroying his business. It was the clearest indication that Assad’s cousin and once a close aide has been isolated from the president.

The government on Tuesday ordered Makhlouf’s assets and those of his wife and children seized and barred him from doing business with the state for five years. On Thursday, the Justice Ministry posted the court order on the travel ban. It said that based on a case filed by the Telecommunications Ministry, Makhlouf would be barred from traveling outside of Syria until he settles his debt with the government. A telecommunications regulatory body had said Makhlouf owes the government some US$180 million in outstanding operational fees.

Makhlouf has contested the legality of all the moves in his recorded videos. In his last one on Tuesday, he said they “just want to control the company and they see nothing else,” without elaborating.

Syriatel is one of Syria’s largest employers with thousands of staff and 11 million subscribers.

The rift comes as the country, already under Western sanctions, enters a new phase of economic hardship. Syria’s currency has spiraled downward, sending prices of basic commodities soaring. Economic activity is also being hurt by restrictions imposed to combat the coronavirus, following austerity measures taken during the war which has displaced nearly half the population.

Image: In this April 24, 2010, file photo, Rami Makhlouf, a cousin of Syrian President Bashar Assad and one of that country’s wealthiest businessmen, attends an event to inaugurate a hotel project in Damascus, Syria. In a homemade video posted on Facebook late Thursday, April 30, 2020, Makhlouf pleads with the Syrian leader to help prevent the collapse of his telecommunications company through excessive and “unjust” taxation, exposing a major rift in the tight knit Assad family. (AP Photo, File)