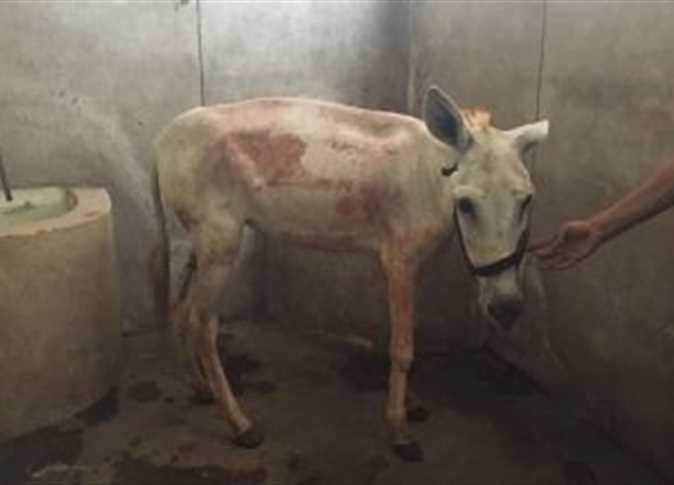 A group of Swiss tourists visiting Egypt were angered by how one donkey was brutally treated near the Giza Pyramids so they decided to buy it, rescue it, medically treat it and fly it with them to Switzerland.

The Swiss tourists were at Sakkara this week where they found a donkey with traces of torture, and severe wounds. They offered its owner money so they could take it, but the owner refused, Mohammed al-Nawawi, head of the Brooke Hospital for the treatment of donkeys and horses told Al Masry Al Youm.

The tourists later contacted the Ministry of Antiquities and the tourism police, where they escorted the donkey owner to the police station, and reached an agreement for the Swiss tourists to pay 800 euros for the donkey.

The donkey is now at Brooke Hospital for treatment until the completion of the necessary travel procedures.

“The tourists also attempted to take legal procedures against the abuser, accusing him of torture,” president of the Society of Friends of the Animals said.

Mona Khalil, head of the Animal Welfare Society, told Al-Masry Al-Youm that putting the donkey in an Egyptian hospital would have been a disaster, adding that she believes the Swiss tourists shouldn’t have paid the money.

“It’s unfortunate that Brooke hospital cancelled its residence program, and other veterinary units are usually negligent in the way they treat and care for donkeys,” she said.