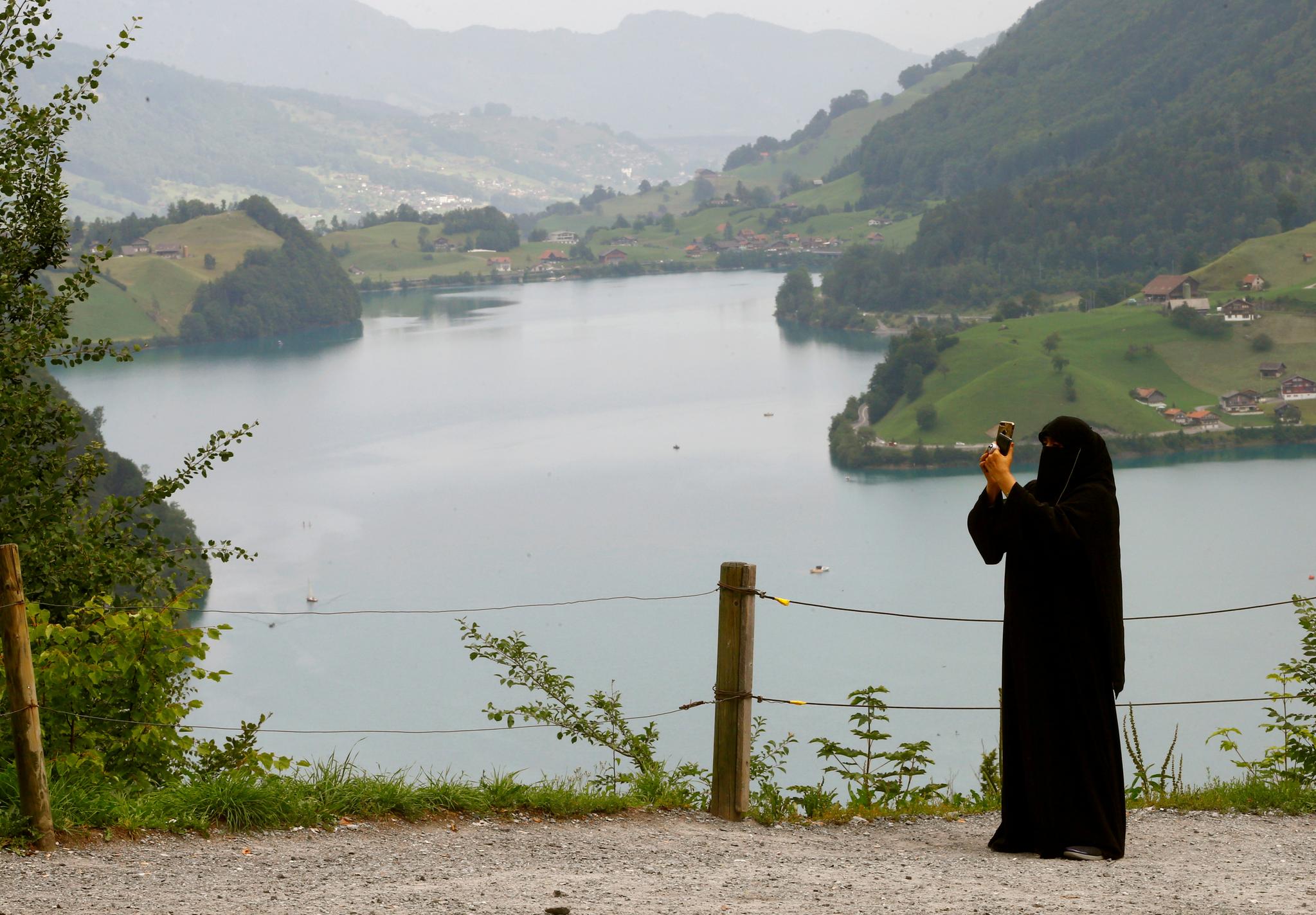 ZURICH (Reuters) – A far-right proposal to ban facial coverings in Switzerland was headed toward a narrow victory in a binding referendum on Sunday viewed as a test of attitudes toward Muslims.

Projections for broadcaster SRF, based on partial results, showed the measure passing 52% to 48%, with a two-point margin for error. Final results were due later on Sunday.

The proposal under the Swiss system of direct democracy does not mention Islam directly and also aims to stop violent street protesters from wearing masks, yet local politicians, media and campaigners have dubbed it the burqa ban.

“In Switzerland, our tradition is that you show your face. That is a sign of our basic freedoms,” Walter Wobmann, chairman of the referendum committee and a member of parliament for the Swiss People’s Party, had said before the vote.

He called facial covering “a symbol for this extreme, political Islam which has become increasingly prominent in Europe and which has no place in Switzerland”.

The proposal predates the COVID-19 pandemic – which has required all adults to wear masks in many settings to prevent the spread of infection – and gathered the necessary support in 2017 to trigger a referendum.

France banned wearing a full face veil in public in 2011 and Denmark, Austria, the Netherlands and Bulgaria have full or partial bans on wearing face coverings in public.

Practically no one in Switzerland wears a burqa and only around 30 women wear the niqab, the University of Lucerne estimates. Muslims make up five percent of the Swiss population of 8.6 million people, most with roots in Turkey, Bosnia and Kosovo.

Swiss Muslims have said right-wing parties were using the vote to demonise them and rally supporters.

Amnesty International has called the face veil ban “a dangerous policy that violates women’s rights, including to freedom of expression and religion”.

The government had said the proposal went too far and recommended voters reject a ban.

Image: FILE PHOTO: A woman wearing a niqab takes a picture from a lookout above lake Lungenersee at the Bruenigpass mountain pass road, Switzerland August 3, 2017. On March 7 Switzerland’s voters will decide about a nationwide veil ban. REUTERS/Arnd Wiegmann/File Photo