A Swedish appeals court decided to uphold the arrest warrant for Wikileaks founder Julian Assange on Friday, prolonging the six year long legal stand off with prosecutors and clearing the way for the Wikileaks founder to be questioned in London next month.

Assange, 45, is wanted by Swedish authorities for questioning over allegations, which he denies, that he committed rape in 2010.

"The Court of Appeal shares the assessment of the District Court that Julian Assange is still suspected on probable cause of rape," the court said.

Assange avoided possible extradition to Sweden by taking refuge in Ecuador's London embassy in 2012. He says he fears further extradition to the United States, where a criminal investigation into the activities of Wikileaks is ongoing.

Per Samuelson, a Swedish lawyer representing Assange, said he had not yet talked to his client.

"I assume we will appeal, it would be strange if we did not," he said.

The court said the lengthy deadlock and the previous passivity of Swedish prosecutors in pursuing the investigation were arguments for setting aside the warrant, but there remained a strong public interest argument for it remaining in place.

"At present, continued detention therefore appears to be both effective and necessary so as to be able to move the investigation forward," the court said.

Ecuador has set an Oct. 17 date for questioning Assange at its London embassy.

Swedish prosecutors have said the questioning will be conducted by an Ecuadorian prosecutor.

The latest request by Assange to have the warrant for his arrest overturned came after a U.N. panel in February said his stay at the Ecuadorean embassy equaled arbitrary detention, that he should be let go and be awarded compensation.

"Julian Assange is being detained arbitrarily and should be freed immediately," Ecuador's government said in a statement, adding that it would continue to protect and give him asylum in line with its traditional defense of human rights. 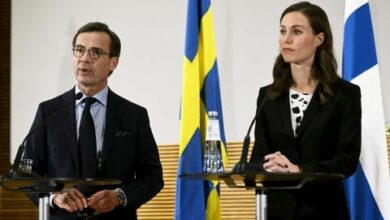