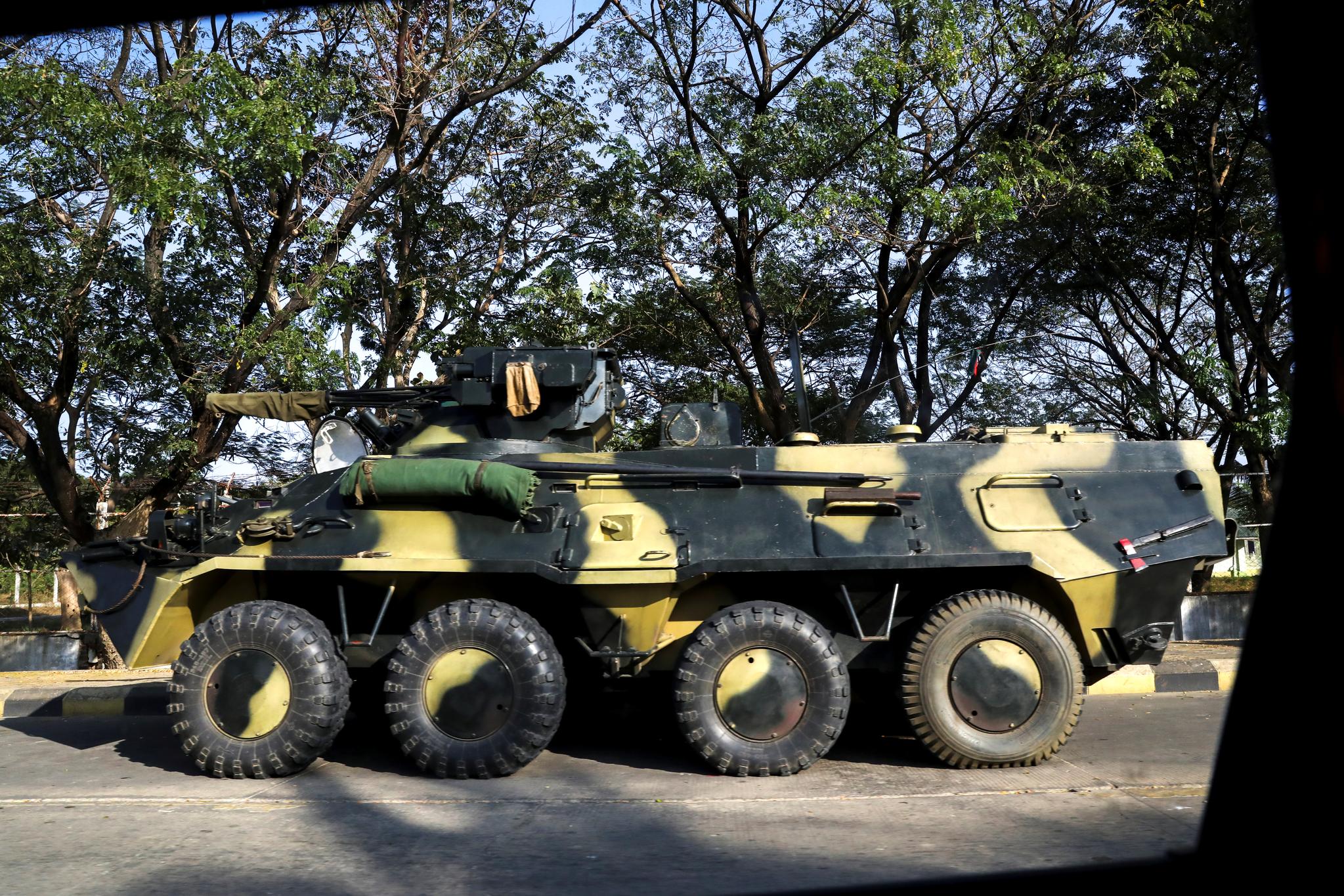 Reuters) – The party of Myanmar’s detained elected leader Aung San Suu Kyi called on Tuesday for her immediate release from detention and for the junta to recognise her victory in November elections, a day after a military coup sparked global outrage.

The United States threatened to reimpose sanctions on Myanmar’s generals after they seized power and arrested Suu Kyi and dozens of her allies on dawn raids on Monday.

The Noble Peace laureate’s whereabouts remained unknown more than 24 hours after her arrest and her only communication has come in the form of a statement written in anticipation of the coup calling for protests against military dictatorship.

The U.N. Security Council was due to meet later on Tuesday, diplomats said, amid calls for a strong global response to the military’s latest seizure of power in a country blighted for decades by army rule.

The coup followed a landslide win for Suu Kyi’s National League for Democracy (NLD) in Nov. 8 elections, a result the military has refused to accept citing unsubstantiated allegations of fraud.

The army handed power to General Min Aung Hlaing and imposed a state of emergency for a year, crushing hopes the poverty-stricken country also known as Burma was on the path to stable democracy.

The NLD’s executive committee demanded the release of all detainees “as soon as possible”.

In a post on the Facebook page of senior party official May Win Myint, the committee also called for the military to acknowledge the election results and for the new parliament – which was due to meet for the first time on Monday – to be allowed to sit.

US. President Joe Biden called the crisis a direct assault on Myanmar’s transition to democracy and the rule of law, and said his administration would watch how other countries responded.

“We will work with our partners throughout the region and the world to support the restoration of democracy and the rule of law, as well as to hold accountable those responsible for overturning Burma’s democratic transition,” Biden said in a statement.

The crisis in Myanmar is one of the first major tests of Biden’s pledge to collaborate more with allies on international challenges, especially on China’s rising influence.

The United Nations led condemnation of the coup and calls for the release of detainees, in comments largely echoed by Australia, the European Union, India, Japan and the United States.

China did not join the condemnation, saying only that it noted the events and calling on all sides to respect the constitution. Other countries in the region including neighbouring Thailand refused to comment on Myanmar’s “internal affairs”.

The streets of Myanmar were quiet overnight during a curfew already in place to stop the spread of coronavirus. Troops and riot police took up positions in the capital, Naypyitaw, and the main commercial centre Yangon.

By Tuesday morning, phone and internet connections were restored but usually bustling market places were quiet and the airport in the commercial hub of Yangon was closed.

Banks in Yangon reopened after halting financial services a day earlier due to poor internet connections and amid a rush to withdraw cash.

Locals feared the upheaval will further hurt the economy, still reeling from the COVID-19 outbreak.

“The business has slowed due to the pandemic even up until now, and then the political conflict happened. Livelihood is not easy,” said taxi driver Aung Than Tun.

Suu Kyi, 75, endured about 15 years of house arrest between 1989 and 2010 as she led the country’s democracy movement in its long struggle against the military juntas which have ruled the country for much of the past six decades.

The latest coup marks the second time the military has refused to recognise a landslide election win for the NLD, having also rejected the result of 1990 polls that were meant to pave the way for multi-party government.

Mass protests led by Buddhist monks in 2007 forced the generals to compromise and the NLD finally came to power in 2015 under a new constitution guaranteeing a major role for the military in government, including key ministries.

General Min Aung Hlaing has promised a free and fair election and a handover of power to the winning party, without giving a timeframe.

Buddhist monk Shwe Nya War Sayadawa, known for his outspoken support for the NLD, was also among those arrested on Monday, his temple said. Monks are a powerful political force in Buddhist-majority Myanmar.

One of the key concerns for UN diplomats is the fate of Rohingya Muslims and other ethnic minority groups who have endured years of harsh treatment at the hands of the military.

“So our fear is that the events may make the situation worse for them,” he said.