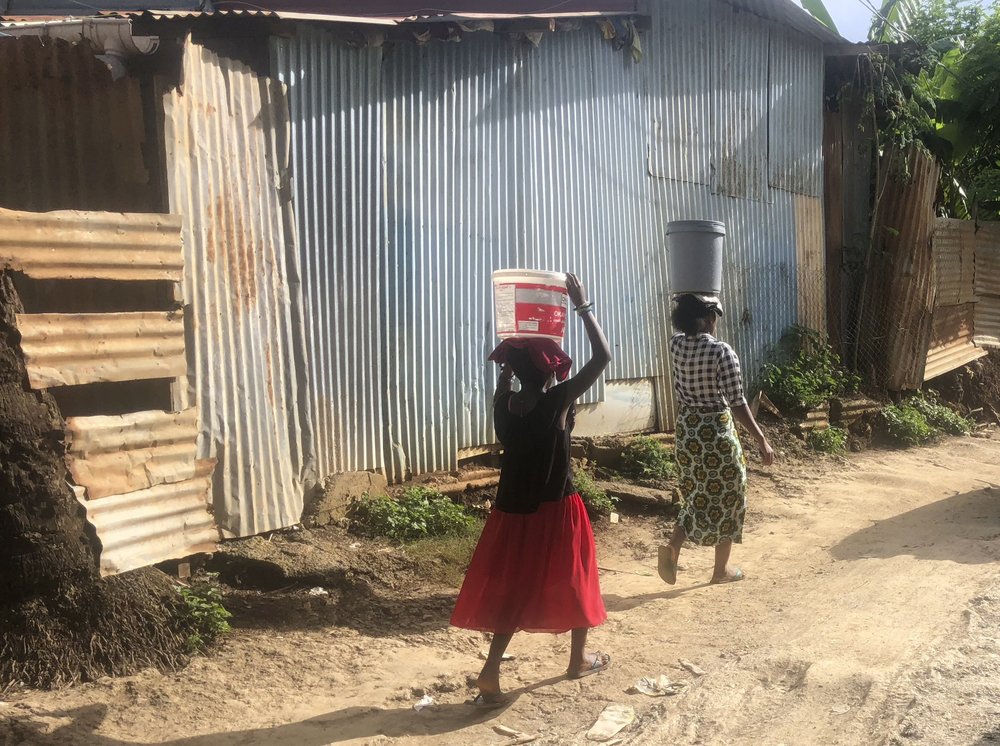 The demand for intensive care beds is more than triple the supply, as medical workers fight to contain the French Indian Ocean territory’s worst coronavirus outbreak yet.

The Mayotte islands are the poorest corner of the European Union, tucked between Madagascar and the mainland coast of Mozambique in southern Africa. They have been the last spot in France to receive any coronavirus vaccines.

The French army is sending in medical workers and a few ICU beds, but the temporary aid will only go so far on the islands where masks are a luxury, where nearly a third of the region’s 300,000 people have no running water and where a new lockdown is suffocating livelihoods.

“We used to work at the big market to sell things, to have money to feed our families,” said Ahamada Soulaimana Soilihi, a 40-year-old father of six living in a shantytown in Mayotte’s capital city of Mamoudzou.

“How can we live without work, without being able to move, without anything?” Soilihi asked.

While ocean waves lap empty beaches and police patrol the quiet streets of Mamoudzou’s business district, many people in Soilihi’s Bandrajou neighborhood seem unaware of lockdown rules or social distancing measures. Clusters of children play barefoot on the dusty ground, girls carry buckets on their heads to fetch water from a collective pump, an older woman at an informal street stall braids a younger woman’s hair. Almost no one wears a mask.

The virus is attacking Mayotte in a “brutal and rapid” way, Dominique Voynet, the head of the regional health service, told The Associated Press. “All indicators are getting darker and darker … people are dropping like flies.”

Mayotte’s weekly infection rate is now nearly four times higher than the national French average. The territory has registered 11,447 virus cases since the pandemic began — a third of them over the past two weeks — and at least 68 deaths, double the per capita virus death rate nationwide.

That made it all the more disappointing that Mayotte was the last French overseas region to get a vaccine shipment, a month after the first doses landed in Paris, more than 8,400 kilometers (5,000 miles) away.

“We were equipped much later than other (French) regions, to my great dismay,” Voynet said.

The French Foreign Legion delivered the super-freezer needed to store Mayotte’s initial deliveries of 950 doses of Pfizer-BioNTech vaccines. More shipments have trickled in, and the territory has so far vaccinated 2,400 people, or less than 1% of its population.

In Paris, government spokesman Gabriel Attal initially argued that Mayotte’s young population – just 4% are over 60 – meant the region was a low priority for vaccination, noting its “demographic and geographic realities which are obviously different” from the mainland.

But now that infections are raging, France’s central government is increasingly worried.

Doctors are transporting several ICU patients per day to nearby Reunion island. The French military on Sunday flew in medical workers. The regional health service is organizing water deliveries to encourage the poorest to stay home.

Many Indian Ocean islands and countries on Africa’s mainland are facing similar — or worse — outbreaks and vaccine delays.

Madagascar, with 27 million people, does not yet have vaccines. Mozambique, with 30 million people, has imposed a curfew to battle a surge driven by the variant dominant in South Africa, and doesn’t have any vaccines either. Neither do the nearby Comoros islands for its population of 850,000.

The largest country in the region, South Africa, with 60 million people, has reported more than 1.47 million cases, including over 46,800 deaths. Its health minister announced Wednesday the government will be giving out the as-yet unapproved Johnson & Johnson vaccine to health care workers after a small test showed that the AstraZeneca vaccine offers only minimal protection against the variant dominant in the country.

Mayotte lawmaker Mansour Kamardine doesn’t understand why his homeland is in such dire straits.

When the rest of the Comoros islands chain voted in the 1970s for independence from France after a century-and-a-half of colonial rule, Mayotte residents voted overwhelmingly to stay French.

Today, Mayotte has the same administrative status as any region on mainland France — one of the world’s richest countries. The territory uses the euro as currency and is represented in the European Parliament. A 2003 law promises “liberty, equality and fraternity” to all people on France’s overseas lands.

He wrote to the government to plead for more permanent ICU beds, to no avail. The whole territory has just 16.

Mayotte is among nine territories – mostly French – with a special status in the EU as an “outermost region,” which have access to development funds aimed at reducing the economic gap with the European continent left over from colonial times.

Piles of red plastic Coca-Cola chairs collect dust in a Mamoudzou cafe, shaded by palm trees, where a sign points toward Tokyo, 11,230 kilometers (nearly 7,000 miles) away. Metal grates hide storefronts. Business travel and tourism have plunged as the pandemic wears on.

At the Caribou restaurant, bar and hotel, Chaima Nombamba manages the takeout counter — the only piece of the business still allowed to operate.

The hotel shut down because of “a flood of cancellations.” Most of the restaurant staff is on temporary unemployment — a French government coronavirus program that those in the informal economy don’t enjoy.

“Yes, the health crisis is very serious, and there is a deadly impact for some of us. But is it the moment to punish small businesses, notably our sector of activity, which is really hit hard, which is being killed bit by bit by little fires?” she asked.

“We don’t know what tomorrow will bring. We can’t make plans or anticipate certain things because it’s changing every day,” she said. “So where is the solution?”

By SONY CHAMSIDINE and ANGELA CHARLTON

Image: Young women carry buckets of water on their heads in the Bandrajou district of Mamoudzou, Mayotte island, Saturday Feb.6, 2021. In the French Indian Ocean territory of Mayotte, virus cases are suddenly spiking to their highest levels since the pandemic began, and demand for ICU beds is more than double supply. A third of the population has no running water. (AP Photo/ Sony Ibrahim Chamsidine)