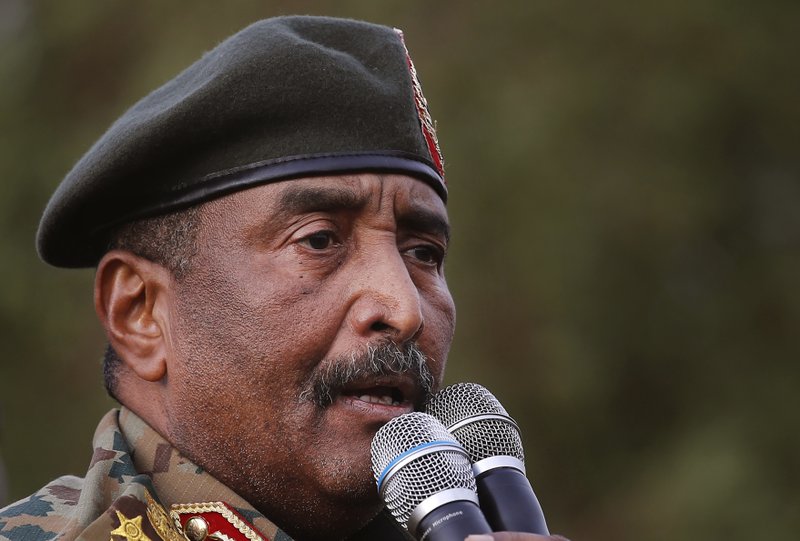 Gen. Abdel-Fattah Burhan, head of the ruling sovereign council, told state television that without the normalization with the Jewish state now, Sudan would have had to wait until deep into next year to be removed from the US’s list of state sponsors of terrorism.

Trump’s administration has tied the de-listing of Sudan to a deal to normalize ties with the Jewish state. The African country is the third Arab state — after the United Arab Emirates and Bahrain — to move to normalize relations with Israel. The administration was eager to achieve diplomatic victories in the run-up to the US presidential election November 3.

Trump announced Friday that Sudan would start to normalize ties with Israel after pledging that the African country would be removed from the terror list after it agreed to put $335 million in an escrow account to be used to compensate American victims of terror attacks. The attacks include the 1998 bombings of the US embassies in Kenya and Tanzania by the al-Qaida network while its leader, Osama bin Laden, was living in Sudan. In exchange, Trump notified Congress on Friday of his intent to remove Sudan from the US list of state sponsors of terrorism.

Burhan said both deals will open the door for Sudan to be integrated into the world financial and political system. “It was necessary for us to bring Sudan back into the global system,” he said.

Sudan wants to revive its battered economy and rescue its transition to democracy, following a popular uprising last year that led the military to overthrow longtime autocrat Omar al-Bashir.

The transitional government has been struggling with a huge budget deficit and widespread shortages of essential goods, including fuel, bread and medicine. Annual inflation soared past 200 percent last month as prices of bread and other staples surged, according to official figures.

The designation of Sudan as a “state sponsor of terrorism” dates to the 1990s, when the nation briefly hosted Osama bin Laden and other wanted militants. Sudan was also believed to have served as a pipeline for Iran to supply weapons to Palestinian militants in the Gaza Strip.

Some factions within the political alliance supporting the transitional government have voiced their opposition to normalization with Israel, including Sudan’s former Prime Minister Sadiq al-Mahdi, who heads the country’s largest political party.

Burhan, however, said he consulted with al-Mahdi and other political leaders who did not voice objections to an agreement with Israel, “as long as it will be brought to the legislative branch,” which has yet to be formed.

Burhan said he is confident the normalization deal will be ratified by the interim parliament, challenging political parties that object to campaign in the next elections to cut ties with the US and Israel.

He also said that Sudan, a Muslim-majority African country, still supports the Palestinian people in their call for an independent state on territory captured by Israel in 1967.

The Sudanese leader urged Israel to carry out its part in the 2002 Arab Peace Initiative, which offers Israel normal ties with Arab states in return for Palestinian statehood.

Khartoum hosted the historic Arab League summit after the 1967 Mideast War. The conference approved a resolution that became known as the “three no’s” — no peace with Israel, no recognition of Israel and no negotiations.

Burhan said that “everything has changed” since the “three no’s” conference and several deals were cut with Israel, including the Palestinians. He was refereeing to Egypt, Jordan, UAE and Bahrain that normalized ties with the Jewish state.

FILE – Sudanese Gen. Abdel-Fattah Burhan speaks during a military-backed rally in Omdurman district, west of Khartoum, Sudan, Saturday, June 29, 2019. Sudan’s leader said Monday, October 26, 2020 that the decision to normalize ties with Israel was an incentive for President Donald Trump’s administration to end Sudan’s international pariah status. Gen. Abdel-Fattah Burhan, head of the ruling sovereign council, told state television that without the deal Sudan would have had to wait until deep into next year to be removed from the US’s list of state sponsors of terrorism. (AP Photo/Hussein Malla, file)