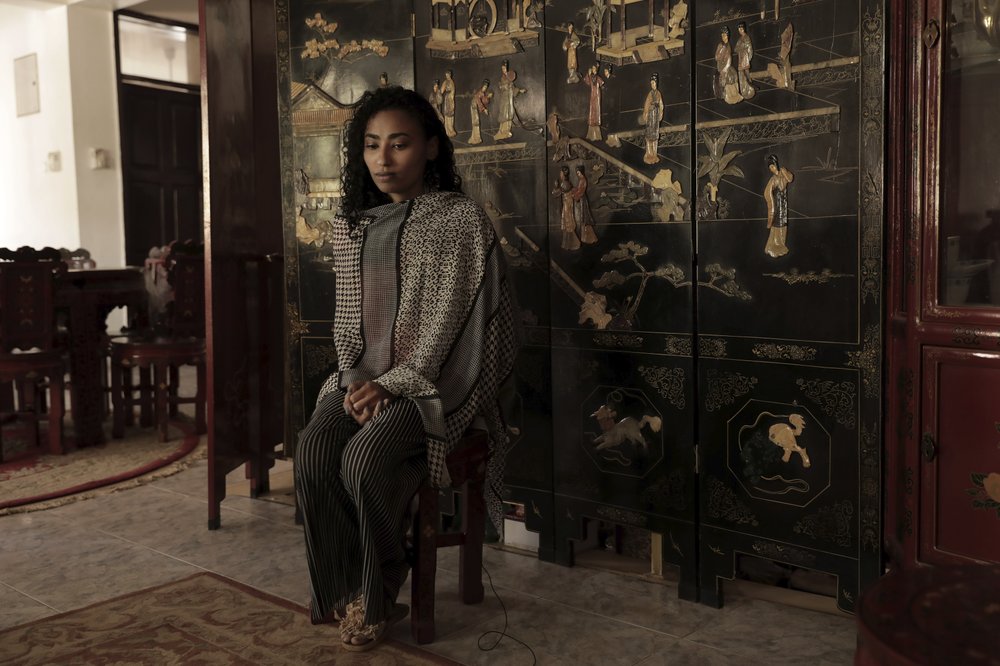 KHARTOUM, Sudan (AP) — A year later, Samah still wakes up terrified during the night. She sees her rapists’ faces in her sleep. She can’t bear to look at her own body. She never goes to the streets of downtown Khartoum.

Those streets were once a place of optimism and freedom for her. The 28-year-old and hundreds of other Sudanese men and women were massed in a protest camp there, chanting for the military to end its grip on power.

But the place became a horror on June 3, 2019, when paramilitary forces stormed the camp, shooting, beating — and gang-raping. At least 60 women, including Samah, were raped over the course of a few hours that day in the streets around the protest square, according to several activist groups.

“There has been this psychological pain that will never end, that can’t be described in words,” Samah told The Associated Press.

A year later, victims of that day are still waiting for justice. Identifying and prosecuting those behind the violence — in which at least 87 protesters were killed — is a major test of whether Sudan can shed the military rule that has gripped it for decades.

But the civilians are struggling to assert authority in the face of the military’s power. The council’s deputy head — and the man considered strongest in the leadership — is Gen. Mohammed Hamdan Dagalo, commander of the Rapid Support Forces, the force that led the crushing of the protest camp.

An independent commission investigating the camp break-up already missed one deadline in February for releasing its conclusions. It may also miss the new deadline, June 22, because of the coronavirus pandemic, its head, Nabil Adib, told the AP.

Still, Adib said the panel has taken testimony from some 3,000 witnesses. It “has found a number of crimes, including rape, that were committed during the dispersal, and also identified some suspects,” he said, refusing to give details.

Victims and activists have little faith the military will allow any findings implicating top generals.

Soon after the violence, Dagalo said the troops had orders only to clamp down on a single, unruly section of the camp, not clear the whole site. He vowed that those who exceeded orders would be identified.

A military-backed prosecutor said eight RSF officers, including a major general, were charged with crimes against humanity. But there has been no word since of any being tried or detained.

The prosecutor also said there was no evidence of any rapes or sexual assaults.

But activists have been steadily documenting victims.

“It was an orchestrated scenario […] All was by order and systematic,” said Sulima Ishaq Sharif, who at the time headed a trauma center at Khartoum’s Ahfad University.

The center documented at least 64 people raped. The Sudan Doctors Union, identified at least 60, said Dr. Howida al-Hassan, a member of the union. Both say the number is likely considerably higher, since many victims fear speaking up. Several men were among those raped, and many more women were sexually assaulted.

The AP spoke to six rape victims. They told similar stories of RSF fighters corralling up fleeing protesters, beating them, sexually molesting the women and gang-raping some. The AP is identifying them only by first names.

The RSF and other security forces descended on the sit-in around 3 am on June 3. Around 1,300 protesters ran in a mass panic as forces set on them with live ammunition, tear gas, whips and sticks.

Sayeda, a 39-year-old mother of three, was among dozens who fled into the University of Khartoum Mosque, thinking they would be safe. But fighters stormed in, she and other survivors said.

Sayeda was grabbed as she tried to flee out the mosque’s back door.

As the soldiers harassed her, she pleaded with them to let her go home to her children. When she slapped one, they started beating her. They pulled off her clothes and cut off her underwear. Four raped her, biting her breasts so hard they bled, she said.

Samah, meanwhile, ran from the camp and made it a few blocks away when she was caught along with several others by RSF fighters. Samah saw the fighters pull one woman away, shouting that they would rape her. She heard the woman screaming.

Other troops dragged Samah into the nearby al-Bashir Medical Center. One hit her with his rifle butt. They groped her as they stripped her robe and shoved her to the ground. One pinned her hands to the floor as three of them raped her.

“I was trying to scream but they shut my mouth,” Samah said.

She felt that each one had had a specific role in a specific mission. “They did not do this for enjoyment,” she said. “They did so to break us down.”

Mayada, a 22-year-old who had set up a sidewalk tea shop in the protest site, said she was raped by four RSF fighters.

She became pregnant from the rape, with twins. Over the next months, she tried to cause a miscarriage, hurting herself, carrying heavy objects and jumping off furniture. In March she gave birth to a daughter, Marwa. The other twin, a boy, died.

Mayada doesn’t know her rapists’ names, much less which is the father. She gave the girl to a foster home — temporarily at least — because she said she is too poor and ill to care for her.

“She has no guilt. It’s me who feels guilty.”

Most of the women never told their families what happened, wrestling with the trauma in secret. Also weighing on them is their belief that those they blame will never be punished — “since they rule the country,” Samah said.

Her wounds are reopened whenever she sees Dagalo on TV, she said.

“Watching him sends chills through my body.”

Image: In this Jan. 11, 2020 photo, Sudanese activist Dr. Sara Ali Abdulla sits on a chair in her home, in Khartoum, Sudan. Over the past year, activists have been steadily documenting rape victims. They believe it was a coordinated campaign ordered by the military’s top leadership to crush the spirit of the pro-democracy movement. The trauma center at Khartoum’s Ahfad University documented at least 64 rape victims. Abdulla managed to get out of the mosque compound. “We heard women screaming and crying” as they were raped, she said. (AP Photo/Nariman El-Mofty)