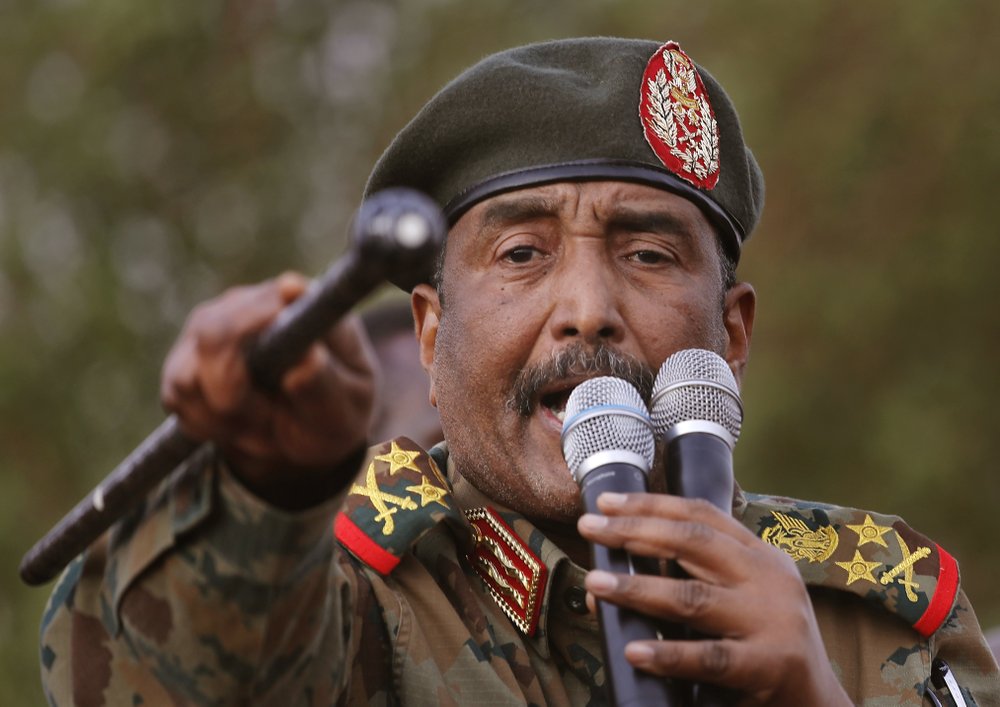 JERUSALEM (AP) — Sudanese officials confirmed on Thursday that a senior US-Israeli delegation flew to Sudan on a private jet this week to wrap up a deal that would make Sudan the third Arab country to normalize ties with Israel this year.

Such a deal would deepen Sudan’s engagement with the West after President Donald Trump’s conditional agreement this week to remove the North African nation from the list of state sponsors of terrorism. It also would deliver a foreign policy achievement for Trump as he seeks re-election on November 3, and give a boost to his embattled ally, Israeli Prime Minister Benjamin Netanyahu.

Trump’s national security adviser, Robert O’Brien, told the “Fox & Friends” program on Thursday morning that “there’s more to come” after the recent US-brokered accords between Israel and the United Arab Emirates and Bahrain.

“I think we’re going to have some announcements soon on that front,” O’Brien said.

Official data posted on the website FlightAware said a private plane flew Wednesday from Tel Aviv to the Sudanese capital of Khartoum, where it stayed for roughly seven hours before returning to Tel Aviv.

Two senior Sudanese officials confirmed the visit. One of them, a senior military figure, said the US-Israeli delegation came to put final touches on a deal establishing ties with Israel. The delegation included Ronen Peretz, the acting director-general of Netanyahu’s office, and Brig. Gen. Miguel Correa, the senior director for Gulf Affairs on the US National Security Council, the official said.

They met with Gen. Abdel-Fattah Burhan, the head of Sudan’s transitional government, and a top adviser to Prime Minister Abdalla Hamdok, he said.

A second official said the emerging deal would include Israeli aid and investment, particularly in technology and agriculture. The Americans and Israelis also promised to talk to allies in the Gulf and the West to bring investment and debt relief to Sudan. The visit came at a time of protests in Khartoum and elsewhere in Sudan over dire economic conditions.

The officials did not give a time frame but said an announcement could come at “any time” from Trump. They spoke on condition of anonymity pending a formal announcement.

“Secretary Pompeo applauded Prime Minister Hamdok’s efforts-to-date to improve Sudan’s relationship with Israel and expressed hope that they would continue, and underscored continuing US support for Sudan’s ongoing democratic transition,” she said.

The deal would hinge on Sudan following through on its pledge to deliver $335 million to compensate American victims of past terror attacks and their families. The money is meant for victims of the 1998 bombings of US Embassies in Kenya and Tanzania by the al-Qaida network while its leader, Osama bin Laden, was living in Sudan.

On Thursday, the US State Department said it had been informed by Sudan that the transfer of the funds would be concluded shortly.

Getting off the list is a key incentive for the Sudanese government to establish official ties with Israel. It would open the door for Sudan to get international loans and aid needed to revive its battered economy and rescue the country’s transition to democracy.

Sudan is on a fragile path to democracy after a popular uprising last year led the military to overthrow the longtime autocrat, Omar al-Bashir. A military-civilian government rules the country, with elections possible in late 2022.

Both Netanyahu’s office and the Israeli Foreign Ministry declined comment, as did the US Embassy in Israel.

Trump appears eager to complete the deal before the US election, hoping for another foreign policy achievement following the US-brokered diplomatic pacts between Israel and the UAE and Bahrain, known as the “Abraham Accords.”

While Sudan does not have the influence or wealth of the Gulf Arab countries, a deal with the African country would be deeply significant for Israel.

Sudan hosted a landmark Arab League conference after the 1967 Mideast war where eight Arab countries approved the “three no’s”: no peace with Israel, no recognition of Israel and no negotiations.

In 1993, the US designated Sudan a state sponsor of terrorism, in part for its support of anti-Israel militant groups, including Hamas and Hezbollah. Under al-Bashir, Sudan was believed to have served as a pipeline for Iran to supply weapons to Palestinian militants in the Gaza Strip. Israel was believed to have been behind airstrikes in Sudan that destroyed a weapons convoy in 2009 and a weapons factory in 2012.

Netanyahu has made it a priority to forge ties with formerly hostile countries in Africa and the Arab world in the absence of any progress with the Palestinians during his more than decade in office. Netanyahu believes that outside pressure could force the Palestinians into abandoning their traditional demands for a state in all of the West Bank, Gaza Strip and east Jerusalem — lands Israel captured in 1967. The Palestinians have condemned the Arab outreach to Israel as a betrayal of their cause.

After trumpeting the new deals with the UAE and Bahrain, Netanyahu would welcome another diplomatic breakthrough at a time when his popularity has plunged at home due to his handling of the coronavirus crisis and the damage it has caused to the Israeli economy.

Israel this week began emerging from its second nationwide lockdown, but many businesses remain closed and unemployment is close to 25 percent, according to government data.

By JOSEF FEDERMAN and SAMY MAGDY

FILE – In this June 29, 2019 file photo, Sudanese Gen. Abdel-Fattah Burhan, head of the military council, speaks during a military-backed rally, in Omdurman district, west of Khartoum, Sudan. Officials in Sudan confirmed that a senior US-Israeli delegation flew to Sudan on a private jet Wednesday, October 21, 2020, and met with Burhan and others to wrap up a deal that would make Sudan the third Arab country to normalize ties with Israel this year. (AP Photo/Hussein Malla, File)

Sudanese strains surface as US pressure triggers debate on Israel

Trump says Sudan to be removed from terrorism list