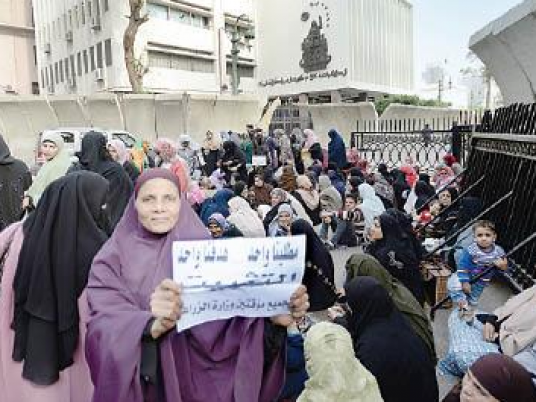 Port Said Governor, Adel al-Ghadban, announced the discovery of a statue of an Egyptian female farmer, known in Arabic as “al-Fallaha al-Masreyya”, by Egyptian sculptor Mahmoud Mokhtar during the renovation of the Saad Zaghloul Park in al-Arab neighborhood, one of the oldest gardens in the Port Said.

The statue was discovered by professor Essam Darwish, from the Faculty of Art Education in Zamalek, while he was inspecting Saad Zaghloul Park as part of a renovation project, said the governor.

The governor added that the rare statue had experienced some damage. According to Darwish the artifact was made of bronze and was cast in Italy.

A committee of sculpture professors was assigned to renovate the statue, which will be displayed at Port Said National Museum after restoration, according to Ghadban.