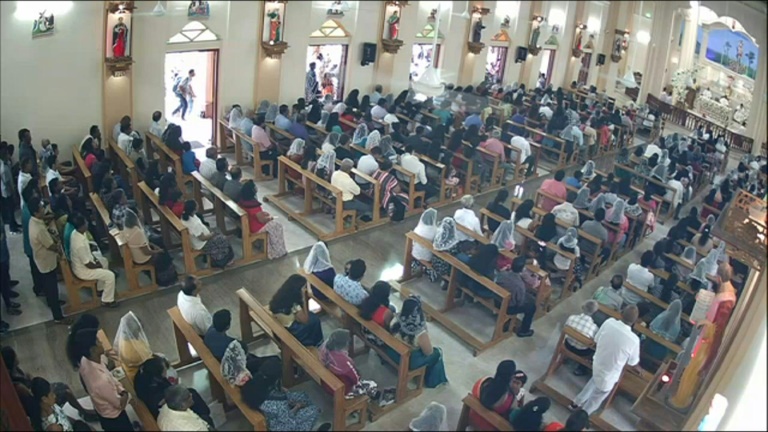 A Sri Lankan security dragnet hunting those responsible for horrifying bombings that claimed more than 350 lives has scooped up a further 18 suspects, police said Wednesday, as pressure mounted on politicians to explain why no one acted on intelligence warnings.

The government announced there would be sackings in the security forces and police leadership following Sunday’s attacks on churches and luxury hotels as the death toll in the suicide blasts rose to 359.

Authorities were urgently investigating a claim by the Islamic State group that it staged what was one of the worst militant strikes on civilians in Asia.

The new arrests were made in night-time raids using emergency powers introduced since the attacks, said police spokesman Ruwan Gunasekera.

“Based on information, we raided three locations and arrested 17 suspects,” Gunasekera said. “Another suspect was arrested at a fourth location.”

Prime Minister Ranil Wickremesinghe said Tuesday that police were hunting for more armed suspects and that further attacks were possible. “We are trying to apprehend them,” he said.

Police have announced 58 arrests since the bombings on three churches and three hotels. An attack on a fourth hotel failed.

Amid the frantic hunt for suspects, Islamic State claimed responsibility for the strikes and released photos and video of the men it said took part or organized the attacks.

Seven of the eight men in the images had their faces covered. Islamic State called them “blessed attacks” on the “infidel holiday”.

The authenticity of the images could not be independently verified but experts said the attacks bear many of the hallmarks of a coordinated Islamic State operation.

The government has blamed a local Islamist group, National Thowheeth Jama’ath (NTJ), and said they were investigating whether the bombers had foreign help.

In the video released by Islamic State, a man believed to be NTJ leader Zahran Hashim leads the group in a pledge of allegiance to Islamic State group chief Abu Bakr al-Baghdadi.

Police originally gave the name of the NTJ leader as Zahran Hashmi, but Muslim community leaders told AFP it is spelled “Hashim”.

Wickremesinghe said security services believed there were “foreign links and some of the evidence points to that.”

Sri Lankan police sources told AFP that two Muslim brothers, sons of a wealthy Colombo spice trader, blew themselves up at the Shangri-La and the Cinnamon Grand hotels.

The Kingsbury hotel in the capital was the last one hit.

A fourth attack against a hotel on Sunday failed, authorities said. The would-be attacker was followed back to a Colombo house where he blew himself up and killed three police commandos.

The funerals of dozens more victims were to be held Wednesday but the government is also embroiled in recriminations over warnings about the attacks that were made up to two weeks before they were carried out.

President Maithripala Sirisena, who is also defense and law and order minister, said late Tuesday he would carry out a complete reorganization of security forces and police.

“I hope to make major changes in the leadership of the security forces in the next 24 hours,” Sirisena said in a nationwide address.

Sri Lanka’s police chief issued a warning on April 11 that NTJ suicide bombings were possible and alerts had been given by a foreign intelligence agency.

Wickremesinghe has acknowledged that the information was not passed to his office or other top ministers.

CNN reported that Indian intelligence services had passed on “unusually specific” information in the weeks before the attacks, and that at least some of it came from an IS suspect in their custody.

Sri Lankan Muslim leaders said they have also made many complaints to police about Hashim’s activities in recent months. His whereabouts after the bombings were unknown.

Work was continuing to identify foreign victims in the blasts.

A Danish billionaire lost three of his children in the attacks, a spokesman for his company said.

The United Nations said at least 45 children, Sri Lankans and foreigners, were among those who lost their lives.

Of the three churches targeted, two are in the Colombo region and one is in the eastern city of Batticaloa.

Ethnic and religious violence has plagued Sri Lanka for decades. A 37-year conflict with Tamil rebels was followed by a more recent upswing in clashes between the Buddhist majority and Muslims.