Facebook Twitter LinkedIn
Youth and Sports Minister Ashraf Sobhi, who acts also as president of the executive office of the Council of Arab Ministers for Youth and Sports, participated Thursday 29/9/2022 as a keynote speaker in the proceedings of the International Government Communication Forum (IGCF) at the Expo Centre Sharjah.
Organized by the International Government Communication Centre, a Sharjah Government Media Bureau initiative, the theme of this year’s IGCF is “Challenges and Solutions.”
Delivering his speech, the minister extended thanks and appreciation to all the UAE leaderships, along with the organizers of the forum.
This forum will come out with fruitful recommendations through the workshops and the various dialogue sessions listed on its agenda, Sobhi said.
Lauding the depth of ties binding Egypt and the UAE, he also affirmed the keenness of the political leadership on boosting bilateral ties on multiple fronts.
The minister, meanwhile, pointed out to Egypt’s successful experiment in upgrading sports infrastructure and facilities nationwide.
Sobhi also referred to the many unique achievements made by the sporting champions in several tournaments, stressing the never-ceasing support of President Abdel Fattah El Sisi to all sports activities in Egypt.
He further drew attention to the ongoing preparations for the COP27 conference, which due to be held in the Red Sea resort of Sharm El Sheikh in November.
Tags
Ashraf Sobhi president of the executive office of the Council of Arab Ministers for Youth and Sports Youth and Sports Minister 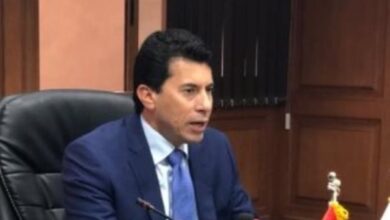 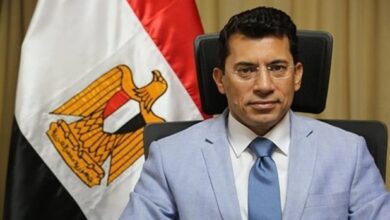